When the Game of Life Owns All Other Games

My name is Flint Stocks.  Some of you may know me from my extensive writings on the now indefinitely missing in action game review site, GameXotic.com.  Others may not know me at all.  When Warren Dance recently suggested I do some writing for Opium Pulses, I was honored.  I felt like it was a great opportunity to dust off my keyboard after the long hiatus from writing that resulted from the untimely demise of GameXotic.  It was a disaster which stemmed from a classic case of real life problems getting in the way of gaming.  It’s a subject worth talking about.

The 1996 smash hit, Quake, ushered in a new era of gamers.  These were largely 20 something nerds who played into the late hours of the night shouting at the screen when they didn’t make the top 3 slots on the frag list in death match.  It was easy to play 12 hours in one sitting, sleep for three hours, then head to work, where they would mope around all day in an irritable haze.

In 1999, Everquest took the stage.  It captured the attention of millions of gamers, immersing them in a fully realized world, packed with wonder and excitement.  It was an experience so captivating that an entire generation of gamers was held hostage in a 3 dimensional game environment where in game interactions became more important than real life.  People were fired from their jobs.  Relationships were shattered over inattentive partners.  Lives were destroyed.

Aug 10, 2005, South Korean gamer, identified as Lee, dies of heart failure from exhaustion after playing Starcraft in an internet café for 50 hours straight.  Lee had been recently fired from his job because he skipped work to play video games one time too many.

March 5, 2010, a Korean couple allows their three month old infant starve to death while playing a video game that involved raising a virtual character of a young child.

On Jan 1, 2015, Taiwanese gamer, known as Hsieh, passes away in an internet cafe after a three day gaming binge.

Based on those accounts, one might deduce video games are the root of all evil, that no good can come from them at all.  Video game opponents have championed these cases, calling for an all out ban on video games.  However, their misguided efforts ignore one simple fact: any recreation can yield negative results.  Running, swimming, or riding a bike can end up in torn ligaments, drowning, or a fatal collision with an automobile.  Spending time with family, a seemingly wholesome pastime, might end up in resentment, bitterness, re-opening of past wounds, and endless feuds.  Yet no one is calling for bans on any of those activities.  It seems there is a special place reserved by society on the list of extraneous pursuits; one that aligns more with vices like smoking, alcohol consumption, and excessive, unprotected sex than it does with traditional hobbies like reading, bird watching, and collecting stamps.

But to have any sort of meaningful discussion, we must also weigh the benefits alongside the potential hazards.  One of the most obvious is stress relief.  Countless gamers have used video games as a means of winding down after a hard day at work.  Others get their minds off school after a particularly brutal college exam or calm their nerves after an unpleasant family argument.  I think it’s safe to say video games can be instrumental in lifting our moods every now and then.  In some cases, video games have even saved lives, according to Kelsey Gamble, who credits her recovery from homelessness to communal video game sessions with some people she was lucky enough to strike up a friendship with. 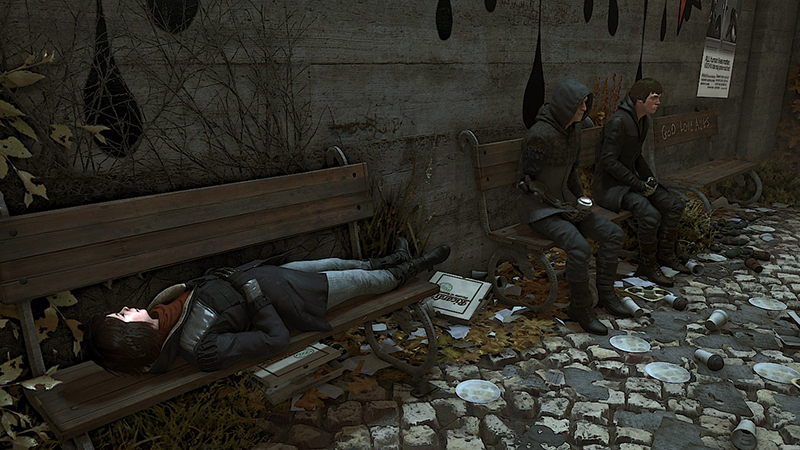 Video games could save your life!

Other games, like Brain Spa and American Mensa Academy can actually heighten IQ if used with regularity.  Adventure games like Broken Sword and Syberia can exercise problem solving skills.  Math Rescue actually teaches a player basic Mathematics.  Increasingly, video games are being used in education.  According to Jason Papallo, Education World Social Media Editor, “Game developers all over the country are working to align some educational games to Common Core State Standards, while educators and video game makers are seeing benefits in using games in a classroom context…”  Whether some people like to admit it or not, many educators are seeing the benefits of video games as part of the educational curriculum.  Jason Papallo went on to say, “Almost three in four elementary and middle school teachers say they’re using video games in their classes…”  Of course, there are critics.  In the early days of e-learning, when online courses were first introduced, some folks scoffed and shook their heads.  Now all major universities have online divisions.  When the dust finally settles, video games will likely take the same course as online classes, becoming just another standard part of education, like text books and study sheets. 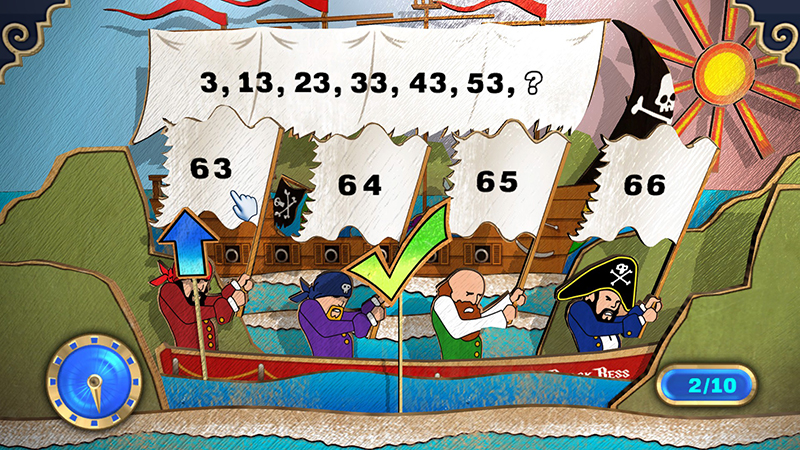 If you're dumb as a brick, American Mensa Academy might be your answer.

Games have also heavily spurred technological advancements.  Computers have come leaps and bounds to keep up with ravenous appetites of gamers.  These systems are needed to power increasingly intensive digital engines, made possible by advancements in game design techniques.  Structural load simulation models used by engineers and architects, ArcGIS data models, Hydrological datasets, scientific theoretical model testing, and even forensic analytical simulations used by Law Enforcement are all built on advancements that were made possible by video game developers like John Carmack, who first brought polygon models to gamers.  As a result of the need for more robust systems to power more resource hungry games, manufacturers of computer components have built more robust video processors and faster ram.  Massive breakthroughs have also come about in artificial intelligence through the need to create ever-smarter characters in games, controlled by computers.  Even virtual reality, which will spur a whole new world of applications, has come about largely thanks to funding from gamers to satisfy their own desires to achieve a more physical presence inside game worlds.

Training is another area where video games have proven particularly effective.  The United States Military has been using video game technology for training simulation for some time now.  Under the Radar’s Blake Stillwell mentioned six video games that the military uses for training.  Among them were Full Spectrum Warrior, Tactical Iraqi, America’s Army, a freeware game developed by the US Military, Virtual Battlespace 2, VIRTSIM System, by Raytheon, and Multi-purpose Arcade Combat Simulator, a special system developed by the U.S. Army in conjunction with a high profile Super Nintendo game developer.   Stillwell goes on to discuss how video games can assist in training soldiers in areas ranging from weapons familiarization to land navigation, combat scenarios, platoon-level group strategies, even deployment. 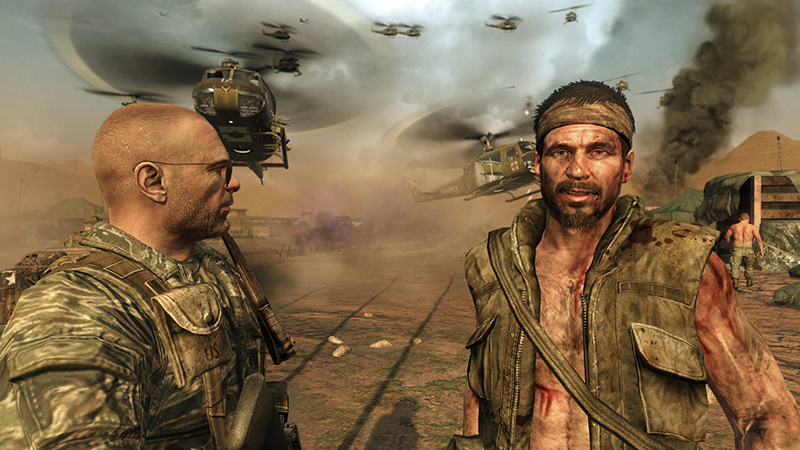 From an economic standpoint, video games have created a windfall of revenue that has fueled production in a flurry, becoming integral to the world economy.  The video game industry hit $23.5 billion in revenue in the United States alone last year.  According to Wikipedia, that revenue has led to a workforce 120,000 strong in the industry itself, with an average wage of $90,000 per annum.  Not to mention, economic stimulation from the retail market.  Even more stimulation is created through tournaments, conventions, media, and other odd jobs created as side effects of the industry.  It doesn’t take a genius to figure out that economies around the world have come to rely on video games in a big way.

So what should we do?  Quit video gaming entirely?  Or game till our eyes pop out?  The answer is always somewhere in between.  We need the freedom to utilize the things that benefit us, while also keeping the risks in perspective.  It wouldn’t serve anyone to starve themselves of something they enjoy.  At the same time there are consequences of taking it too far and ignoring responsibilities in life.  In that respect, video games are like anything else.  Play them to exercise your mind and entertain yourself, but remember, you also need to exercise your body and get proper nutrition.  One more thing. Never forget.  For most of us, the one thing playing video games will never do is pay the bills.

I Was Homeless And  Video Games Saved My Life, Kelsey Gamble, http://kotaku.com/i-was-homeless-and-video-games-saved-my-life-1762767569

Are Video Games the Future of Education?, Jason Papallo, http://www.educationworld.com/a_news/are-video-games-future-education-994027856