This is Bruce. He and his three pals have been asked to talk to a not so nice man inside a Unidad base. Scouting out you see three snipers in towers as well as four patrols making sure there is no funny business going on. There is also half a dozen grunts on the ground to keep the area tidy. Taking out the snipers is a good start so Bruce goes ahead and does that before the four of them move into the base proper.

One pal calls out a lone grunt in a bunker which is made short work of, then it is over the wall (or gate) for everyone. Just to the left is a cage of rebels which is quickly opened. The rebels, feeling a moment of true bravery/stupidity, take up weapons and charge in ahead rather than running away to recover. Bruce thinks it's their lives and they'll act as a good distraction while they switch off the generator and find the naughty man. 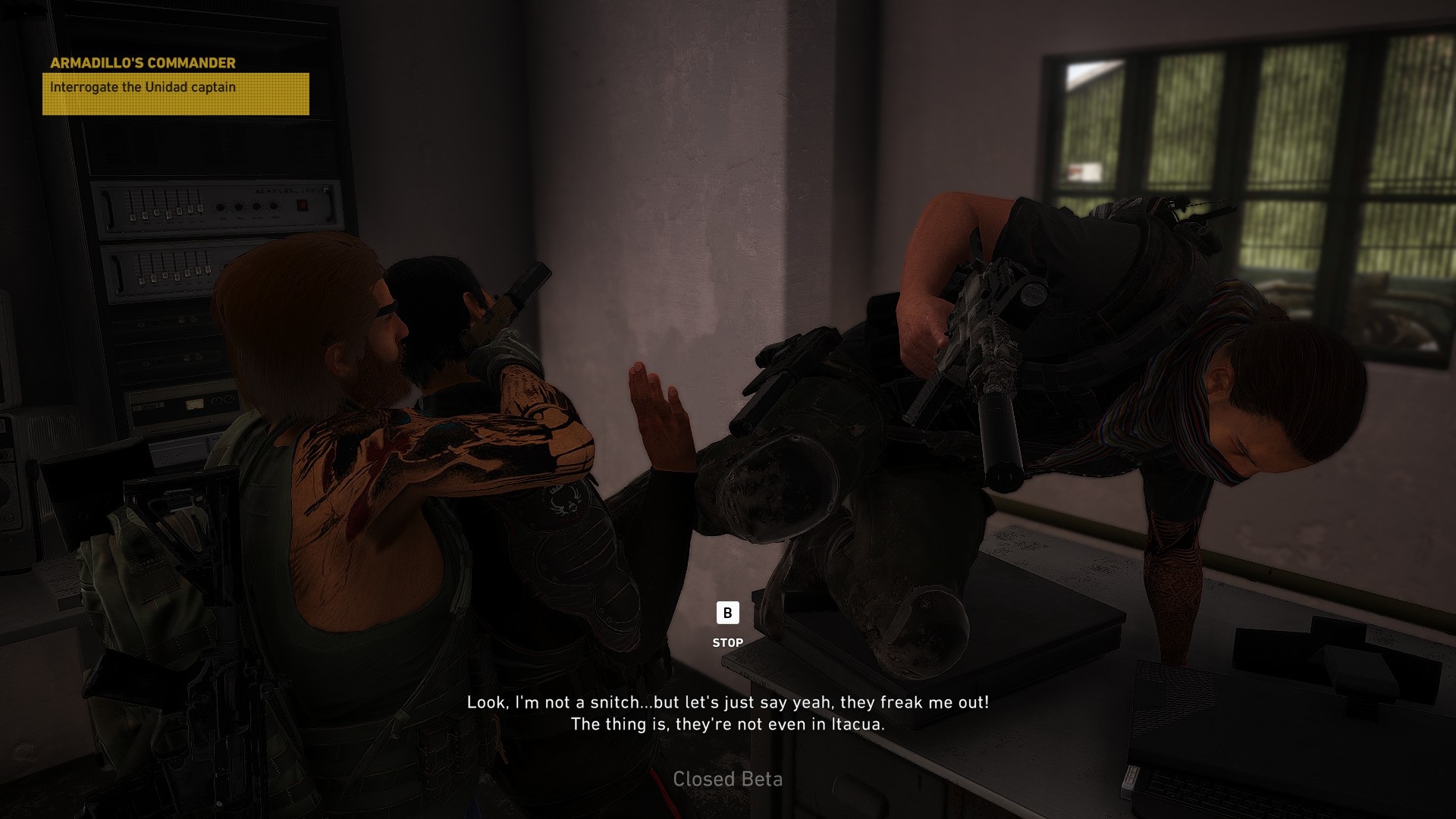 Sneaking up behind him Bruce cradles the guys head and asks him for information. Panicking, the man tells Bruce all he needs to hear before falling asleep. Unfortunately, the rebels caused such a ruckus the four patrols have turned up to quieten them down. As you slip out a side door the remaining prisoners are rounded up and shot. A job well done for Bruce and the gang.

Over four years in the making Wildlands is giving us a healthy sized closed beta. Described as “the very first military shooter set in a massive, dangerous and responsive open world that you can play entirely in 4 player co-op or solo” just how accurate is this to the game? Well, for a military shooter it is a bit arcadey but, and this is very important, it is FUN. We were given access to the first (Itacua) of 21 regions consisting of 6 main missions plus numerous side missions. 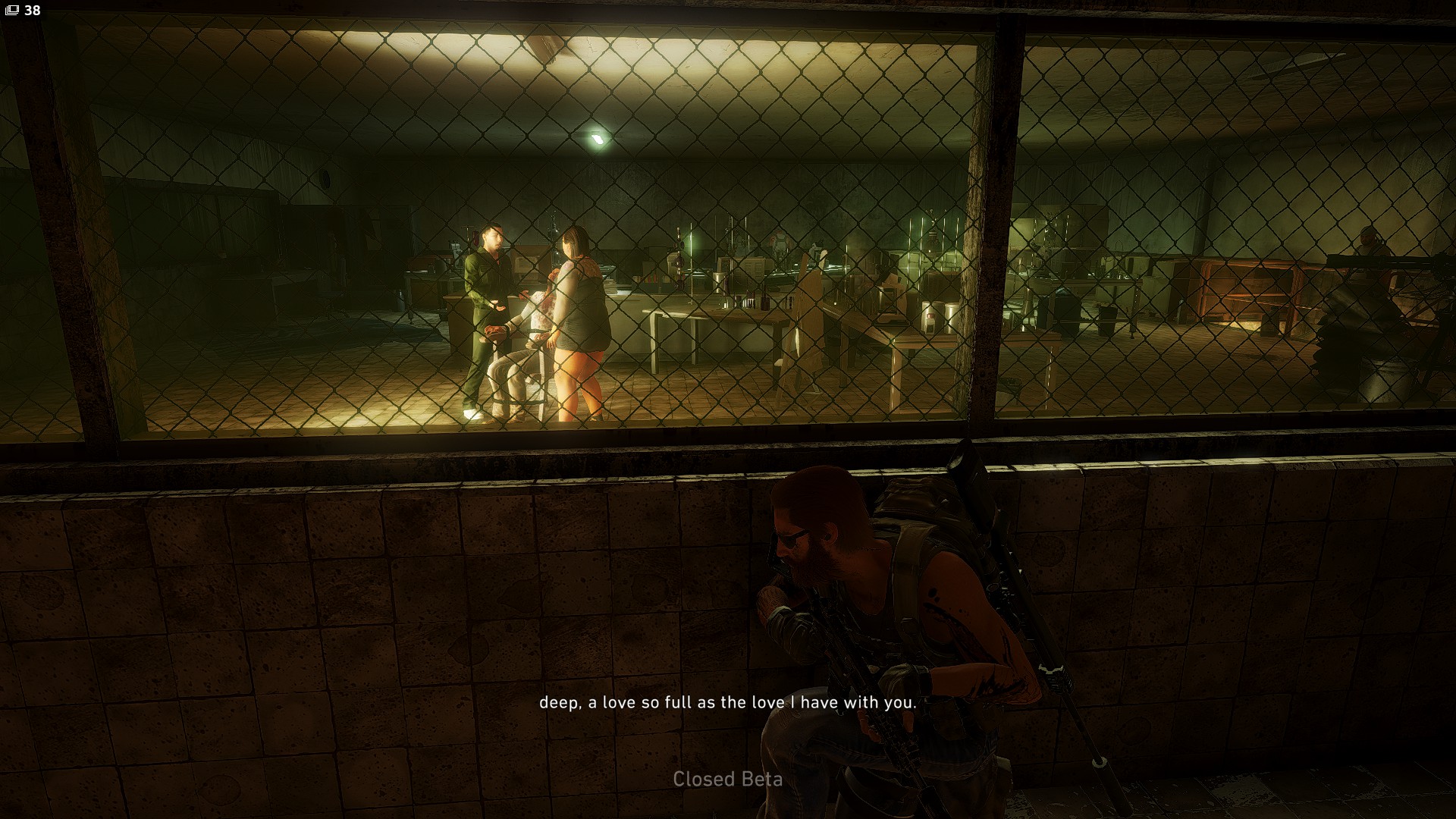 You are one of four special operatives sent in to take down the Santa Blanca Cartel after they assassinated another agent. Aiding in your struggle are the local rebels whom you must also provide support for and they, in turn, aid you. Gameplay feels very much like a slower Far Cry crossed with The Division. Charging in is never a good option (but it is an option) as this has no bullet sponging. Both you and your enemies take minimal damage before keeling over. To help you in this endeavor are three ai teammates, or real life counterparts if you wish to multiplay. Coordination is required at higher difficulty levels but at the lower end even three ai's can mop up most skirmishes without you or vice versa.

As you progress and complete missions you receive skill points and resources to level up. Depending on the skills you wish to improve you must spend a number of skill points and one of four specific resources. Resources are also provided through missions and found dotted around the countryside towns. Side missions can also reward you with Rebel Ops. These support skills give extra options such as spawning vehicles or non targeted mortar strikes, all on a reasonable cooldown. 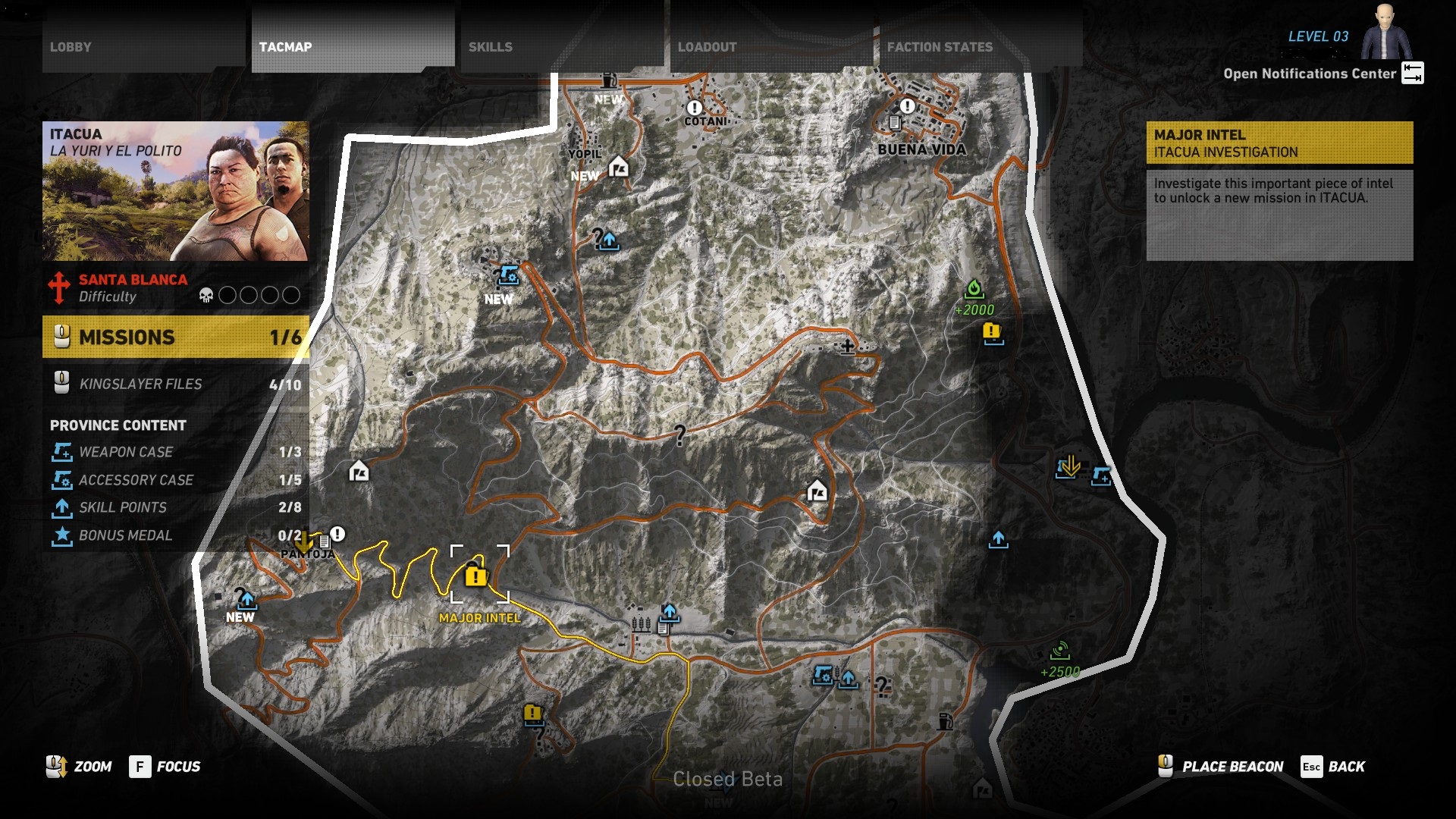 Vehicles deserve a special mention. GR:W has many modes of transport. The traditionally tricky planes and helicopters seem simple to use here which is a massive bonus. I never felt wary of getting into a chopper to travel to the next mission and the supply plane missions felt intuitive and responsive instead of sluggish and wild. On the other hand cars and trucks are pretty poor. While being impossible to stay flipped, which is nice, they can still get stuck, slide around on the road instead of feeling like you have any traction and having a head on car crash leaves both cars bumped up slightly and smoking but no passenger damage. 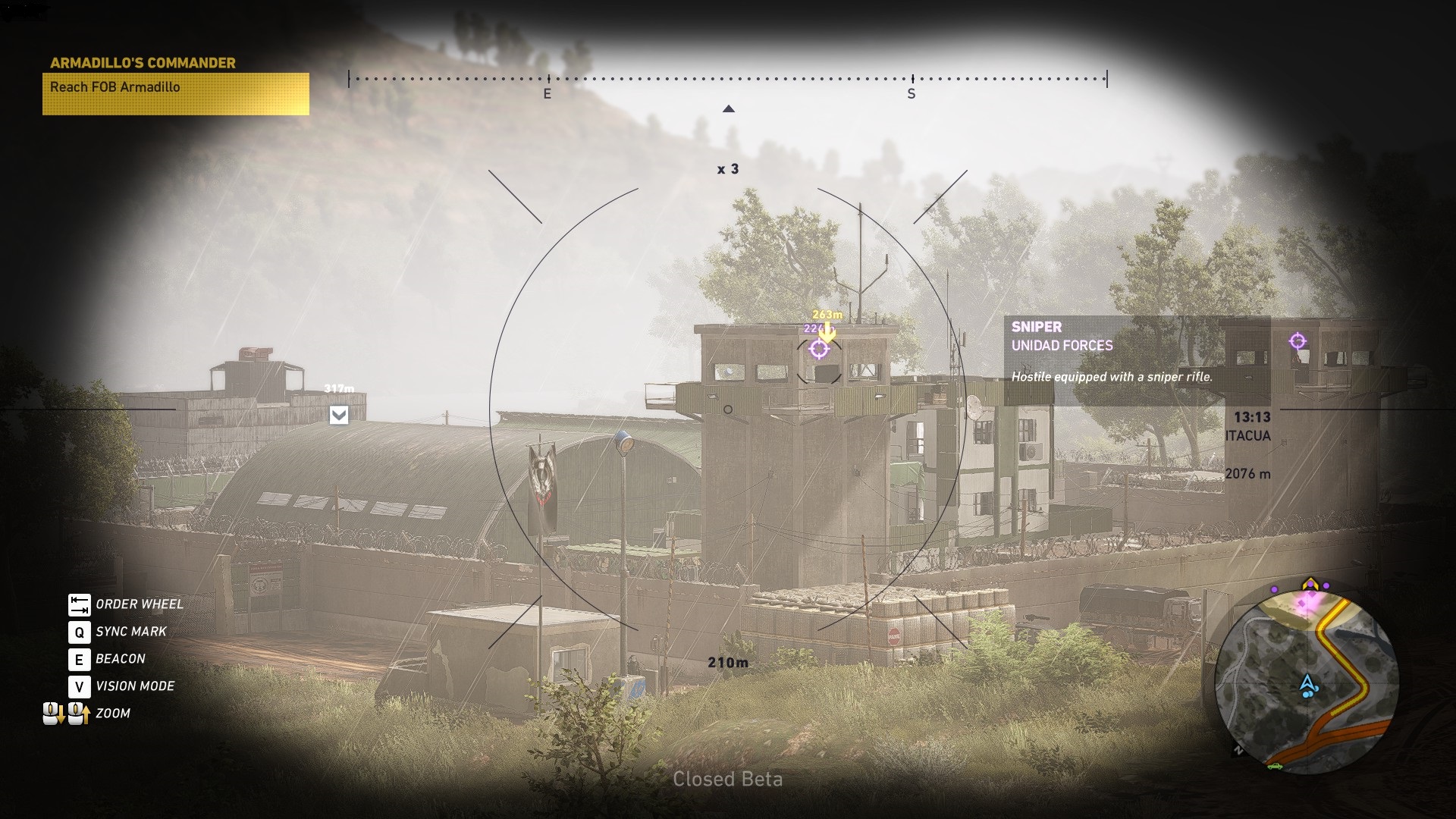 The Charactersmith creation tool offers a wide array of outfits and features including some unlockables but these are purely cosmetic, same as The Division. The Gunsmith, on the other hand, is much more useful. Allowing a fast way to change your loadout and customize your weapons to the 2 primary and 1 secondary you take along. This can be done at any time you have access to an ammo box. 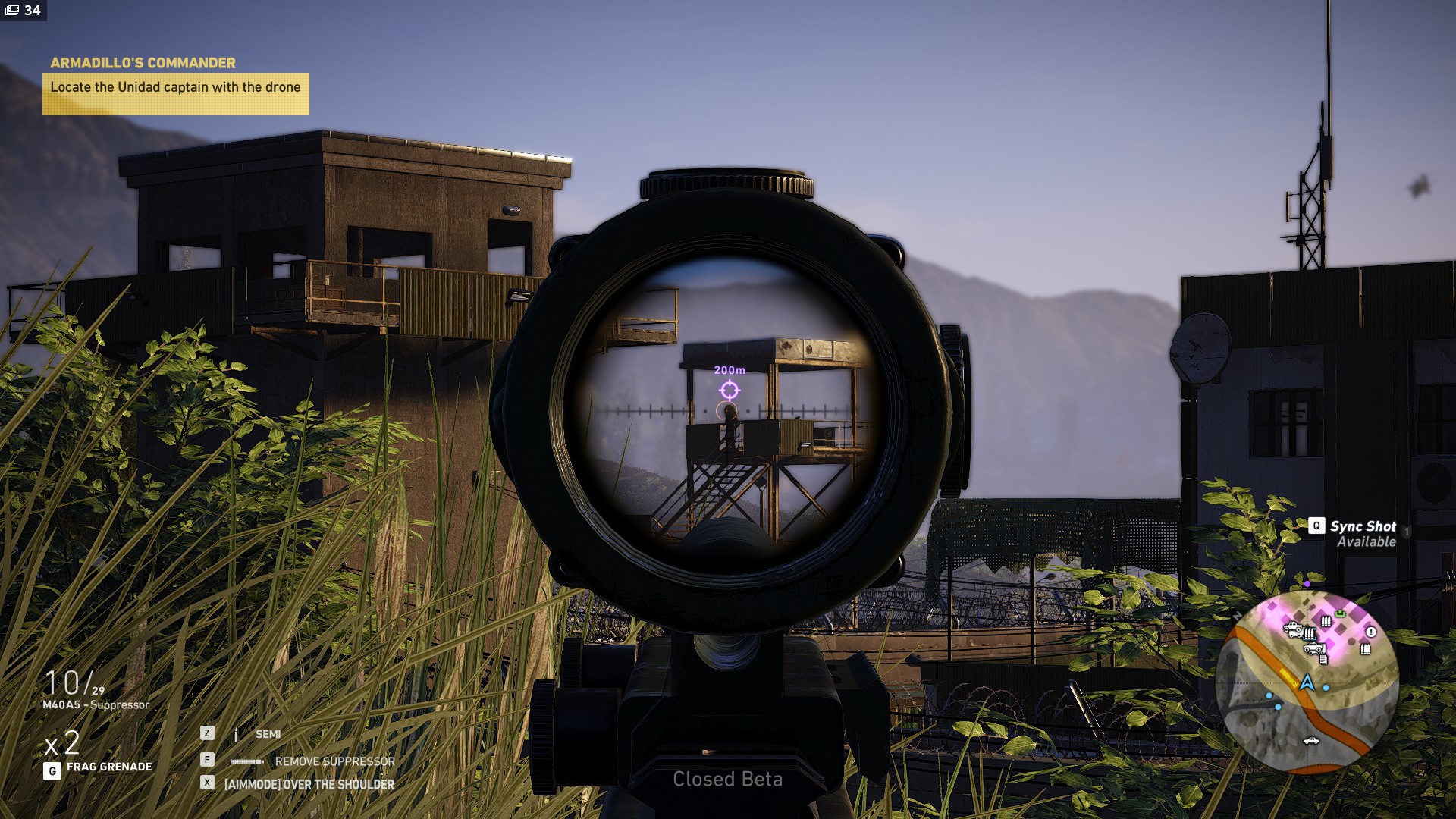 Now for the technical bit. The game looks gorgeous and a good array of graphic options are present although only a few settings for each with no sliders in sight. Slightly above recommended requirements at 1080p High Preset, god rays, motion blur and weapon sight depth of field off runs 46 fps avg. Very High Preset with the same was 37 fps both with very little waver. Also worth mentioning are the extensive options for HUD management, from individual toggling of each item including markers,prompts and XP to completely switching everything off. 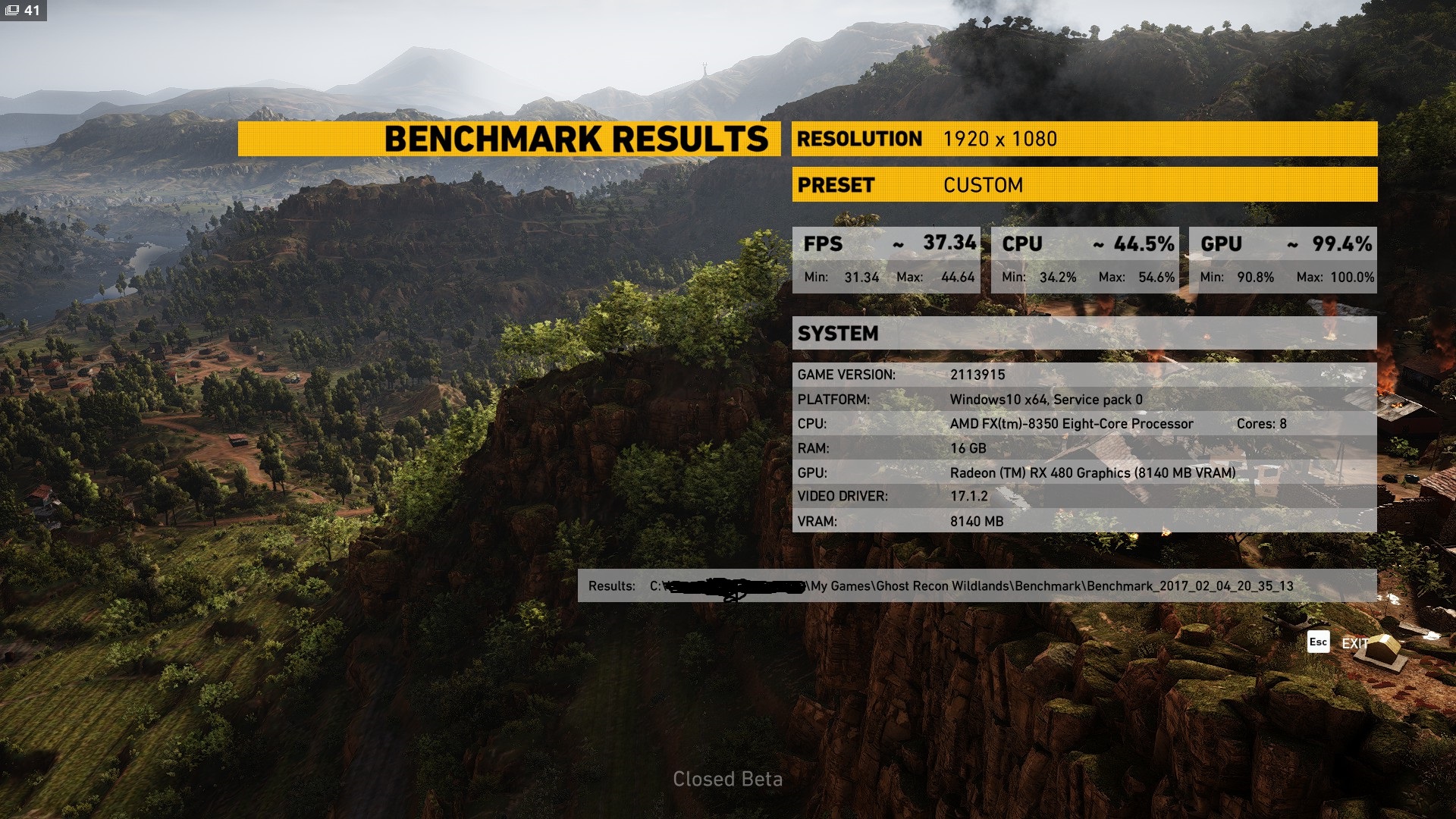 + Hints are scrollable during load screens and in the escape menu.

+/- Your basic sprint lets you run for ages before you tire compared to nearly every other title. You can upgrade it but I saw no reason to.

+ If you leave your squad behind they teleport directly into the vehicle.

- Random swearing every time you bump the car made me feel like I was playing GTA. 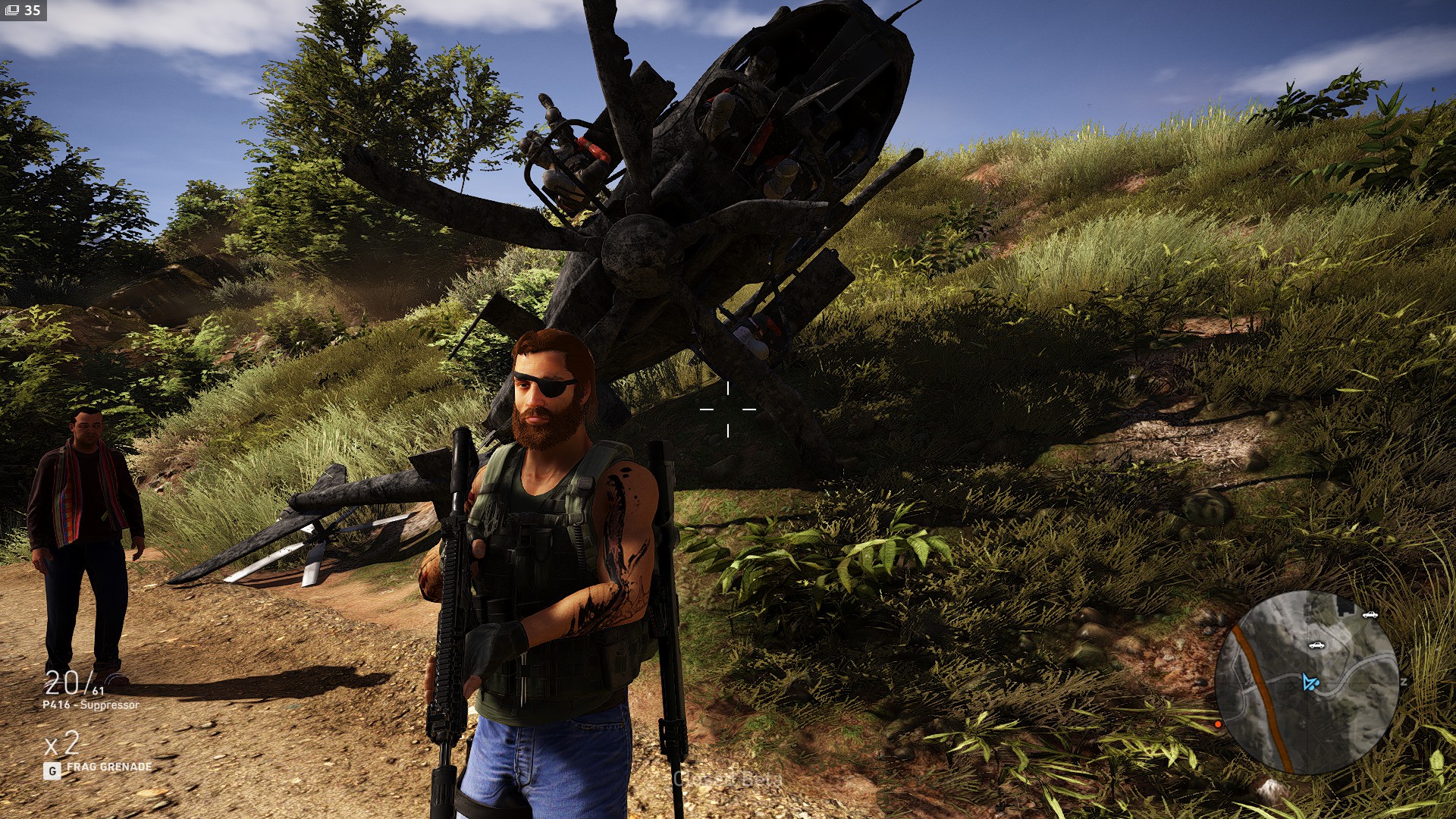 In its current state how much you will enjoy Ghost Recon: Wildlands will depend on your play style and tolerance. If you feel games such as Far Cry and Assassin's Creed have lots to keep you going and want a new military styled shooter this is probably the game for you. However, if all the busy work bogs down your enjoyment and you give up on all but story at the half way point maybe wait for a price drop. The game is fun after all just not really as tactical and rich as I hoped.