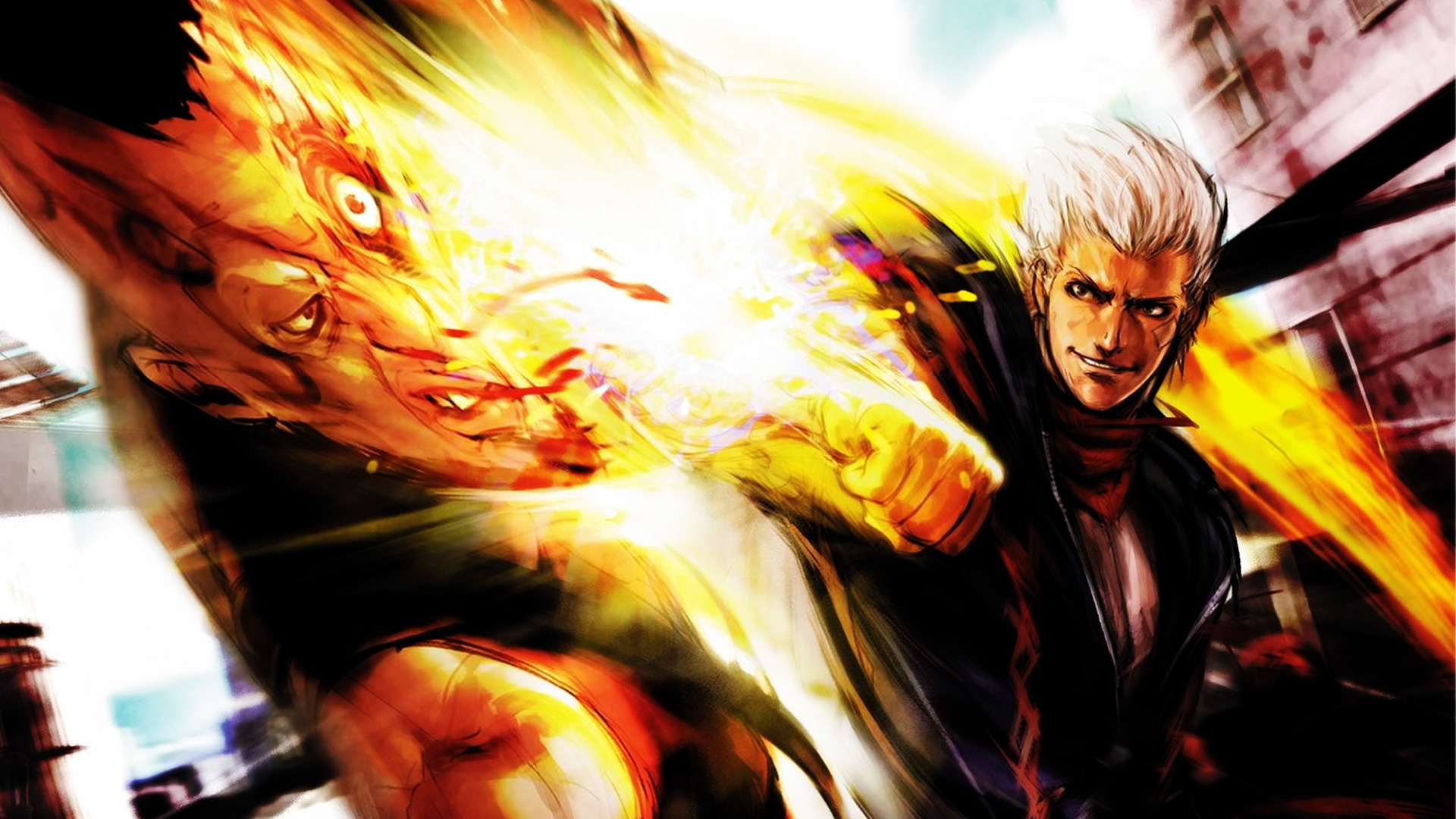 With Opium Pulse's new Retro Dose series, I decided to contribute with one of mine.
If you ever experienced Hype through a game like Metal Gear Rising Revengeance or perhaps Ninja Gaiden, if you ever experienced the fun of beating up unimportant jobbers with a wide variety of moves and weapons in a Beat'Em Up game, if you ever wanted a game that crossed the limits of your imagination when it comes to Action Combat and features little to no story and a difficulty so engraving that makes Dark Souls look like Angry Birds, then I have a game for you. 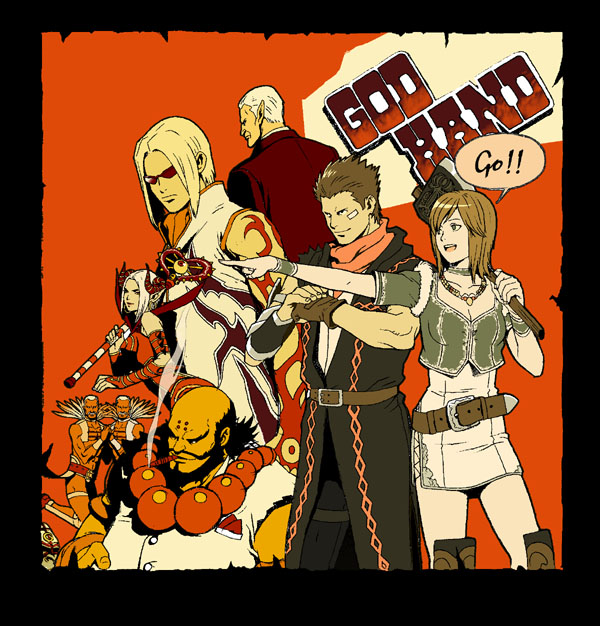 God Hand is a little forgotten gem of the Playstation 2 era, directed by Shinji Mikami (Resident Evil 4, P.N.03, The Evil Within) produced by Atsushi Inaba (Devil May Cry, Viewtiful Joe, Metal Gear Rising: Revengeance) and with soundtrack composed by Masafumi Takada (killer7, No More Heroes, Danganronpa). And is for absolute certainty one of the hypest, dumbest and most difficult games in existance. Specially seeing as Dark Souls and Nier and Nioh and potentially other games with similar syllables are quite popular these days, this would be a good time to remember it.

The game itself is quite simple, a 3RD Person Action Adventure Beat'Em Up game... Well maybe not that simple...which the player takes the form of Gene and goes around exploring each stage while beating up everything that seems sentient enough to fight back, encountering secret areas challenges powerups pickups and the good Boss Fight nearing the end of each Act. But that is about all simple about the game. 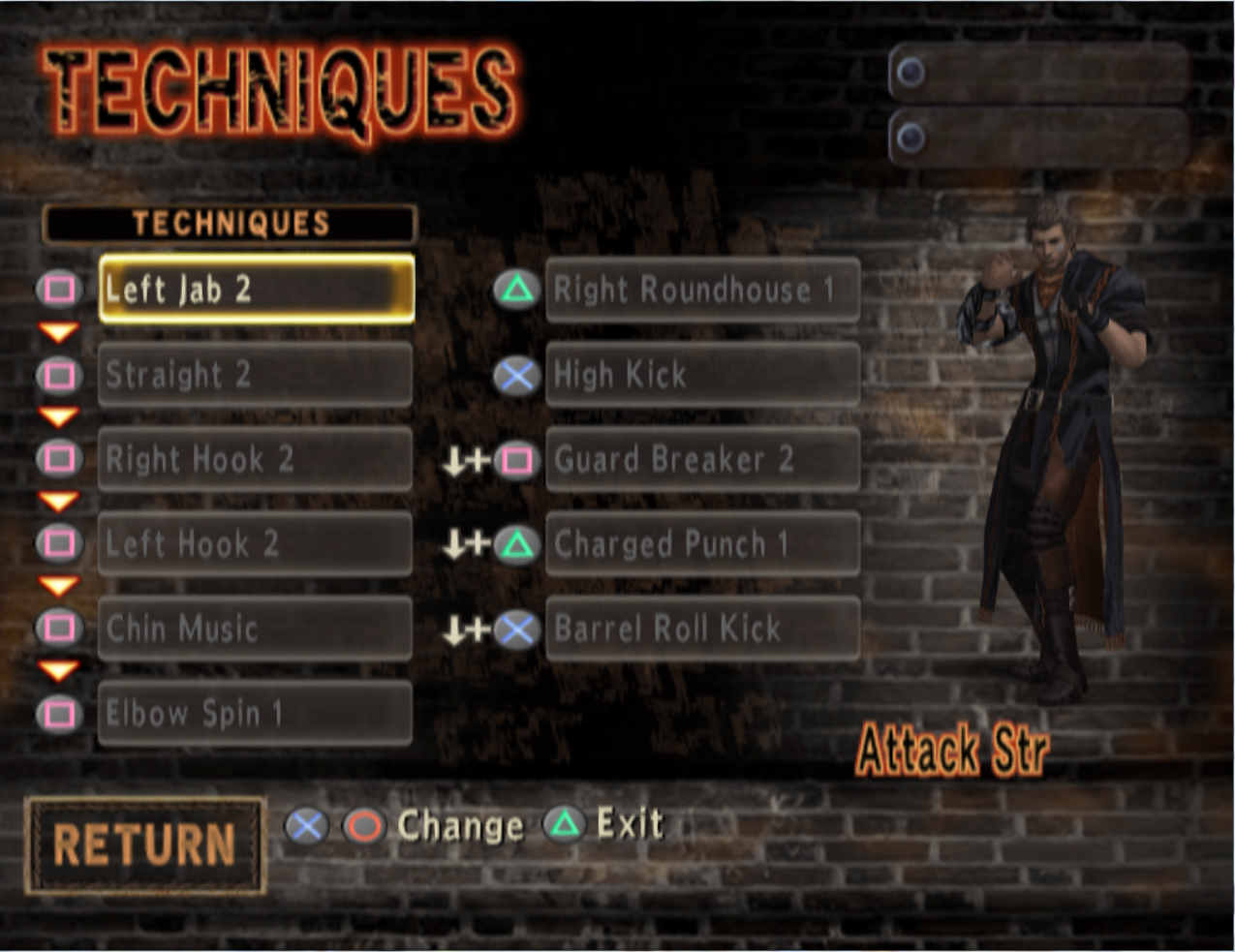 The fun comes from the insanely complex combat system; The Techniques screen allows players to pick which move belongs to each button on the controller, creating their own unique fighting style, as well as being able to purchase and find different movesets and techniques along the way of the game and upgrading the existing moves into more powerful ones; each move with it's own specific function such as Launchers or Guard Breakers or Low Sweeps or Charge Attacks.
The right stick on the controller on the other hand? A dedicated Dodge Stick. Flicking the stick upwards grants an upper body dodge, the player can spam that dodge as much as possible but will never dodge anything bellow the waist. Flick the stick backwards and Gene does a backflip away from it's current position. Sideways and you can sidedash a step to the left or right.
All together and you guessed it right; Gene does not Block. Every encounter and every bad guy, jobber or not, has the potential to Game Over you within seconds as every fight demands the player to learn not only to dodge fast enough, not only to dodge multiple characters at the same time but also to learn how to properly dodge each move with their respective dodge on the stick as to not get hit by a Low Sweep Kick or end up putting themselves in a position for even greater hurt.

The game doesn't stop there; Press the Right Trigger and Gene unleashes the God Hand, a semi-invincible state which grants greater attack speed and attack power for a limited amount of time. In order to regenerate the gauge which the God Hand fills, the player needs to fight well, dodging without getting hit and hitting without getting blocked or stopped boosts the God Hand gauge significantly. As does taunting of course, which can be done by pressing the Left Trigger.

Fighting well in itself is it's own curse; The better the player fights, the harder the AI gets. The game has a dynamic difficulty system which increases the AI Difficulty the better the player is doing and decreases otherwise, going from Level 1 through 2-3 and ending at Level Die. Which sounds about as sick as it is.

Not everything is pain and suffering tho, the game's combat is Insanely Rewarding and the overall characters and small narrative has a lot of charm to it. For a game this difficult to understand and even harder to play it you bet that winning feels awesome, the game demands a huge effort from the player but rewards it with awesome-looking fight scenes at every stage and a whole lot of variety in what to fight and how to fight, featuring dozens of different moves and fighting styles from all the most famous places such as Bruce Lee's Dragon Kick, WWE's wrestling moves and Suplex, Double Dragon's knee-to-the-head mash attack and even Jackie Chan's Drunken Master style.

The game features a lot of charming and silly locations and characters, some Boss fights so impossible you have to appreciate it, and one of the coolest fights in video game history; Gene Vs Azel (God Hand Vs Devil Hand). It's something that should be experienced at least once, you will never see action the same way after Dragon Kicking fools into the milky way.