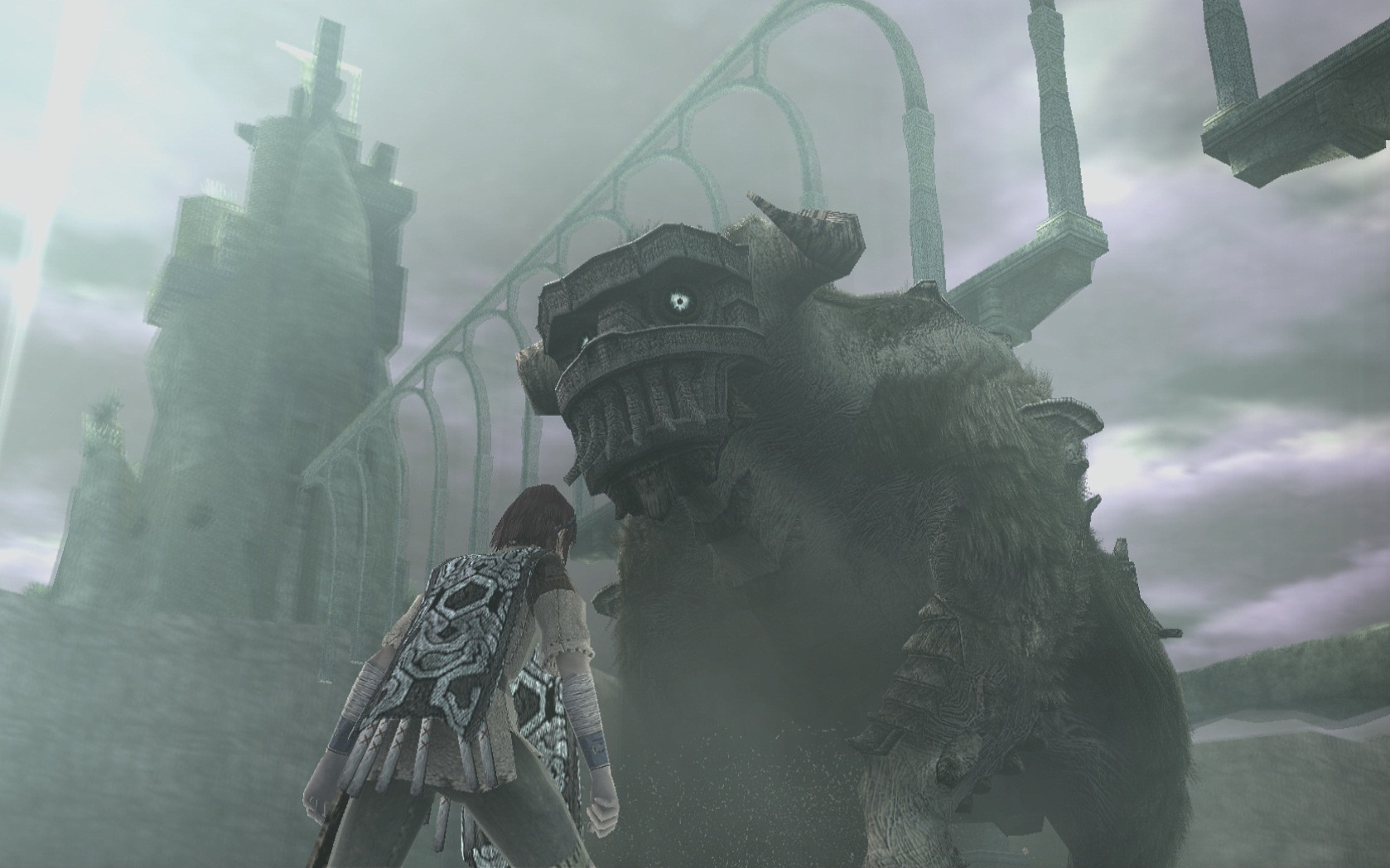 First of all, it's hard to talk about the game without spoiling anything, but I'll try to avoid it as much as I can. Secondly, trying to describe exactly what makes Shadow of the Colossus so fantastic is akin to trying to describe why the bodies of work of Picasso, Bach or Beethoven are unquestioned classics; you can do your best, but any of these examples must be experienced in full to truly be understood, and especially appreciated.

Shadow of the Colossus is a true work of art, the likes of which we've only seen approached by a very, very small amount of games ( Journey, ABZU). It was released in October 2005 in North America and Japan, then in Europe and Australia in February 2006 and was created by a company called Team ICO.
The story of the game is simple at first, but as you go deeper into the game you can see that there is much more going on - the game focuses on a young man, known only to us as Wander (or "the Wanderer"), who is tasked with finding and killing sixteen colossi that reside in a desolate expanse of land, in the hopes of resurrecting a sacrificed girl named Mono. 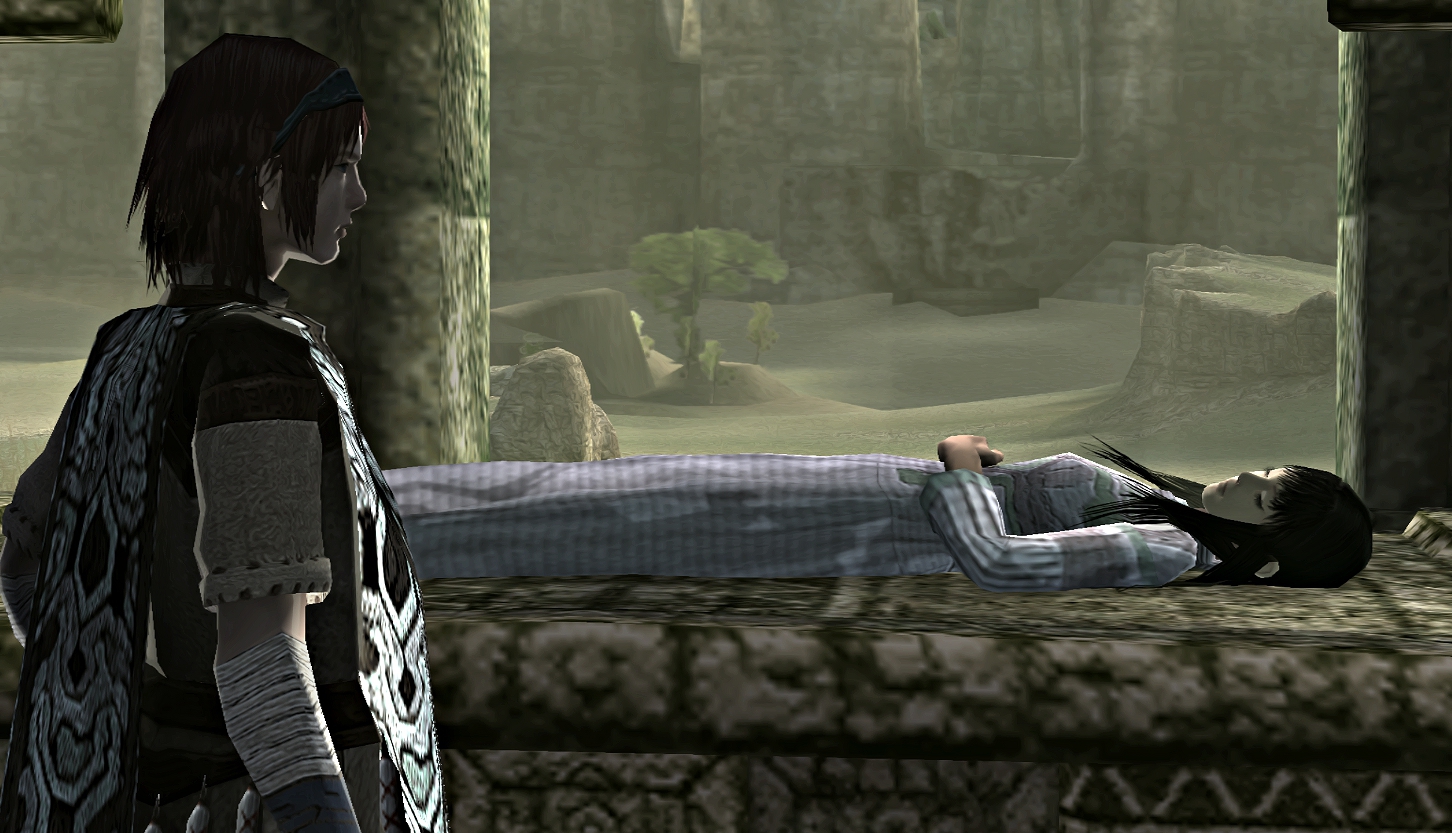 Now to explain what are those Colossi - well, there's 16 of them in the game and they are imposing creatures made of stone and dark fur resembling grass.

Colossi have a black, ichorous blood coursing through their bodies. Whenever damage is done to a colossus, this black blood will gush from the wound, creating a black mist. Striking a major sigil on the body will cause a geyser of blood to eject, indicating the severity of damage done.

The last key feature is their eyes. While no two colossi are alike, many have the same eyes: a glowing, pulsating iris surrounded by black with a deep pupil in the middle. 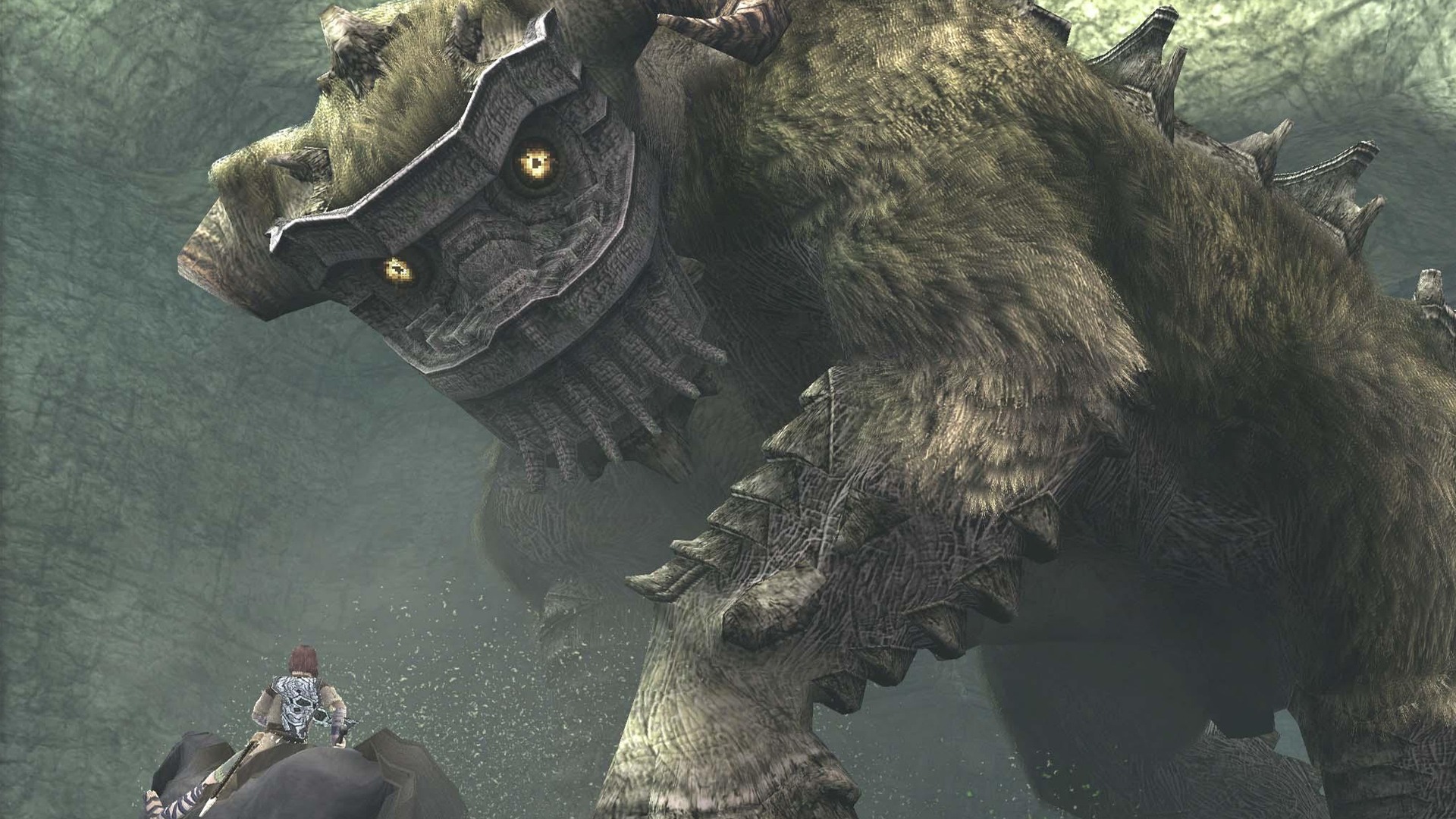 Whereas most games rely on scattering their environments with living and breathing creatures, intricate structures, various types of foliage and the like to bring their worlds to life, the near-complete lack of any of these in the world of Shadow of the Colossus forces you to essentially paint your own picture of how the world came to be as it is, why it is essentially a wasteland, or even a prison if you will, for the colossi that inhabit said land.

In this, Shadow of the Colossus excels more so than possibly any title in the history of gaming. No game has done so much with so little, and no game has focused so much of its design and gambled so much of its experience on what essentially comes down to sixteen boss battles, the traveling to them between each fight and very little else.

But even with as simple a setup as this sounds, Shadow of the Colossus is an experience that is not to be missed. Shadow practically redefines the term "cinematic" in video games, especially the sort where the player is in control during the entirety of the game. 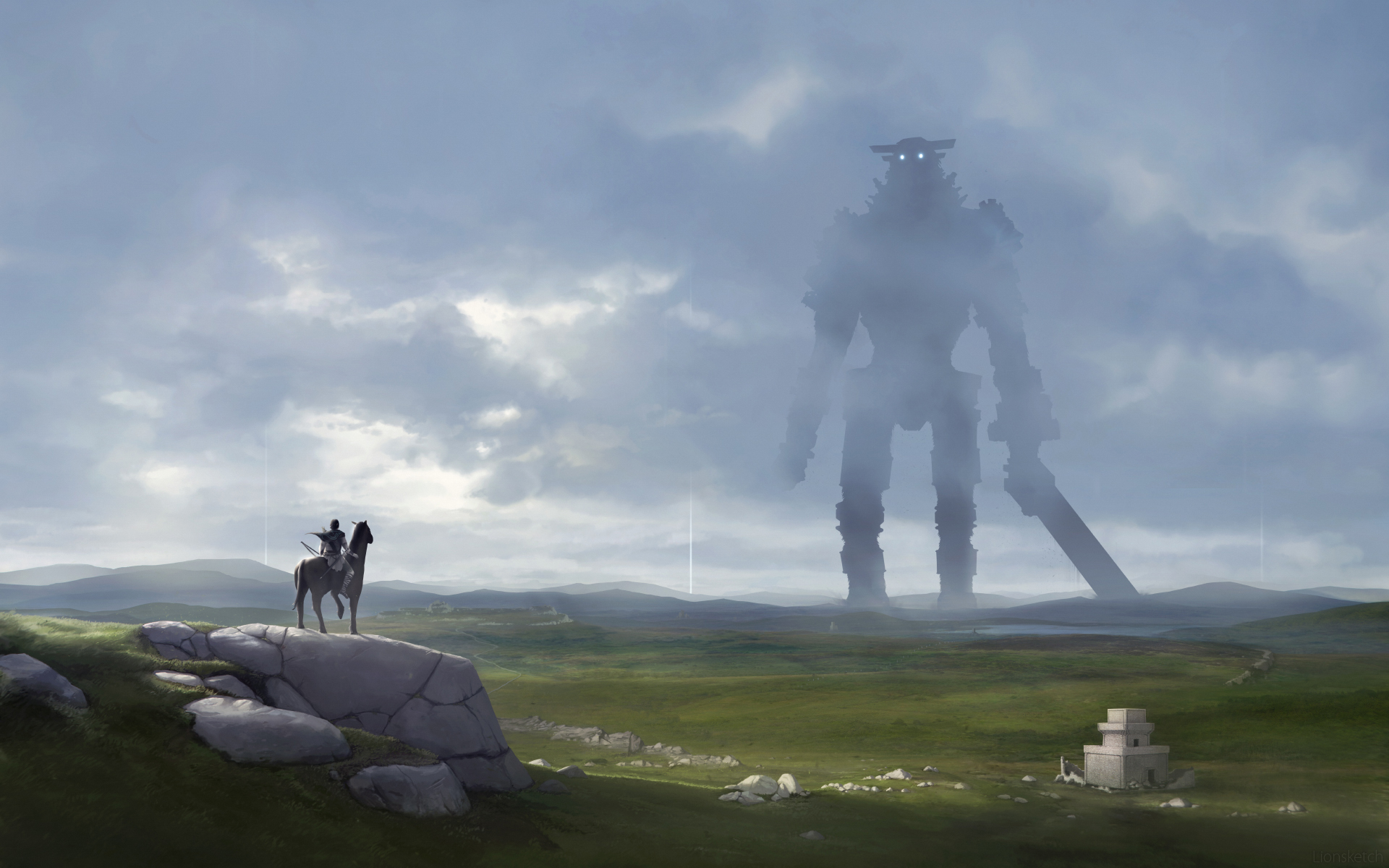 The Colossi battles are of course the most amusing part of the game, and it works kinda like Dark Souls boss battles - you have to wait for the right opportunity to strike, and the feeling you get when you finally defeat them is very satisfying. Shadow of the Colossus constantly outdoes itself the whole way through. While one fight may make you wonder how things could get any cooler, the very next one will answer that question and turn things up a couple notches. By the time you reach the end of the game, you'll begin watching other people who have just started the game and shake your head, saying, "If you think that's cool, just wait." The torture, though, is not being able to say anything more than that because anything else would ruin what is easily one of the most wondrous, rewarding and constantly wowing adventures you'll experience anywhere.

Shadow of the Colossus is easily one of my favorite games on the PlayStation 2 and ranks highly among my favorites on any system. It is a true masterpiece in terms of art direction and, dare I say, cinematography. From the fights with the colossi to exploring the world to basically just standing back and letting it all soak in, Shadow of the Colossus is an amazing experience and an absolute must-have title. So, just to show you a little glimpse of what the game has to offer, I'll show you my favourite Colossi fight - Gaius


Whew. I tried to keep this as short as possible, and I didn't even cover everything about the game simply because it's truly something that you have to experience for yourself. And now comes the question if this game could be viable remastered and it actually got a HD version for PS3 - but I wanna see a true remastered version of this game, and not only for Play Station, but for PC as well because I think everyone who has any interest in games should play this.