The Crew 2 Review and Visual Comparisons. 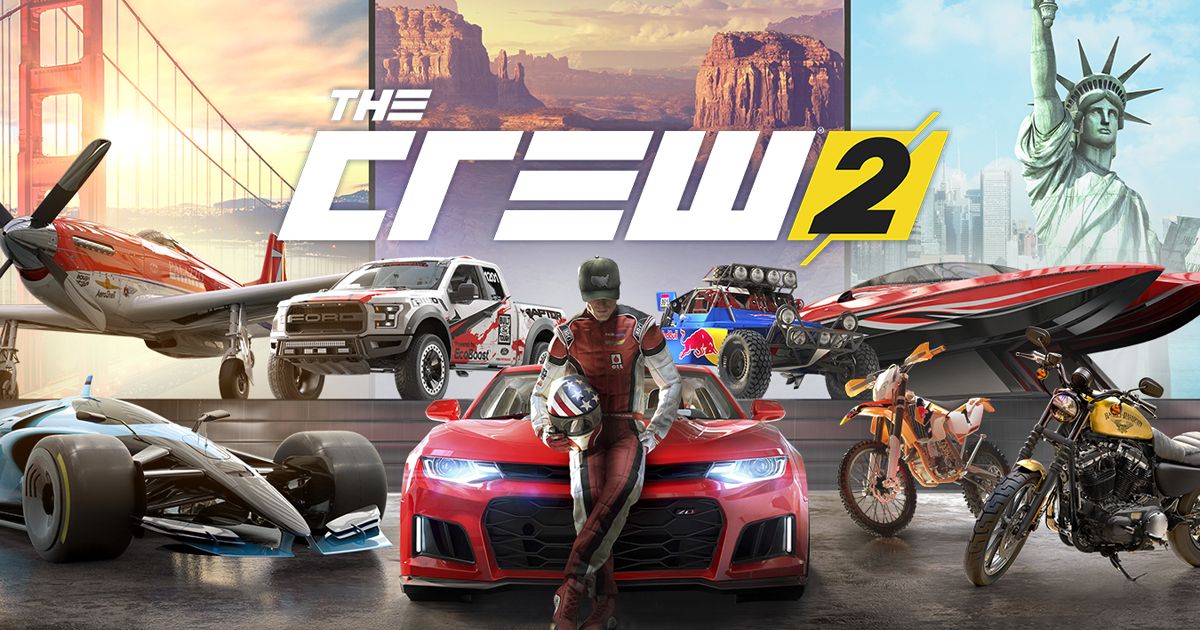 The Crew 2 so far is a huge step backwards in visual design and fidelity, the game seems to lack a certain love for attention to detail that the previous title had. I been wondering if the issues found in the game would be something to be fixed later with a patch, so far the game on release and Beta has had several imperfections and lacks what we call "Quality Of Life" features and optimizations.

In the first The Crew game, everything felt alive and entertaining to look at while driving around. You could just randomly place a waypoint anywhere in the map for any reason and just enjoy the ride watching the buildings pass by and seeing the stores and signs imagining stories of how this world came to be what it is today, much like a real road trip, watching the world go by through the windows. 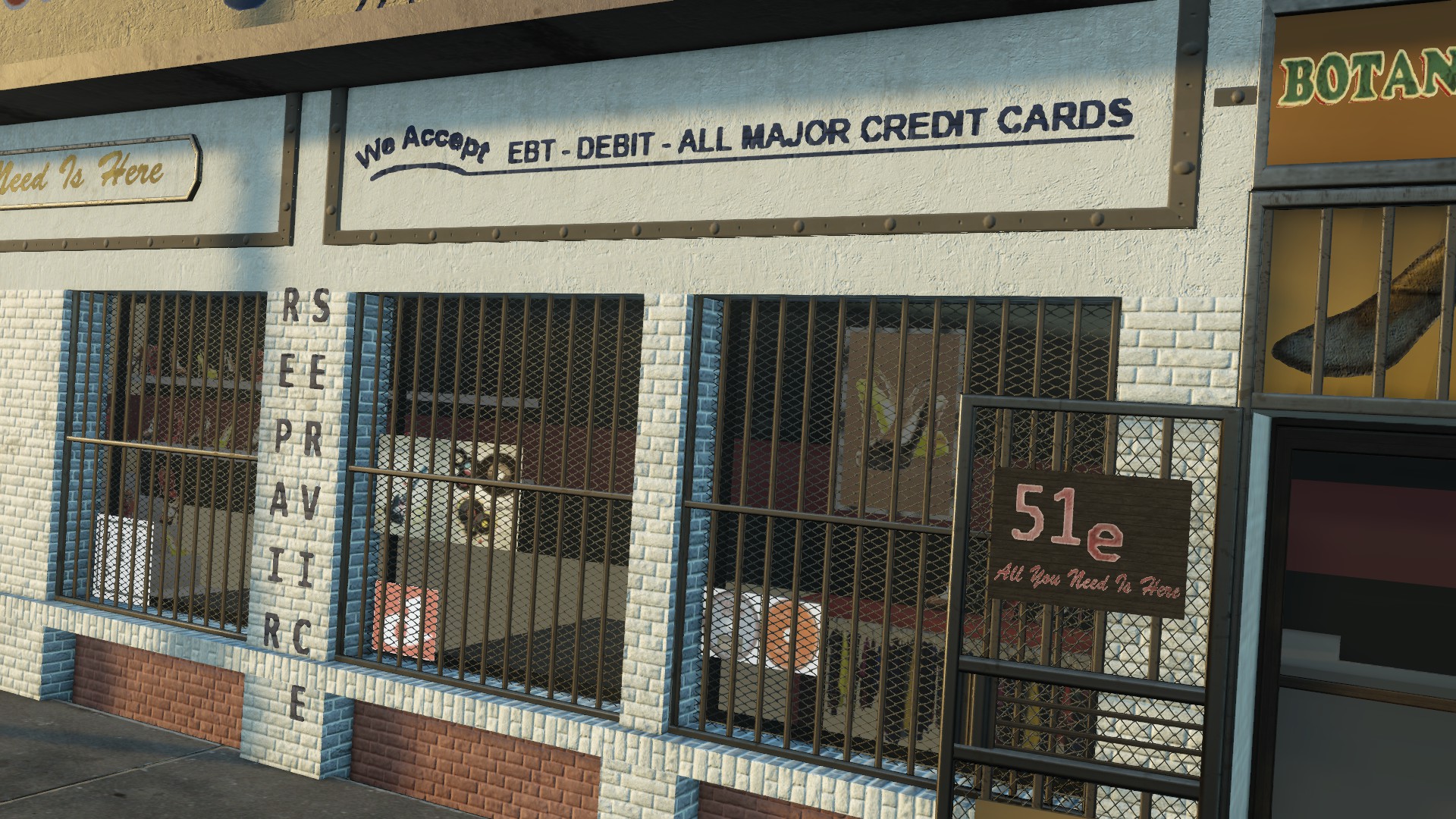 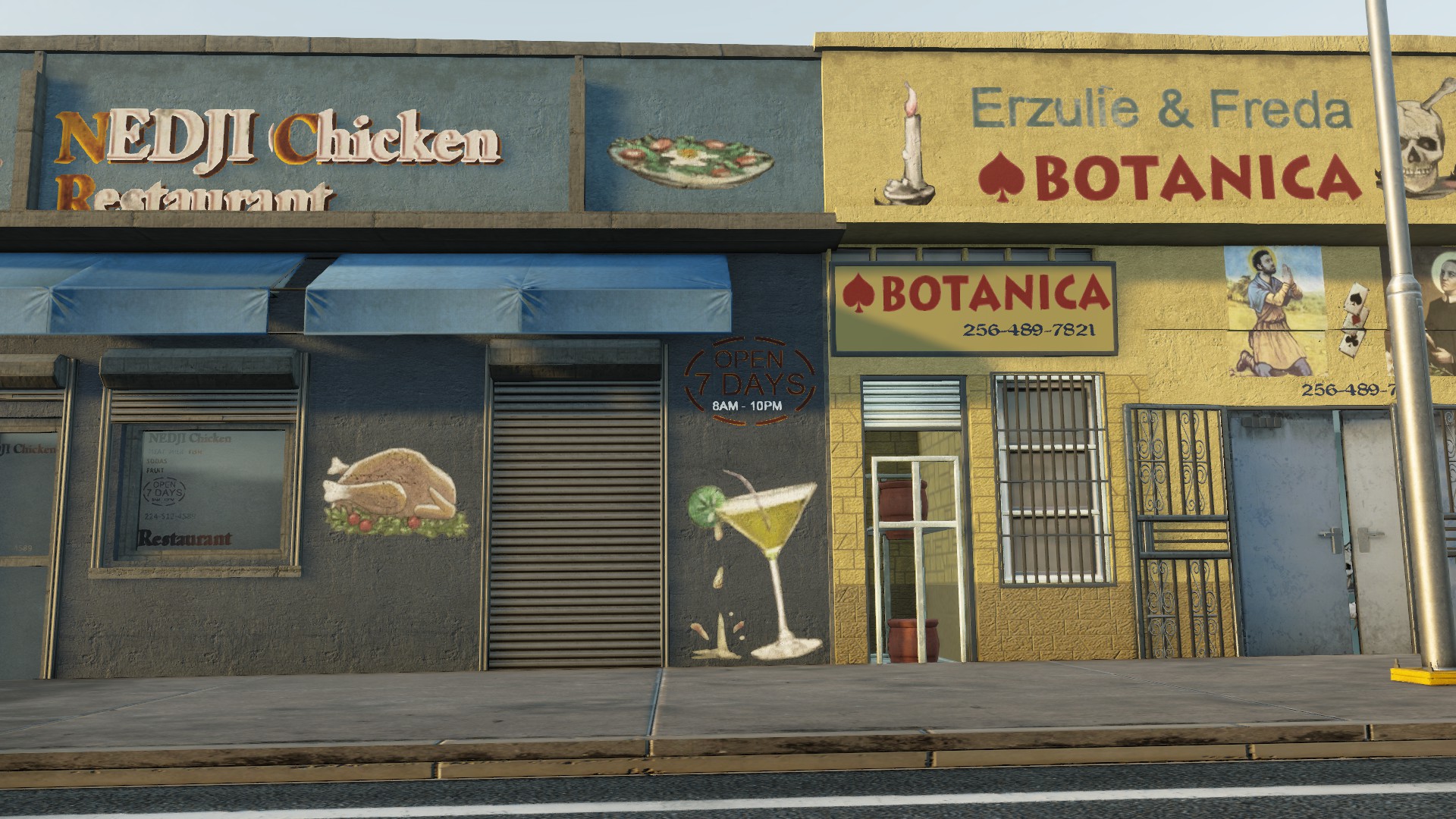 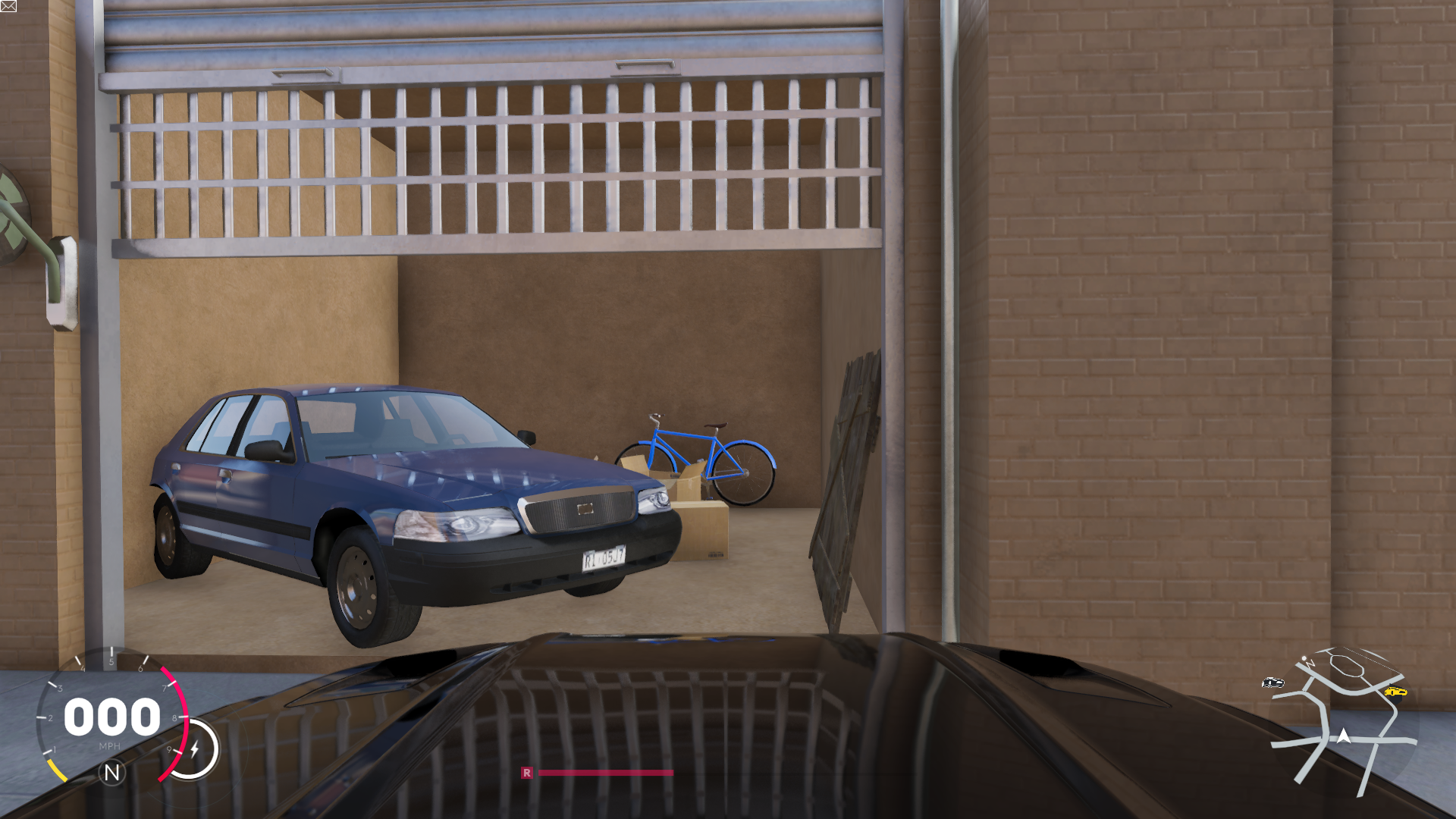 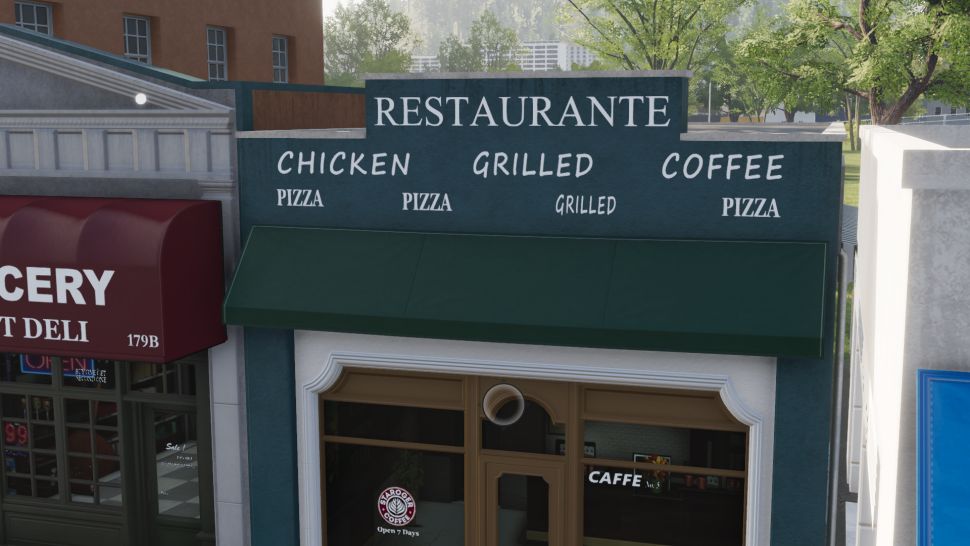 The Crew 2 (2018).
But The Crew 2 on the other hand feels lifeless and void of any detail, buildings look generically designed and serve as a constant reminder that you are playing a video game. Not to mention how some of them feature hilarious texts like "Pizza Pizza Grilled Pizza" and "Chicken Grilled Coffee" as if the stores themselves where randomly generated by an AI as opposed to hand-crafted by a designer, as PC Gamer pointed out.
But what PC Gamer did not point out is that the lack of detail does not stop at "Hilarious Stores" at all, the list seems evergrowing. Let's take a look at everything The Crew 2 seems to lack or distort from the previous game. 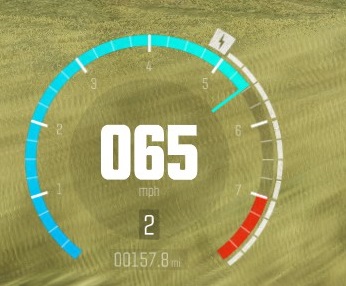 The Crew Wild Run Speedometer, with Nitro meter cleverly designed around the speedometer itself to minimize screen usage. 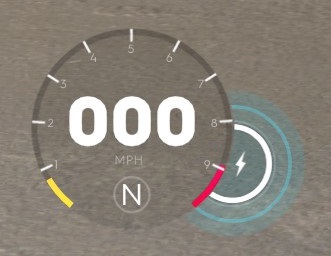 The Crew 2 Speedometer, with a huge circle to the side of the speedometer, using extra screen space for no reason. 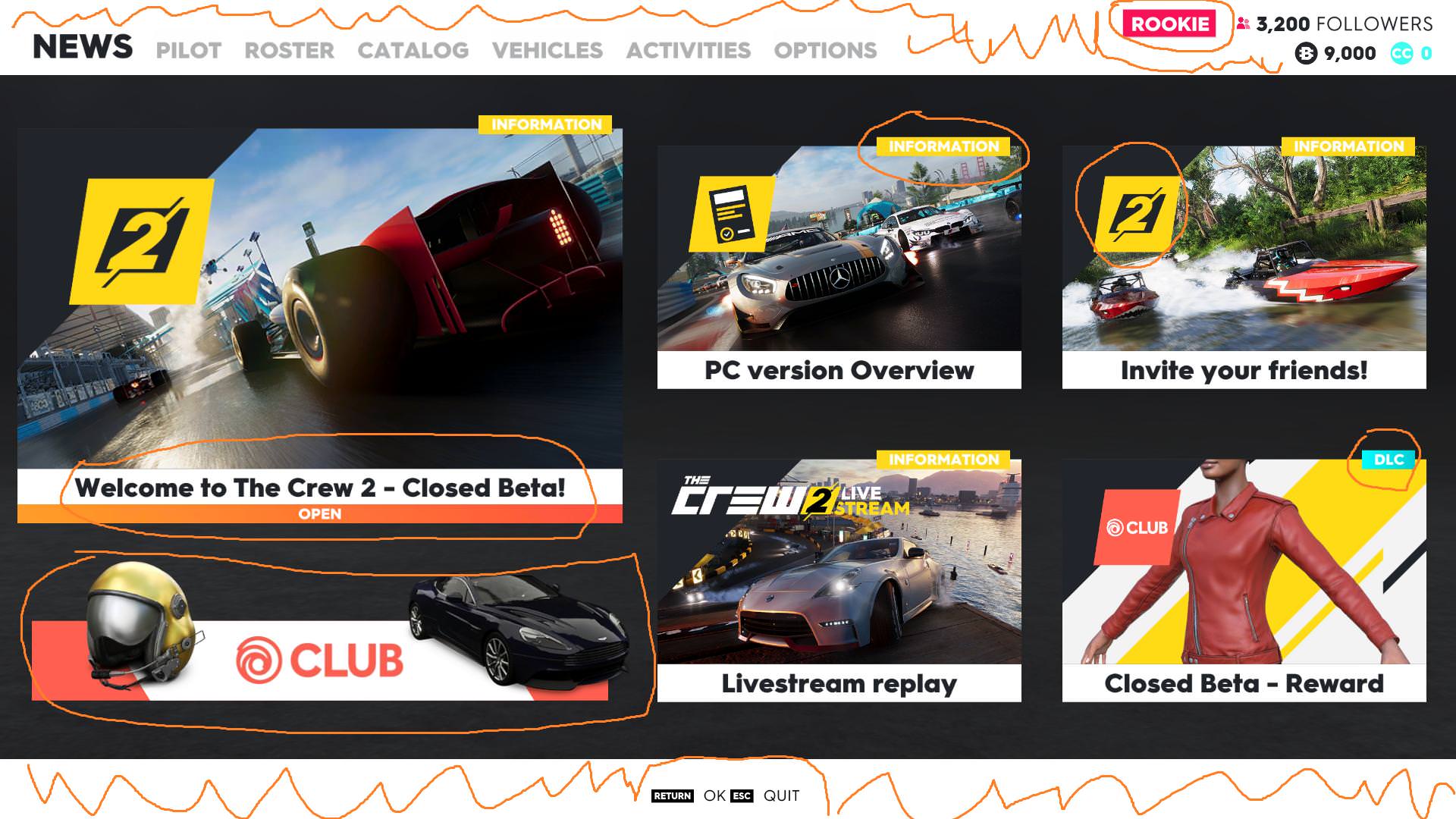 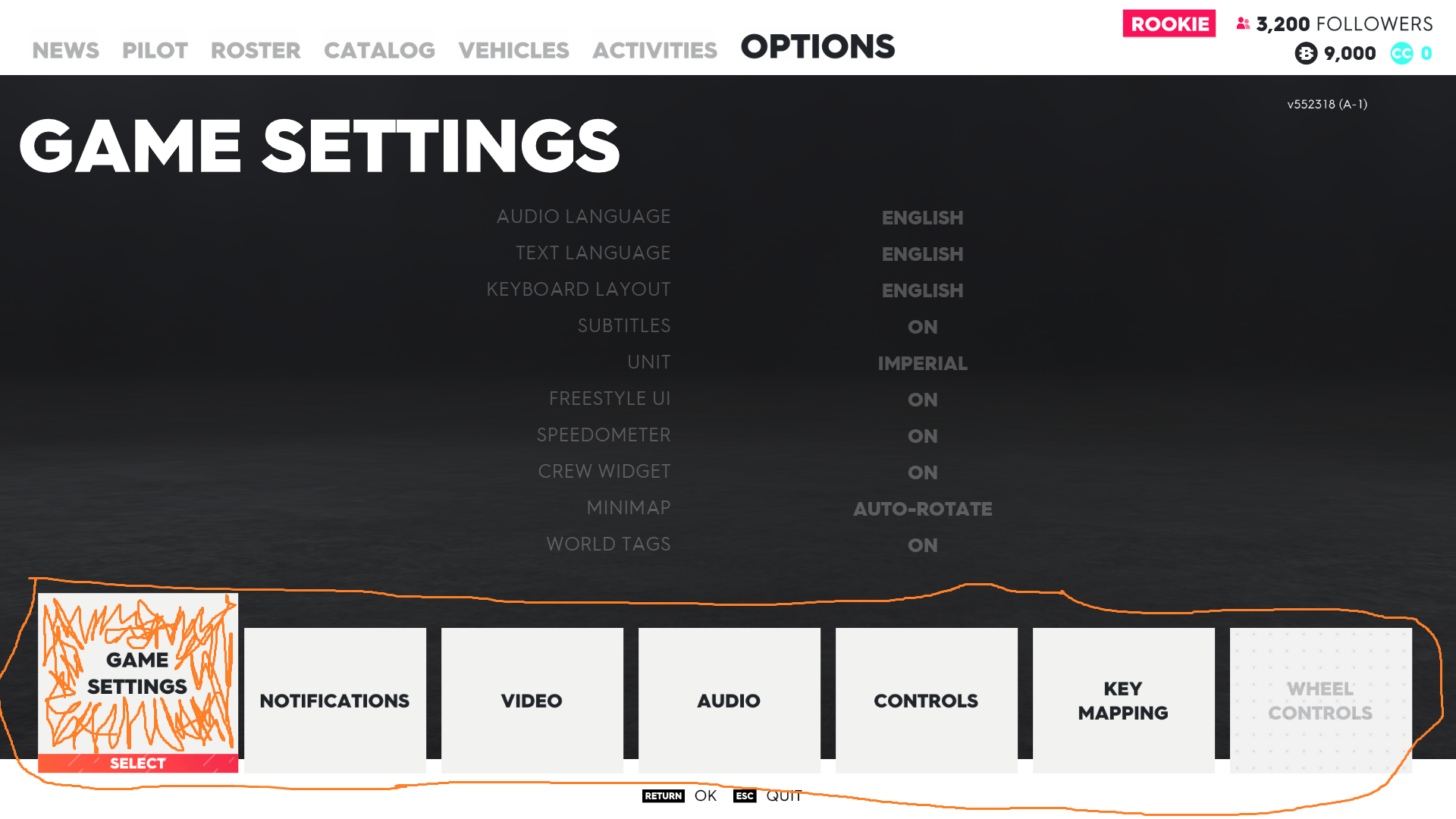 They did this weird thing where most icons have a huge solid color box behind them which sometimes makes it harder to actually see the text (Like Yellow on White) and sometimes just makes everything look somewhat unprofessional. Not to mention the way the menu uses negative space, the menu is stuck on a letterbox mode that seems completely useless, the orange scribbles highlight the areas not being used by the menu, why put a huge white box on the top and bottom of the screen at all when they are only being used by 2 buttons. Or having the menu white box buttons be so huge.

Browsing through decals and liveries is also a mess because the Filter option does not work as advertised and the game doesn't have the categories the first game used to have where every decal is separated into types, the response time of the menu itself is also much slower having to wait seconds for each decal to load which didn't happen in the first game either. The game did add an amazing custom livery option that allows players to create custom decals and upload them into the game itself how ever, but finding good ones can take up several minutes of loading times overall.
The game gives random items for the player, but limits the inventory size and allows for lower level items to drop which are useless, the player can scrap those items for no reward only to free up space which brings up the question "Why even have a limited inventory space at all?" and "Why not allow for Mass-Scrap buttons instead of individually holding the button down for each item". All these things are "Quality Of Life" features that the game severally lacks. 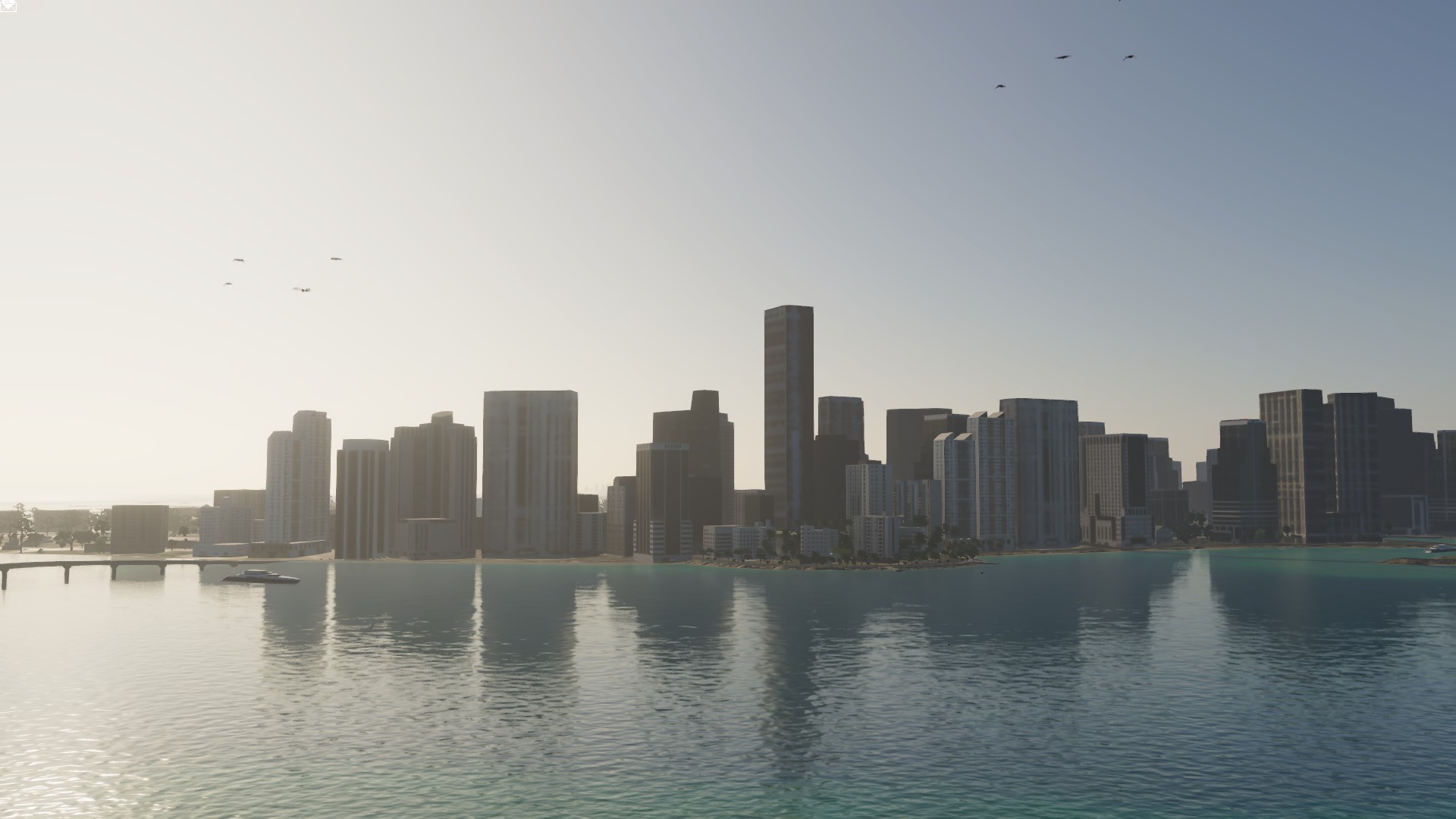 By far the most appalling part of The Crew 2, the draw distance manages to rival that of GTA San Andreas on the Playstation 2 (Released in 2004) with buildings walls and roads blurred and almost entirely untextured, even in places designed as "Vistas" where the player can look out of a window or bridge you can easily see these issues, you would think a balcony specifically pointing at these buildings would be made with a little more care.
Some people's reactions to this is "Well it doesn't matter when you are going at 200mph" but that doesn't really justify this shitty work, regardless if people are meant to be seeing these or not they should be made with the best quality possible and as I said before some of these areas are specifically designed to be facing these "vistas". In the previous game the draw distance in the beta also seemed awful like this, but I do believe they fixed it for the release and improved it on Wild Run, how ever The Crew 2 remains like this after release. Not to mention that The Crew is suppose to be much more than a racing game, it's a driving game with emphasizes on Photo Mode designed to be looked at and appreciated, so these draw distances are even more unbelievable. 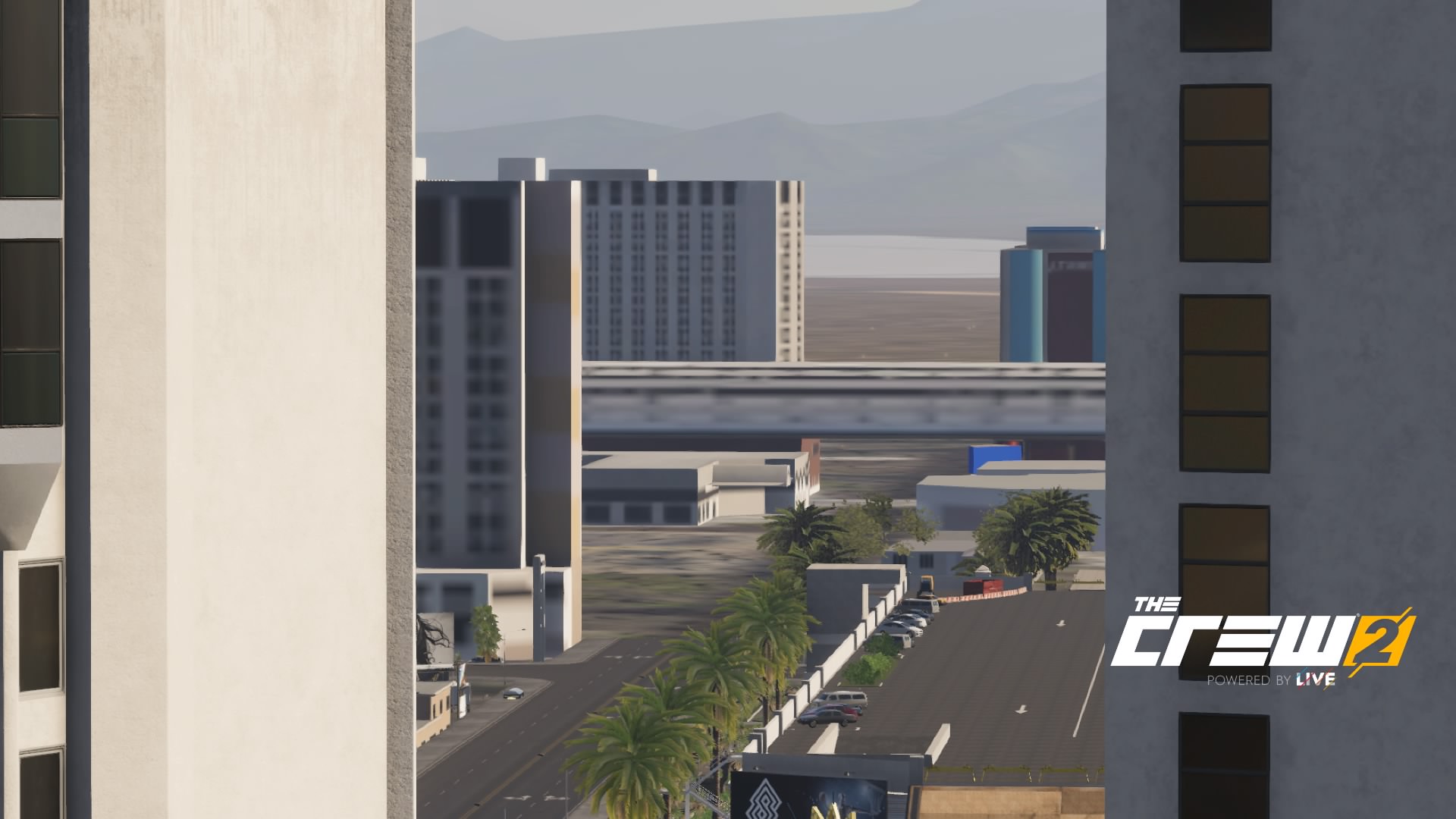 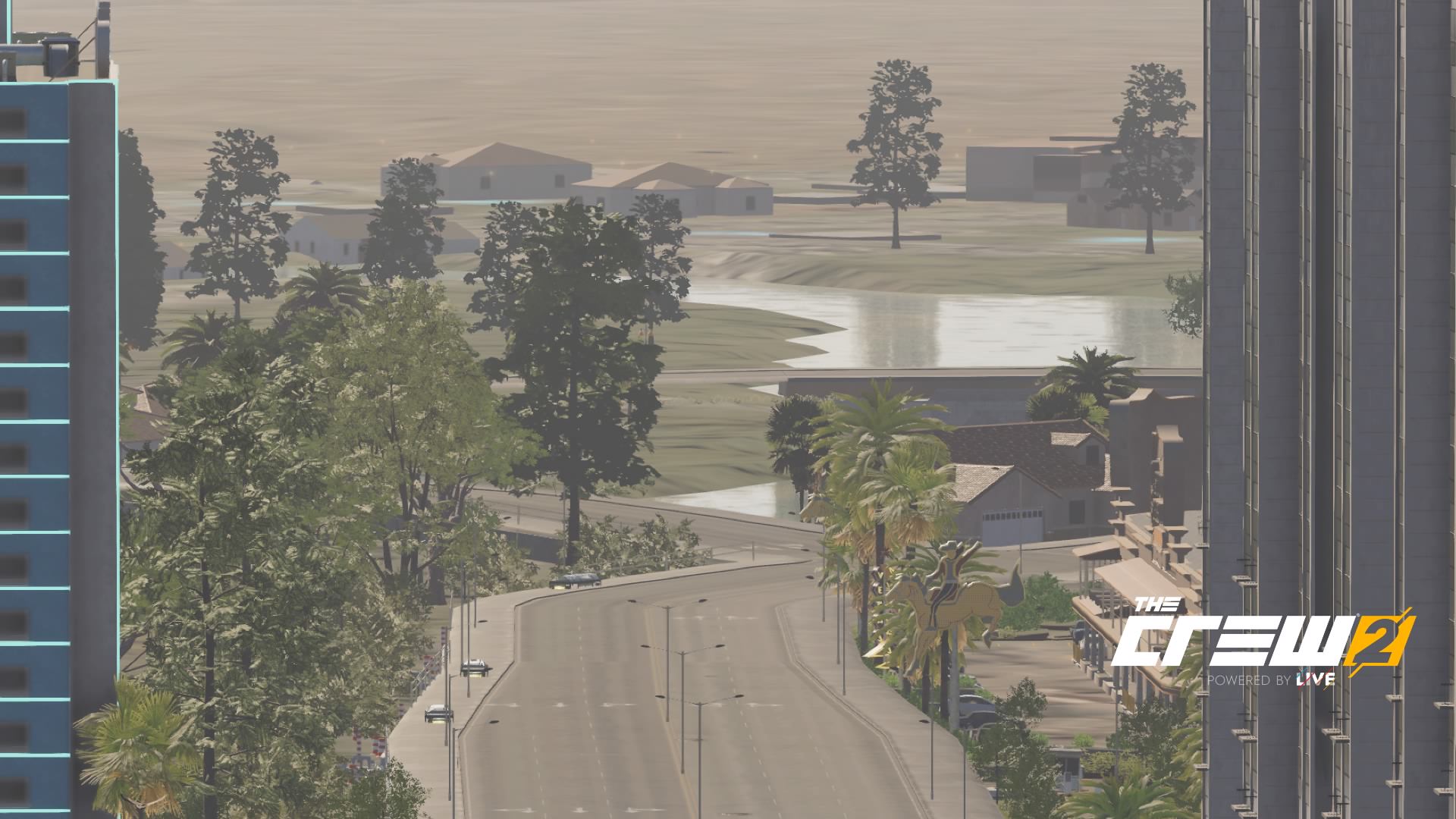 The Crew 1 (2018).
Apart from visual issues, the game also suffers from a lack of content in other areas.

Overall the game seems like a rushed and incomplete mess, entirely possible due to publisher pressure or any other reason but a rushed and incomplete mess none the less. It's also possible they intend on fixing these issues and adding more car options and missions with upcoming DLCs which would be nice but how ever will not suddenly change the fact that the game's release was disappointing.