Death's Gambit - The Good, The Bad and The Beautiful
The Good.
Death's gambit is beautifully crafted, and unafraid of changing the aesthetics of the game sometimes in order to create a unique level and experience, the game derives heavily from dark souls with healing and resting and souls mechanics but also leaves room for plenty of appealing original concepts such as characters, dialogues, storytelling, weapon movesets, individual-map-objectives and the use of purchasable special moves that can be combined with other special moves to better fit a players style. Not to mention some really cool and creative monster visual designs that range from familiar humanoids to crazy reality-bending fish monsters.
If you are searching for a short review then stop right here, Death's Gambit is well worth the time for it's incredible music and beautiful visuals engaging atmosphere and memorable sequences, the exploration between different areas severely stands out from each other in their visual direction and in their method of exploration and platforming, progressing between each area feels diverse from the last area. 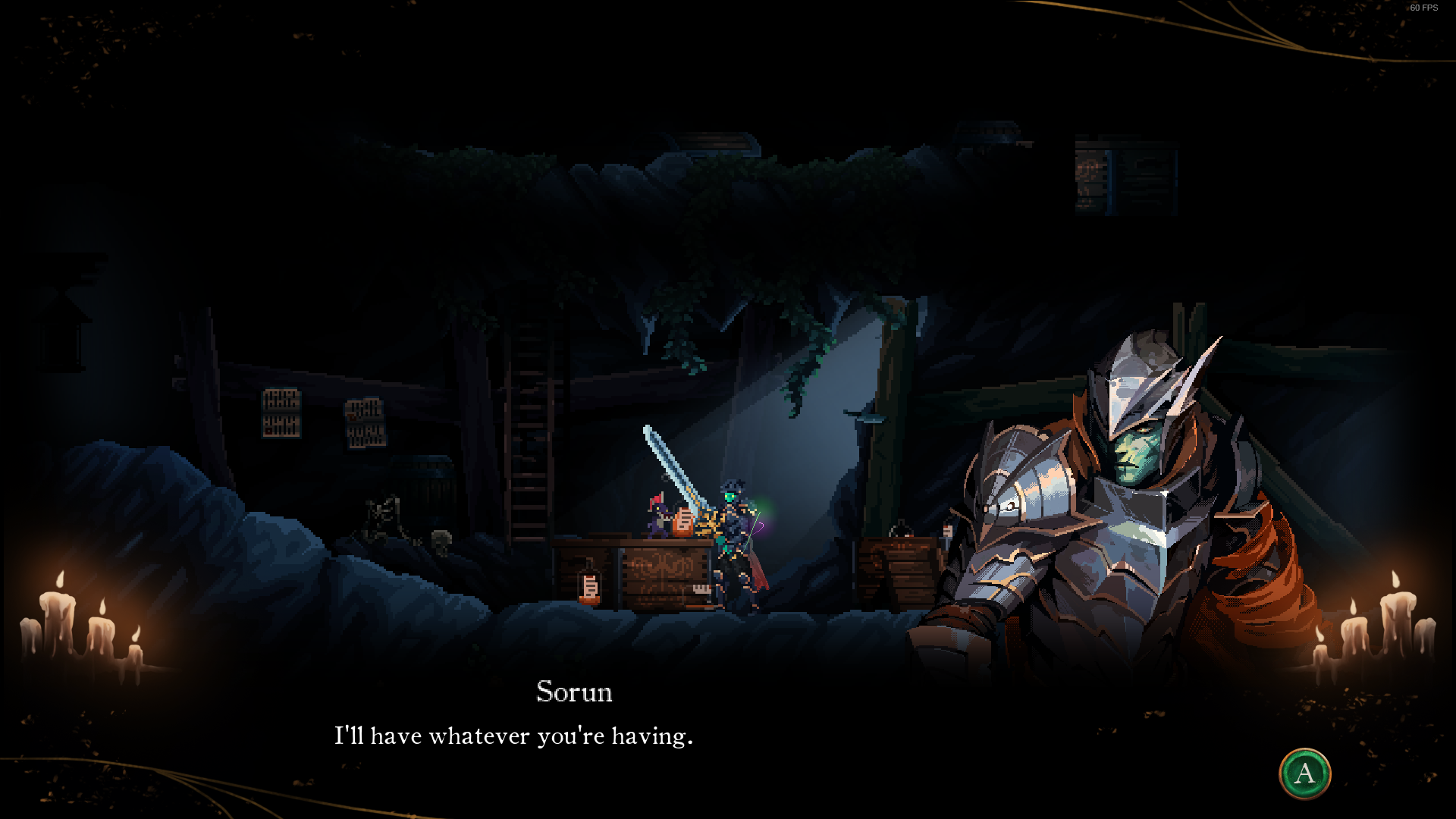 The Bad.
A good level design must always have 2 combating forces, a force that creates traps and attacks and hazards designed to hurt, kill and stop the player's progress, and another force designed to teach prepare and to warn the player of the incoming danger. Death's Gambit's secondary force is not as present.

The game does have some "startup frames" on swinging and rolling so the player gets "stuck" after each move, something the Bosses don't have to deal with. The Bosses can perform a combo-move by swinging to the left and then turn to the right in a single frame and continue their combo-move by swinging to the right, the player cannot ever do this unless they wait for their combo and animation to end before swinging again, so it gives an unfair advantage to all the Bosses. Sure it makes the game harder, but artificially so.
The game is also insanely biased towards shields, rolling is nowhere near as effective and costs way more stamina.
A lot of the later-level AIs also seem to spam attacks way too often which makes the gameplay less "intelligent" and more about out-spamming the AI or waiting their spam out while the game throws multiple bad guys at the player. 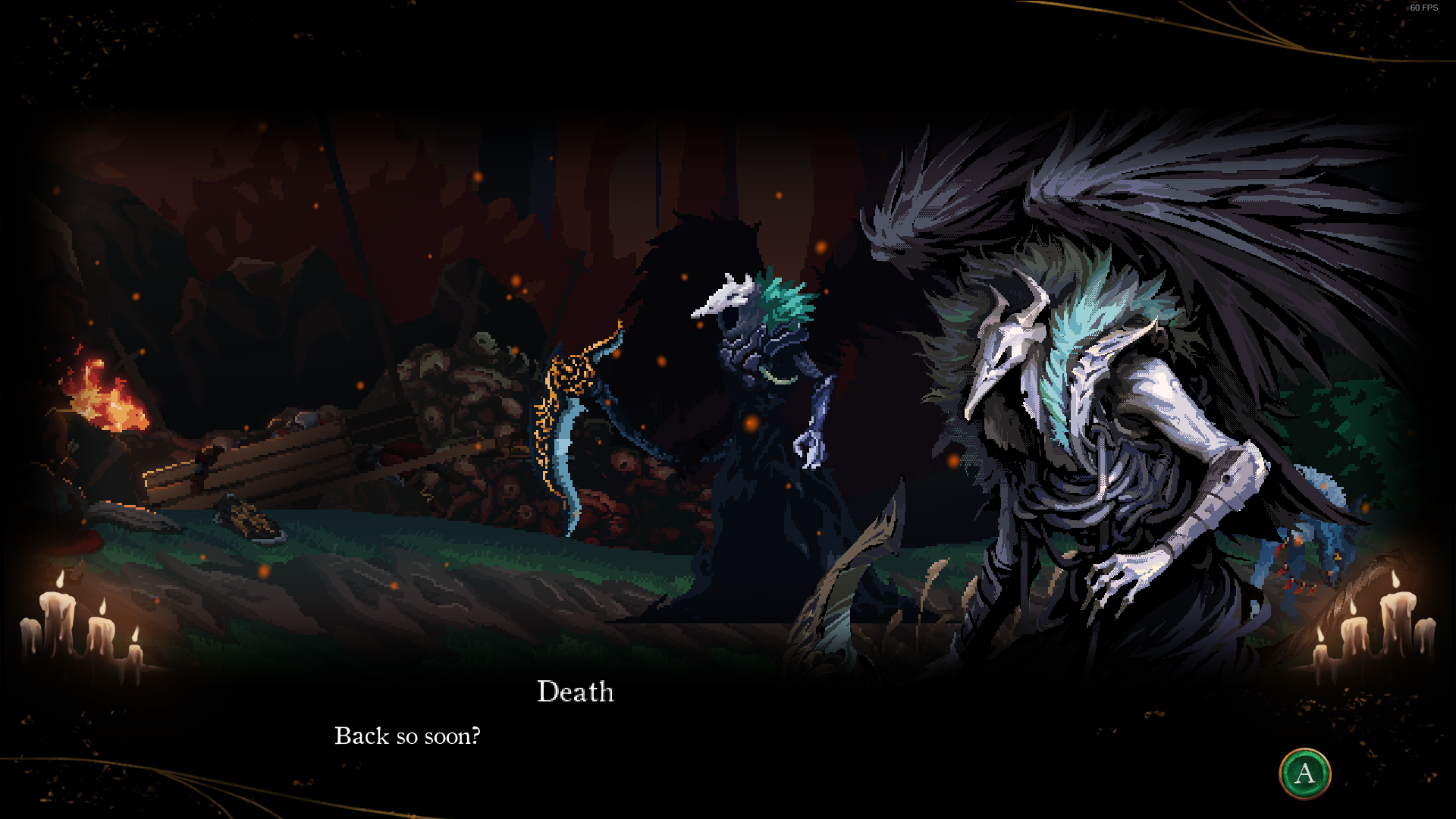 The game could have used some quality of life improvements as well like being able to compare items in your inventory and being able to teleport between statue-bonfires for easier exploration as well as being able to sell items for a couple extra souls.
The special abilities are used by holding the block button and pressing a button but doing so in the middle of a battle ensures the player will lose stamina by accidentally defending an attack or even sometimes get staggered because of an attack and lose the opportunity for the special attack.
The gravity is another thing, holding the jump button actually decreases the falling speed which creates an inconstancy, if you hold the jump button until you land the character floats a bit in the air, and if you let go of the jump button mid air the character plummets to the ground, which makes jumping and jump attacks insanely unresponsive since you can not calculate your jump arcs properly. In most games your downwards speed is always the same so you can easily and intuitively know where you are going to land every single time you jump regardless of the height of the jump.

The Beautiful.
The game truly shines with it's original and amazing art style, each area feels severely different than the previous area which adds to the overall feel of exploration and progression, some areas in the game make great nods to other titles and some of the things we as Dark Souls fans always wanted to see in a game like this. The game features monsters and items and hazards which complement each aesthetic while also changing the gameplay and offering different elements to interact with or overcome.
Y'lnoth, The Corpse City and Garde Tum are where the game shines the most, creatively, visually and by changing the gameplay quite a bit in terms of how to explore and what to do and where. 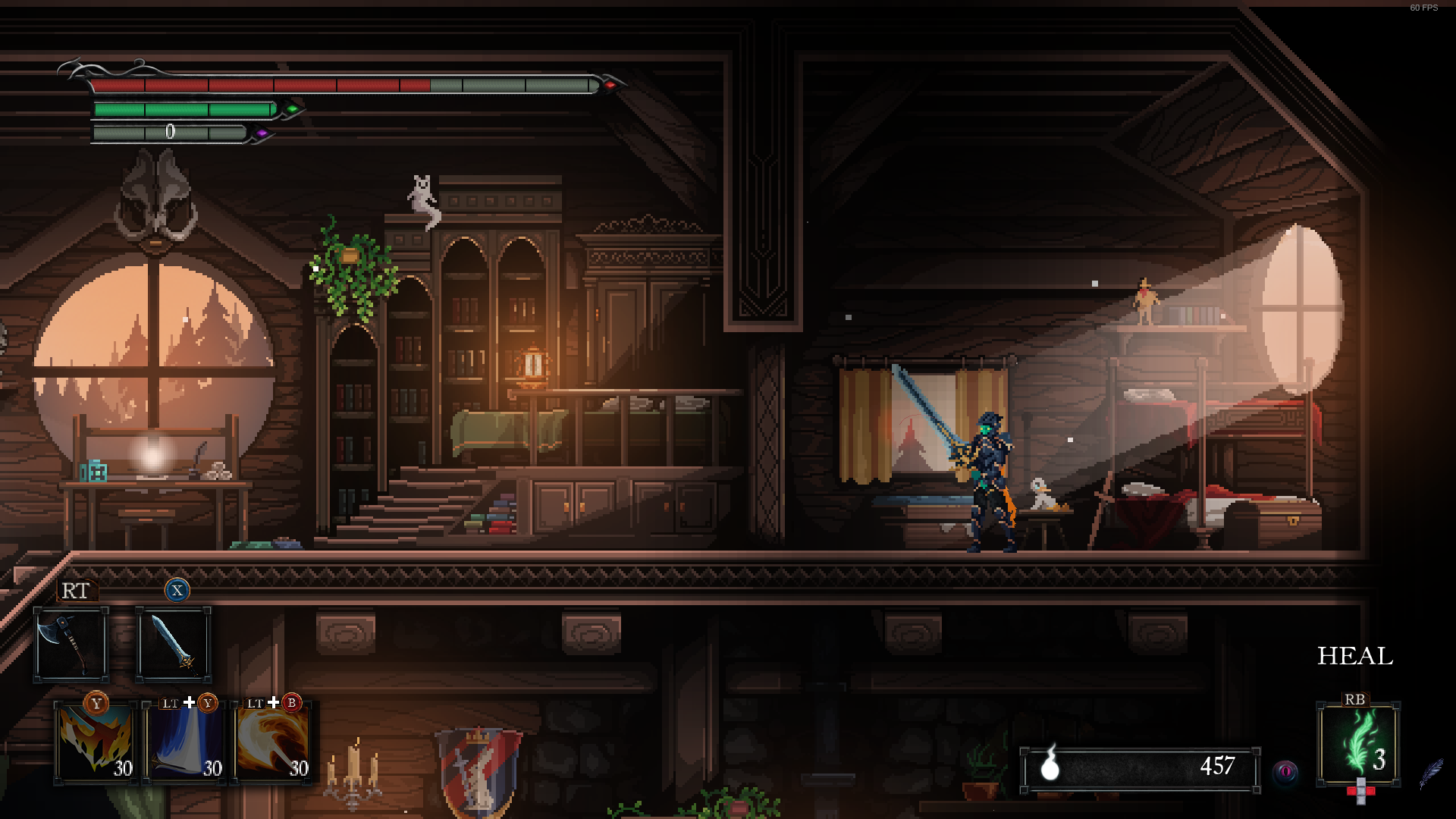 Overall the game could have been improved and optimized in a lot of small areas in order to deliver a more fluid intuitive and less stonewalling gameplay, but the overall art style and game direction combine with the known dark souls elements and plenty of new original and creative concepts for levels and characters and dialogue and story for easily the best 2D Dark Souls since Castlevania.