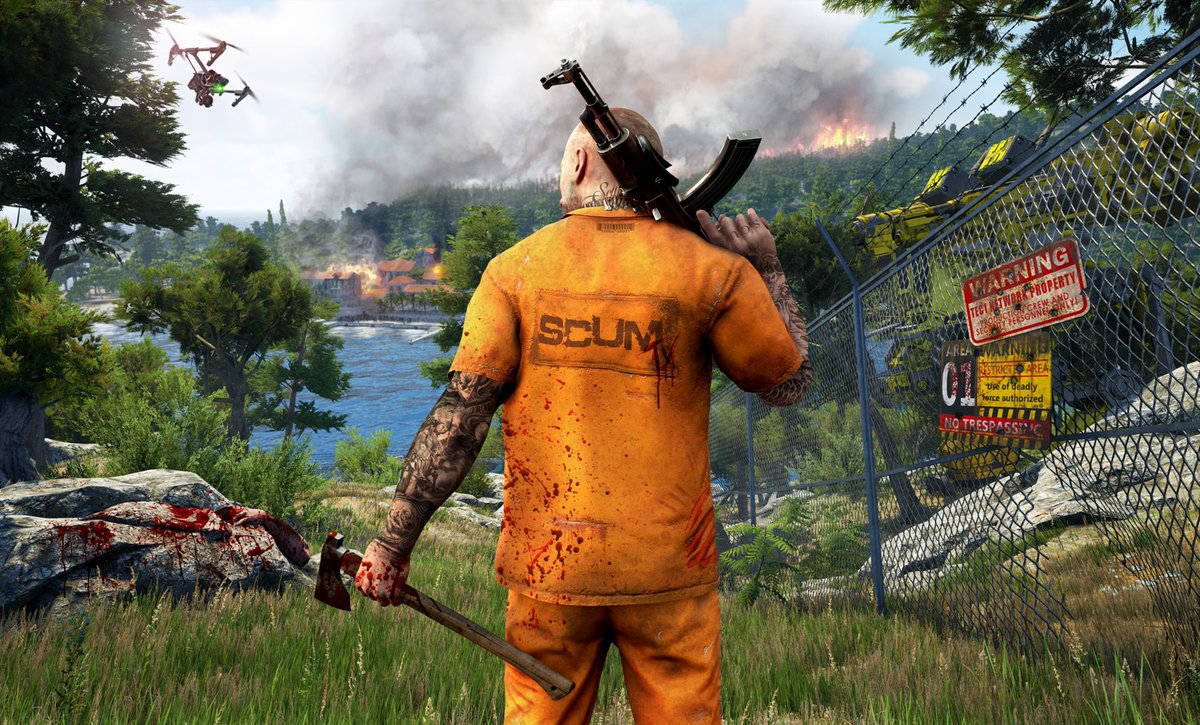 First of all, sorry for my absence, but hey, what better way to come back to writting then to review a game that blew up on Steam, Twitch, Youtube etc. The devs were nice enough to provide me with the game so let's do this. 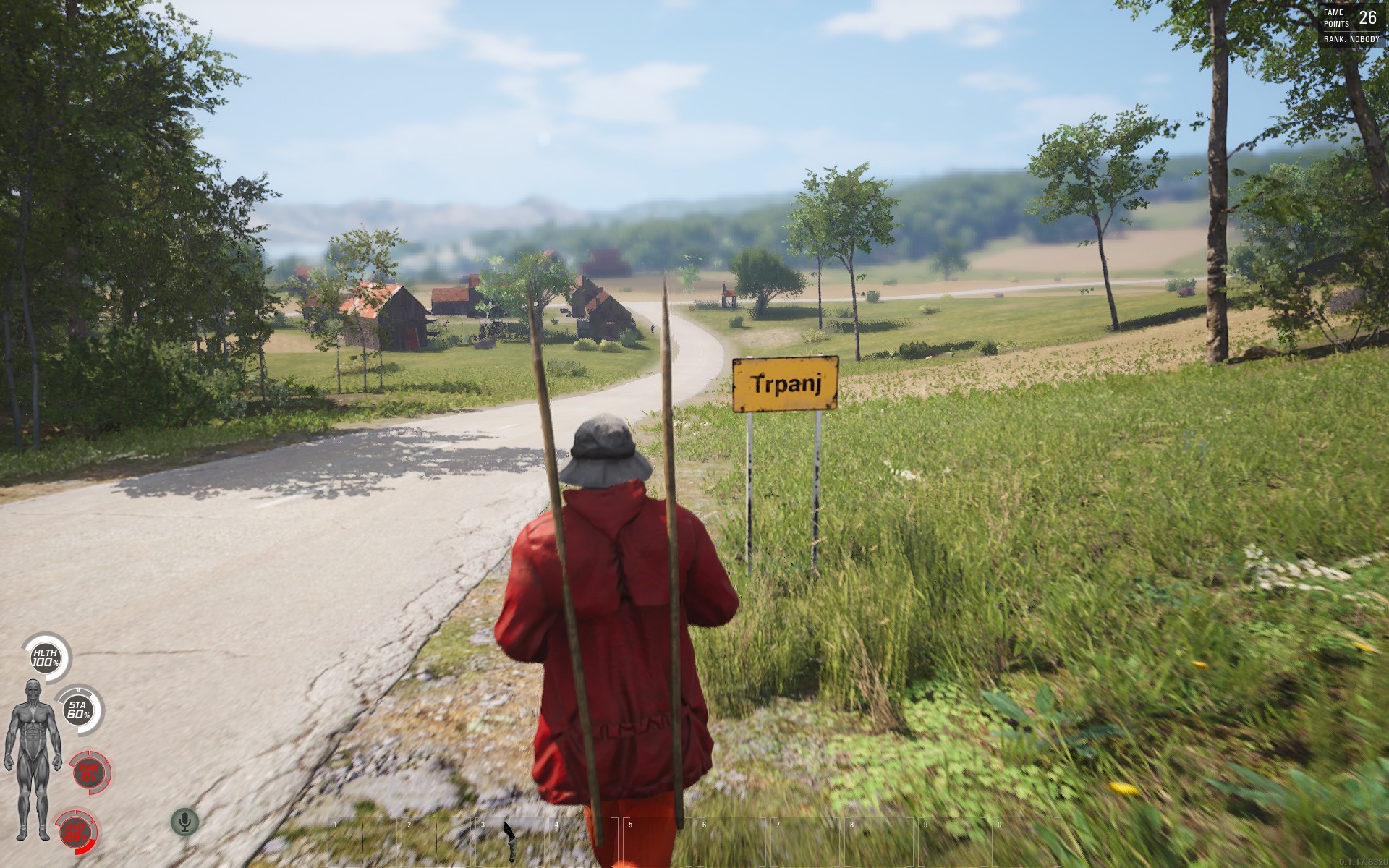 An open-world, early access survival game with crafting mechanics and zombies… Have we stepped into a time portal back to 2013? Remember Dayz? Yeah, neither do I, that game was a huge success... and then it flopped... badly.  Despite being exhausted with that type of experience, SCUM is fantastic. It’s still very much an Early Access title but the gameplay is polished, bugs are few and far between and there’s a solid foundation here that will only get better.  Gameplay-wise, the basics are the same as every other open-world survival on the market: loot and craft your way from zero to hero. The lore and background on the other hand is rather unique. Everyone is a prisoner, thrown into this arena as punishment. Drones fly around and film the prisoners as some sort of sadistic television program for people on the outside. Currently, all the drones do is film you for a while and make you soil yourself in fright, but the developers have hinted at an ominous purpose in the future.

Aside from the reality TV gist of things, the goal is to survive and right now, there’s not really an end-game. PvP is enabled so other players can be a serious threat. However, if you’re on a fairly unpopulated server, the bigger worries come in the form of zombies. They can be found near every place of interest, whether it’s a farmhouse, seaside village or military compound. They’re not particularly tricky to take down though, and the simplistic melee combat system means a quick swing with your melee weapon of choice, or your fists, followed by a step back to avoid their counter-attack, should see you winning a war of undead attrition. 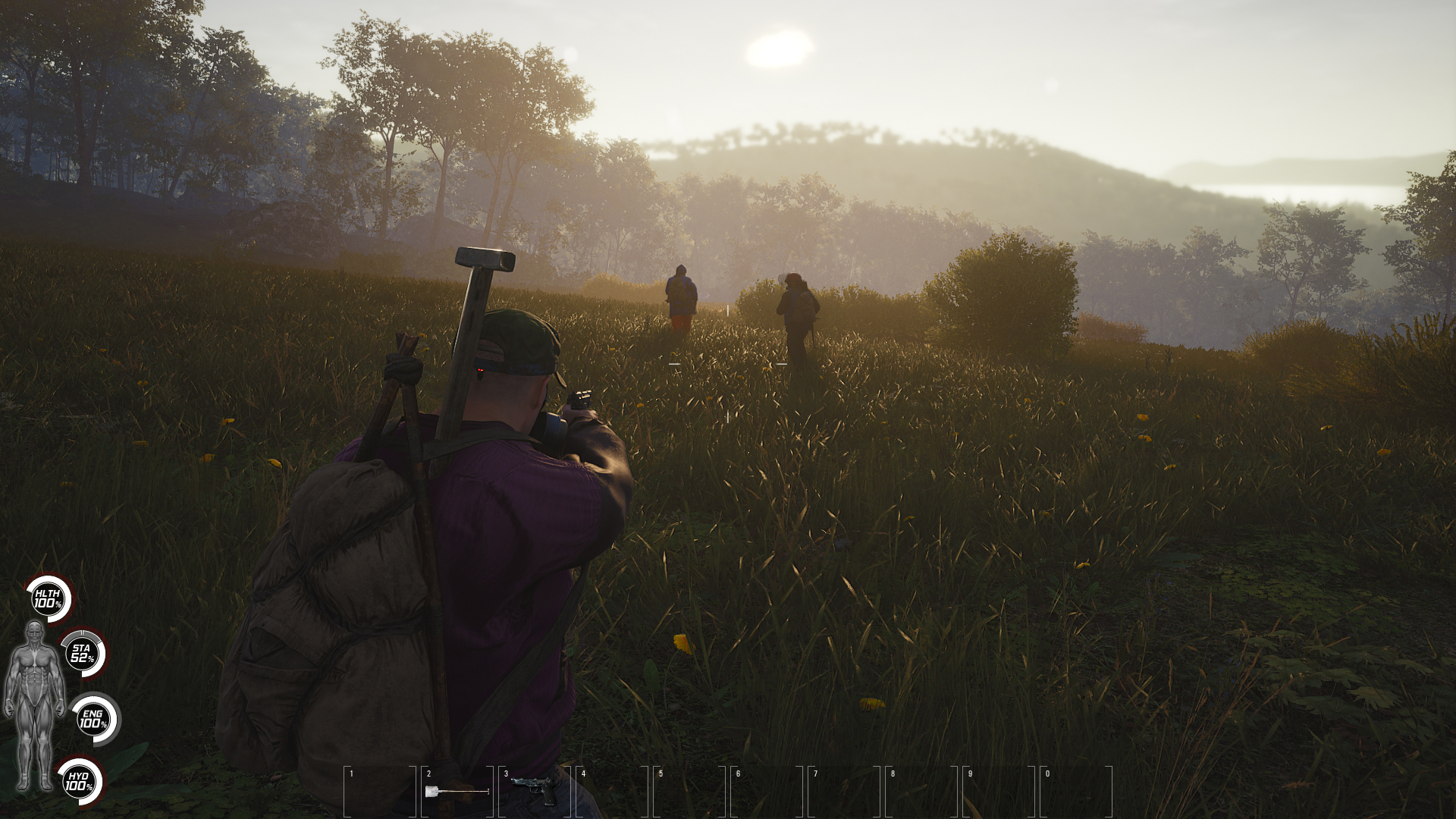 The other major threat comes in the form of enormous mechs that patrol military compounds, underground bunkers and the hottest spot on the map; the airfield. They shoot on sight, can spot you from quite a distance and, no matter what you’re packing, you’ll be dropped in a burst of gunfire.  Of course, they defend the areas with the best loot, so if you want to gear up, you’re going to need to evade these robotic beasts. Don’t think about trying to take them down: in the few days since the game launched, only one group has managed to take one out. It required going into a private server and fiddling with the settings to reduce their damage to zero, followed by about 15 of his community members shooting it non-stop. Taking out these godless killing machines isn’t feasible for most players.

While the game has crafting mechanics, they’re not quite as central to the experience as you may think. From the get-go you’re going to want to find two stones on the ground so you can create a stone knife, followed by chopping up a bush so you can carry an improvised wooden spear. That’s largely where the majority of crafting comes in, creating makeshift versions of the tools you don’t have yet. You’ll always be able to find better versions of your stuff inside buildings and compounds so while it seems intimidating, don’t spend too much time pondering what you need to make. Haul yourself to the nearest place of interest instead and hope you don’t run into any mechs.

Crafting is very much needed when it comes to cooking food though. You’ll find a variety of fruit and vegetables in the wild and in buildings you might stumble upon some crisps or a chocolate bar, but they’re nothing compared to roasting multiple skewers of human flesh. As grim as it sounds, becoming a cannibal is the best way to stay satiated – for every zombie you kill, there’s multiple limbs you can chop up, put on a skewer and roast over an open fire. Various animals like deer, pigs and horses roam the wild but since they flee from you and zombies eagerly run toward you, one is far easier to harvest than the other.

Characters don’t persist across servers which means you can have a lot of different “save files”, so to speak, on the go at any one time. Each character you create has their own “fame” ranking, which is essentially a points system. The better you perform with finding gear, crafting tools and killing zombies, the more fame points you’ll earn. It’s a neat system since fame can be spent on reviving your character if you die – want to respawn next to a squadmate? It’ll cost you 100 FP. Not bothered about where you restart? You’ll only have to part with 25 FP. If you’re tired of the survival aspect, you can spend your hard earned FP on entering Deathmatch games too. We haven’t seen any with rewards for winning yet but they offer a great way to get used to the gun mechanics.

Bringing up your inventory will show a few tabs across the top, one of which is “Metabolism”. It seems overwhelming at first but there’s not much to worry about here. Pay attention to “Sicknesses” under BCU Body Monitor as that tells you whether you need to heal up with bandages or pills. On the right-hand side, try to keep all your nutritional values in the green but none of it actually matters too much. If your health isn’t ticking down and you’re regularly eating and drinking, you’ve got nothing to worry about. It’s possible to min-max your character by eating a mixed diet, but it’s not something we’ve got to the bottom of yet.

Could this be the first game to teach you to eat right in the real world? As long as it’s asking you to barbeque bits of zombies, that’s inconclusive.

Eventually though, provided you are keeping yourself satiated, your character will need to urinate and defecate. Yes, you have to do this manually. Your character will tell you on the left side of the screen what they needs and to go to the toilet, you have to hold tab, navigate to the toilet icon then select which action you wish to take. It’s crude and unnecessary for the devs to include such a thing, but, in spite of myself, it was pretty funny seeing my prison inmate squatting over a plant and letting loose. 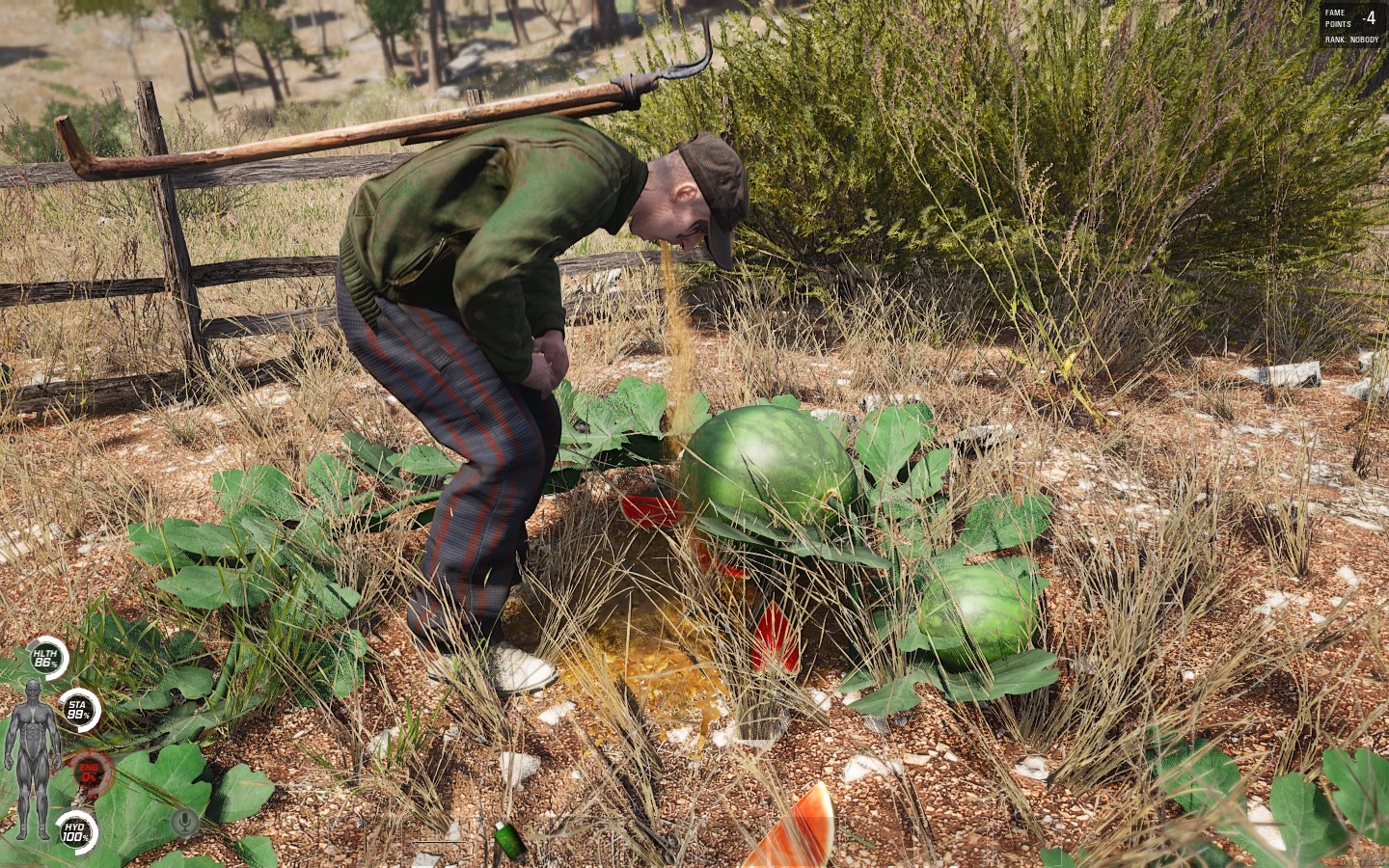 RATING: 8/10
It's alright, as I said before, it's kind of a sadistic reality TV show and you're a part of it, not much to say about that.

RATING: 10/10
SCUM is beautiful, and (since I am from Croatia and the developers are Croatian) the towns and vegetation really reminds me of my country. I mean... it should since the game map is actually in a small part of Croatia.

RATING 8/10
Audio is working great, but it still needs some fixes, and believe me, the devs are fixing everything every couple of days.

SCUM could very well be the next big thing. It’s seen immense growth on Twitch and social media channels in the few days since it launched and for good reason. Despite being in early access, the package you get is solid, albeit a little bare. This is one to watch. Can't wait to see what they are planning for the future.