Feel the wind in your face and smell the smoke from the engines!

Load the ammo and take whats yours!

Well that is if your ship can get off the ground.

This is a 2d side view build-a-airship battle game. Your simple goal is to destroy other ships. However if you do the campaign this is not an easy task, the AI is better then you might think and their designs are good as well, unlike some other games of this theme that I have tried before. A nice thing is the maps seem to be auto generated, so you wont see the same thing if you want to have another go. 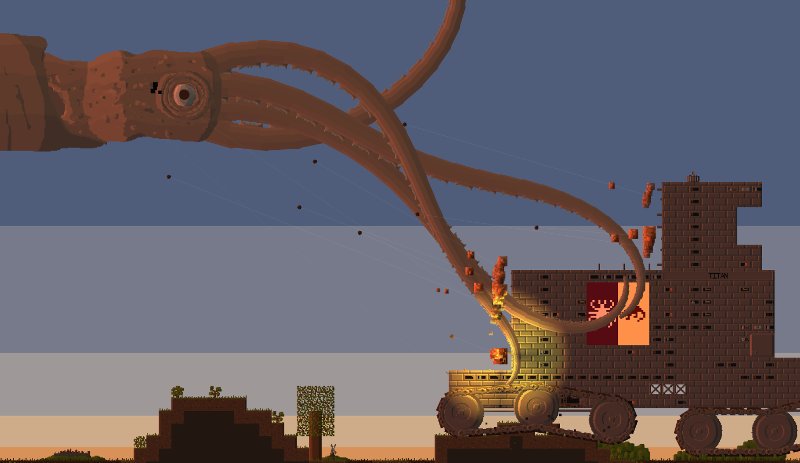 The building system isn't very complicated, you only need a few things and they don't need to be in special spots. These are needed things;

With those things your ship should fly or if you made a land vehicle it should move with tracks.

The best thing about this game is most certainly the mods. It comes with steam workshop so you can download ships and buildings and vehicles. However it also supports new weapons, mechanics, items and there are even mods for Bars. With these you can destroy your enemies Twilight Sparkle style, Yes its real.

Bonus points for the game are;

I only have two bad things to say about it. First the sounds are a bit loud even on low, and second I wish I could have my guns target specific points on the enemy ships.

If you don't have a computer beefy enough for other build and fight games, if you like steampunk, if you like 2d games, then this might just be for you.

Overall its a good game. I give it 11 apples out of 10 cheese wheels.