To Hell With Hell Review 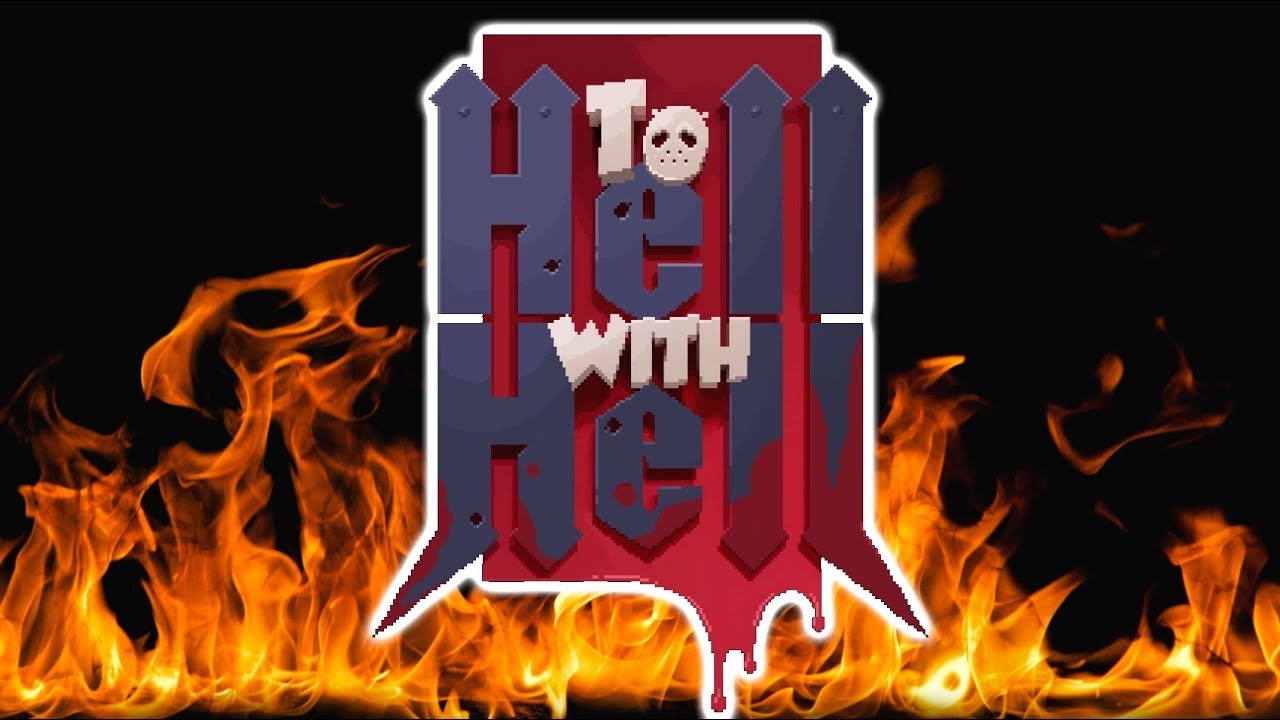 Before I start, there’s something it should say: To Hell With Hell is not an easy game. You will die, you will die again, you may even die some more. But if you’re anything like me, you will also grin as your gooey remains litter the floor!

Right away, this indie game gets into high gear. Asmodius: the ruler of hell – your father – has been trapped by his enemies. And like any good child, you are going to go there and do what it takes to help. Which, in this case, is using guns, melee weapons, and anything else you can find to slay your foes with.

To Hell With Hell is a bullet hell that is actually set in hell. And the setting is fitting: you soon ‘ll face impish creatures that are packing an impressive arsenal of guns. There are also leather-clad succubi that launch magic, knights that tank and a lot more to battle through. Pretty standard as far as the genre goes.

But this isn’t your typical bullet hell; this is also a rogue-like game. Every time you wipe a level clear, you get to pick a card: these boost your health, increase loot for the next level or de-buff the enemies you’ll encounter.

And this ties in with another mechanic that i really enjoy: To Hell With Hell’s masks. Every once in a while, you might come across these wearables as you explore the dungeons. Once they’re donned, the masks will boost some of your stats and render each of the games unique in its own way. 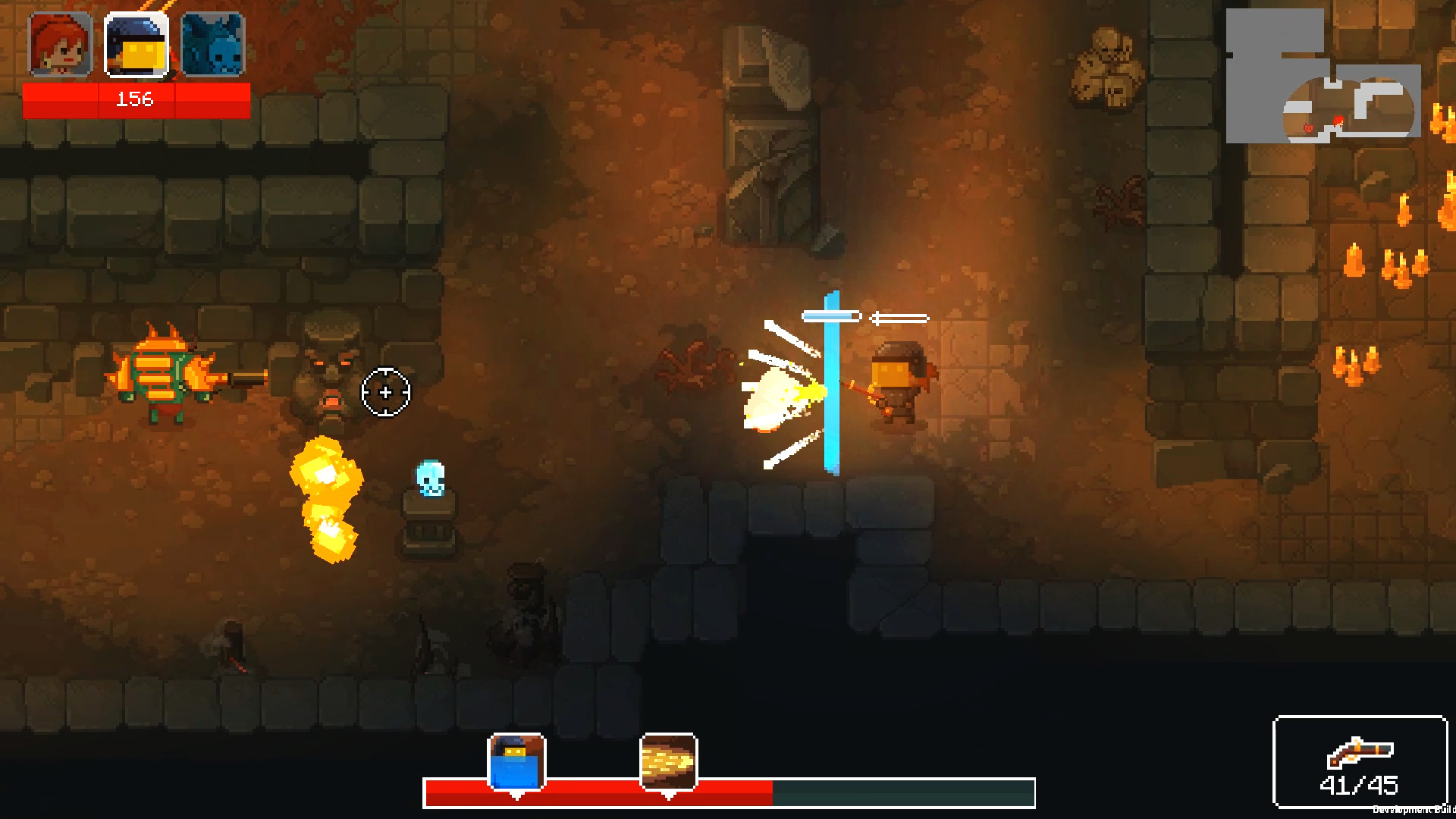 My favourite run so far involved a golden shotgun that had a huge ammo capacity and whose munitions could ricochet off the walls. Things got a lot more hectic when I got a riot mask: imagine a full auto shotgun and a hail of golden bullets!

Masks do more then make you look fancy and give you kick ass abilities, though every mask you have is an extra health bar. And believe me, you will need all the health you can get. Even from the offset – if you’re not careful – you will be overrun before you can get your bearings. As I said, you will die a lot in To Hell With Hell!

On the plus side, you do get to save between levels. This feature is limited to six saves, though, so using it right is a bit of a gamble. Should you save at every chance so you don’t have to repeat multiple levels? It can be tempting when you first start, but what about when you run out of saves?

This option, for a bullet hell game, is something that really stands out and that brings about innovation. I saved before my first boss with a sub machine gun and a dart shooter. With a single mask to my name that allowed me to throw a fire ball for devastating area damage. Sadly my own ineptitude got the better of me and I blew myself up more then the boss killed me.

But I think that’s where To Hell With Hell will shine:  it’s the situations you get yourself into that make it fun. 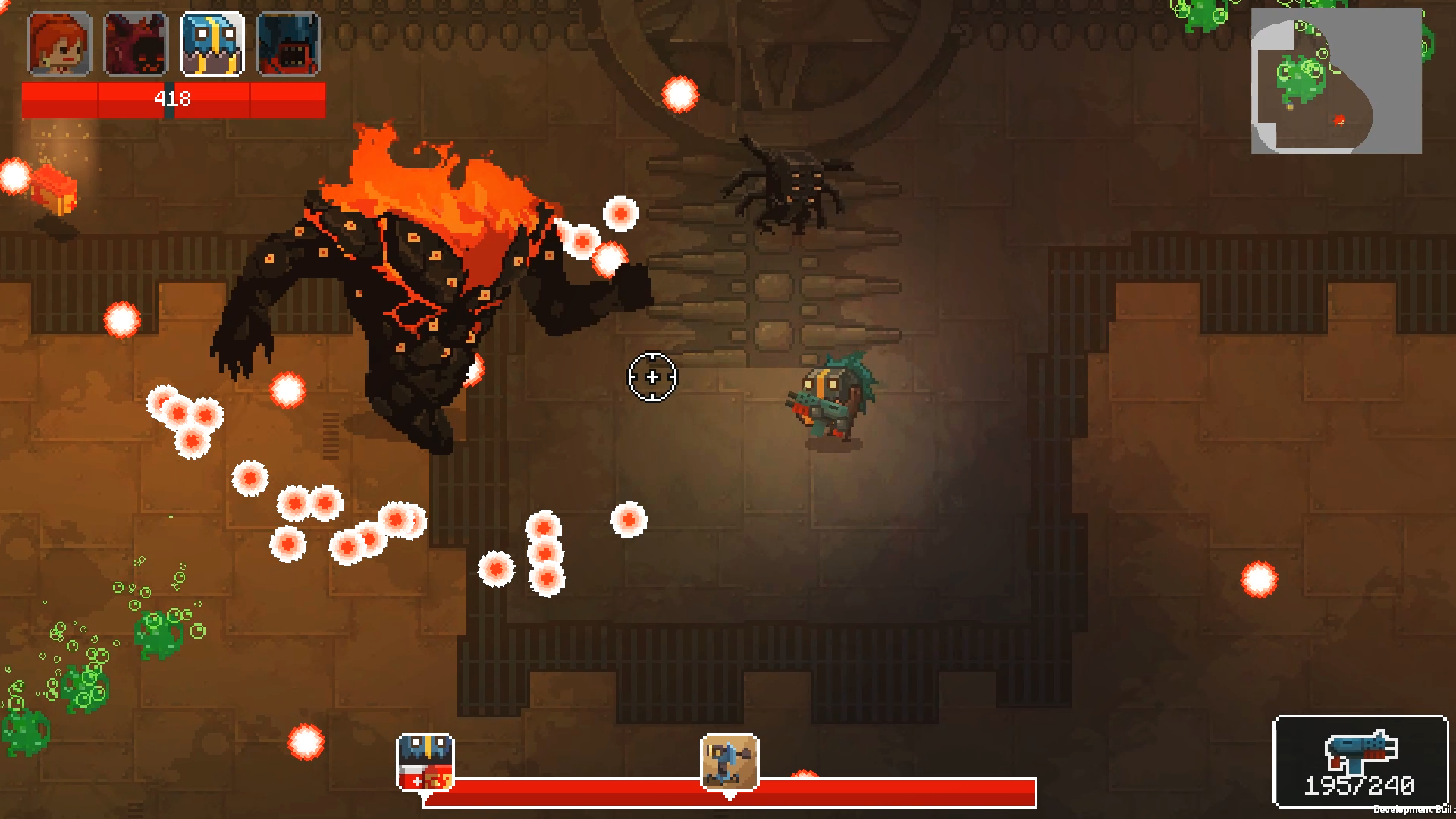 I should mention that To Hell With Hell is and early access title and much can still happen. The developers even want to put in a local co-op mode, which can only make the game more fun. All in all I have enjoyed the game, but to be honest I like Enter the Gungeon more.

It kinda bothers me how similar to Enter The Gungeon some of the UI is. I understand that the people at Lazurite Games love that title – they even mentioned on the Steam page – but I feel a bit of uniqueness could really help what they’re working on gain its own identity.  You don’t want your first game to be remembered as a clone!

Back on track: do you like a challenge? Do you like being attacked from every side by demons of hell? Are you bored of Enter the Gungeon? If yes then I can’t recommend To Hell With Hell enough. Head over to steam and pick up this promising little gem.