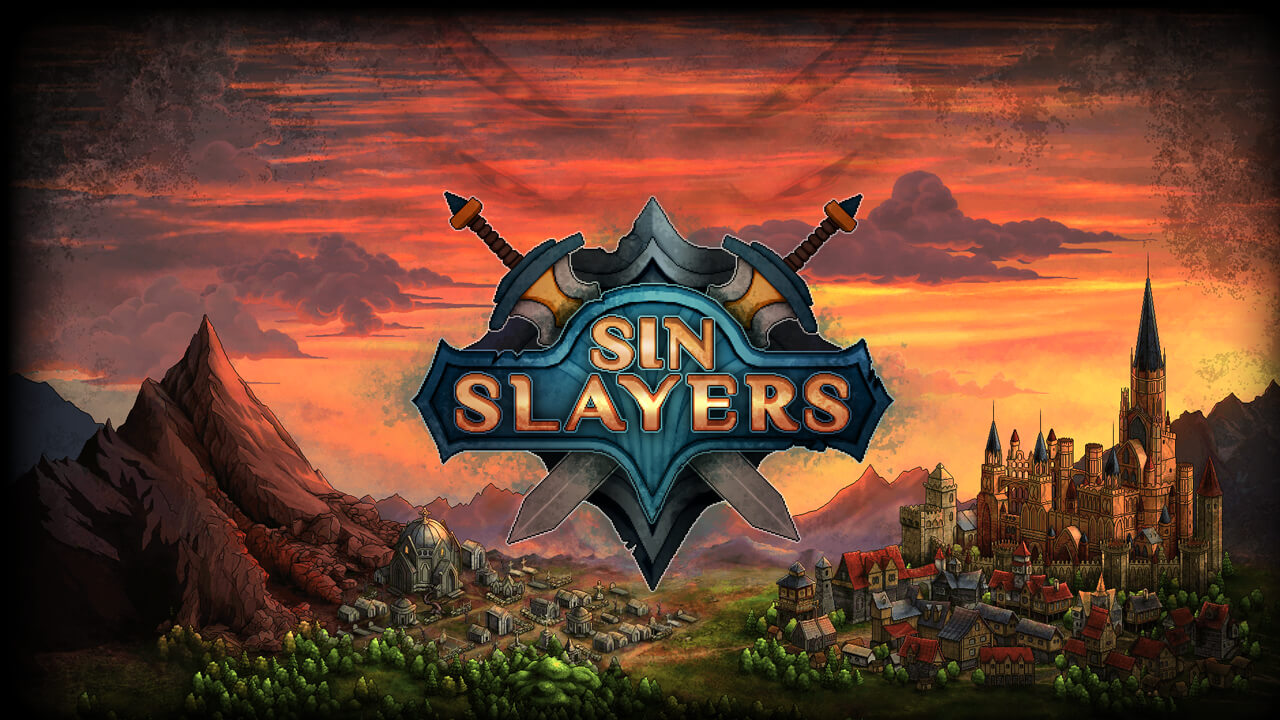 Some of the greatest indie games of all time are just magical, taking the best parts of multiple genres and combining them into something wholly new yet entirely familiar. Sin Slayers, sadly, isn’t one of these games.

‘RPG roguelike’ is the label Sin Slayers has given itself, while simultaneously mistaking what makes each genre gel together so effectively. RPGs layer complex systems upon systems, creating excitement through versatile approaches allowed by deep customisation. Roguelikes cut through these systems with added risks like permadeath and procedural generation, making moment-to-moment choices more impactful.

The RPG elements of Sin Slayers are mediocre at best. You control a party of sinful adventures that come in all flavours of traditional RPG fare: support classes, tanks and damage dealers. There’s very little about the crafting system, story, and world that worth noting here, as they’re all barebone marks checked off the RPG list. The turn-based battle system is inspired by JRPGs, focusing on enemy weaknesses and elemental abilities, but doesn’t innovate in any way.

The major mechanic Sin Slayers brings in is the Sin-o-meter, an oddly named addition that encourages you to take more risks for higher rewards. Almost every interaction on each map will increase or decrease your sin meter, and you have a choice in most cases whether or not to interact with what you find. Each zone also has special rules that apply to each run depending on which sin inhabits it. Wrath, for example, increases your sin significantly for every trap you land on.

Increasing your sin earns you more rewards but tougher encounters, ideally allowing you to find your own difficulty sweet spot. The concept is sound, and having a manageable visual representation of risk/reward is a clever idea, but the balancing of nearly every aspect of gameplay lets this system down. 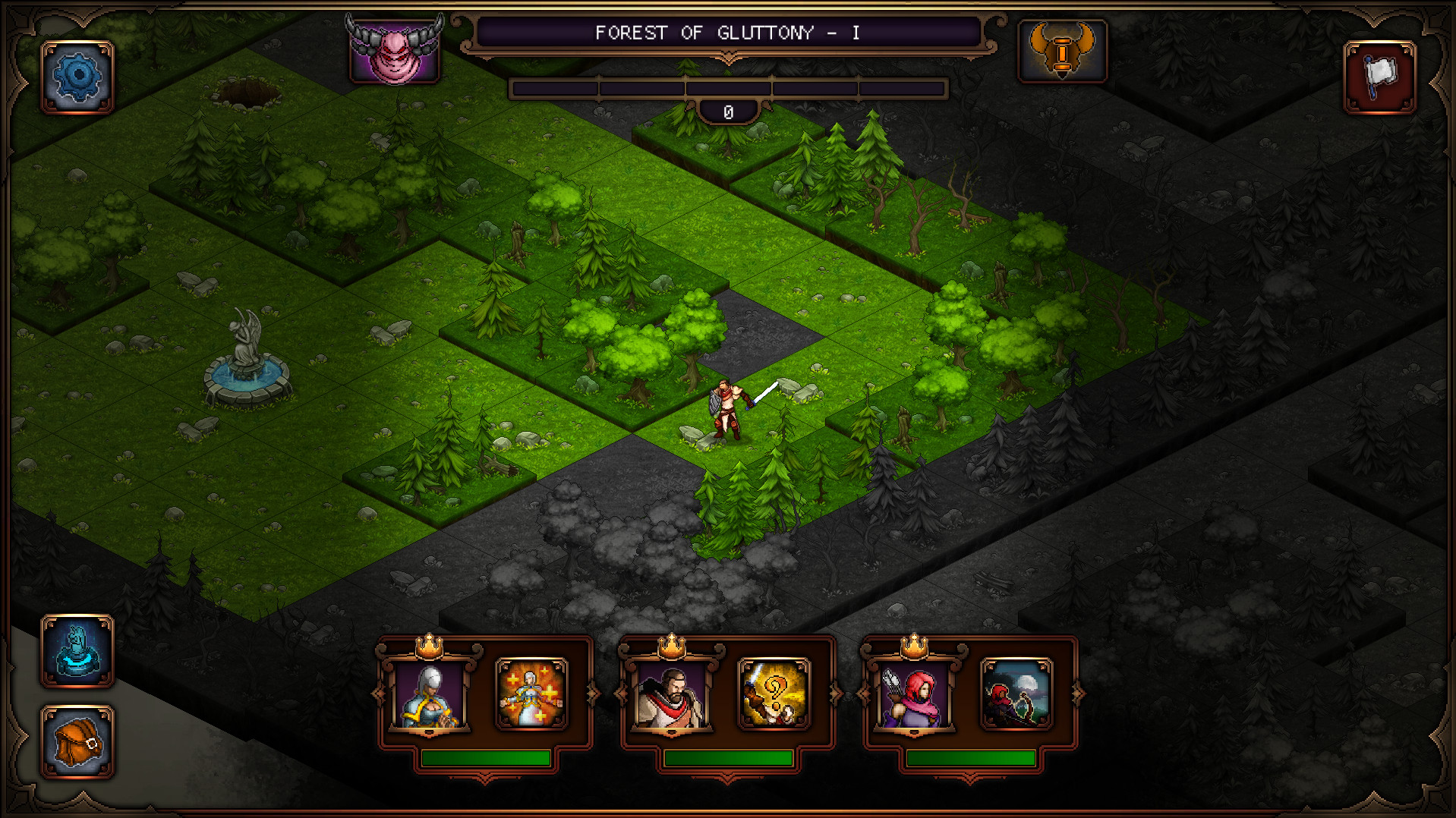 Despite the various possible changes to your sin level, almost every encounter in which you increase sin is met with a negative consequence. Treasure chests are often mimics (which steal your bloody keys), traps are numerous, corpses will often be pre-looted. What could have been a world filled with secrets and treasures instead feels like a barren husk.

Most of these major issues result in a lack of variation in pacing. Methodical plodding through procedurally generated environments filled with enemy, trap, fountain, and treasure encounters becomes dull after the first few hours. Loot is mostly innocuous, most of which is food or materials used in the shallow crafting system. Loot reward variety was increased in a recent patch, but the occasions that useful loot appears are still too few and far between.

Far too often I was tired of an area and decided to ignore events, battling as few monsters as possible on my quest to find each boss. Upping my sin only lengthened battles and made the grind more noticeable.

The pixel art style draws more heavily from 1990’s western RPGs like the Might and Magic series than the JRPGs that inspire the game’s combat. The backgrounds are vibrant, but the monster sprites are uninteresting and forgettable. Battle animations are smooth but become repetitive without a skip animation option.

The UI is serviceable but needs some quality of life improvements like the ability to skip dialogue using a keyboard, and the option to skip battle animations. Another odd hitch was the automatic skipping of interaction dialogue, so you’d better read fast. 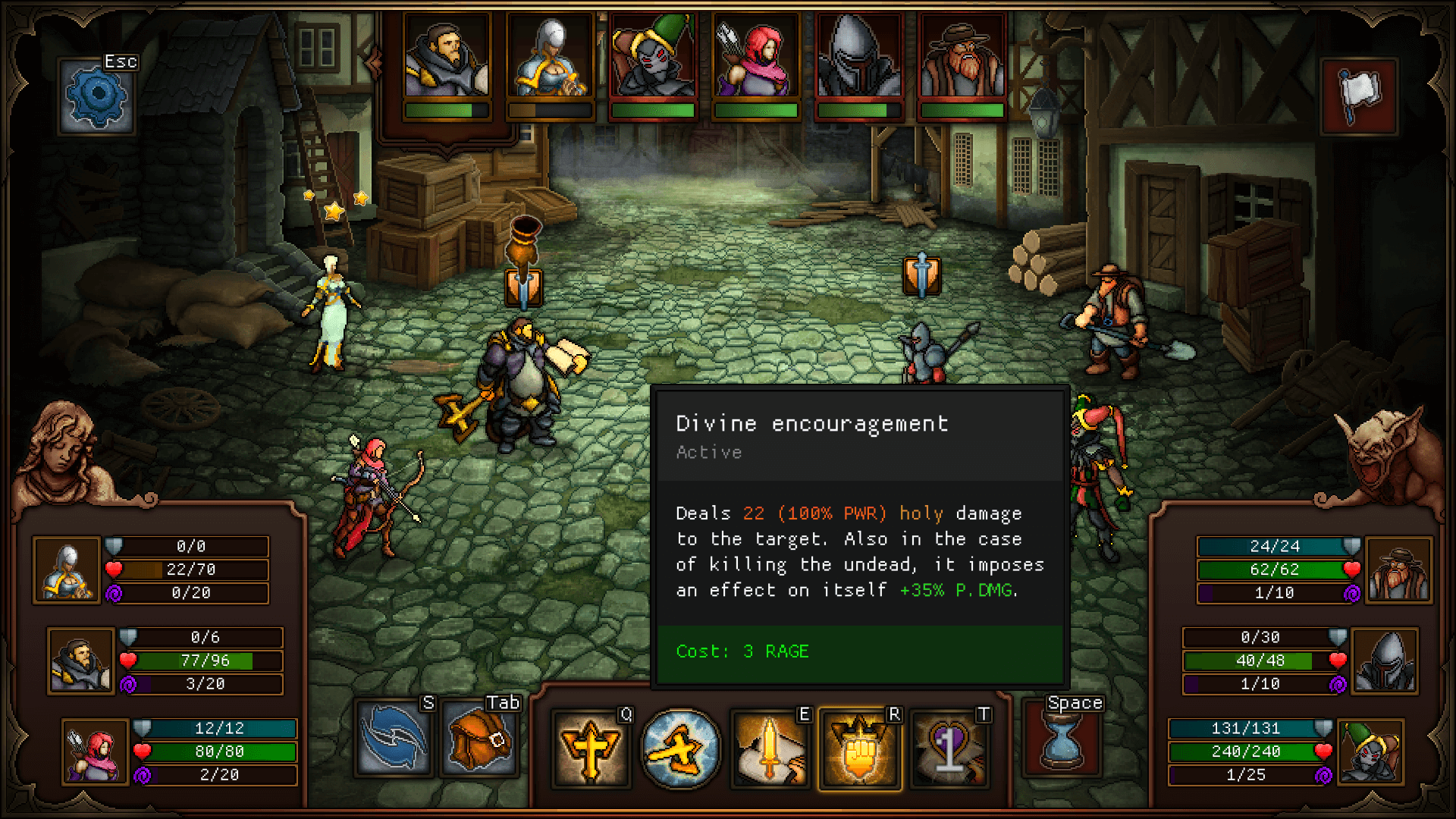 Sin Slayers feels like a game cobbled together with pieces of the developers’ favourite RPGs and roguelikes. The problem is that it isn’t really either of those.

A self-titled RPG roguelike, Sin Slayers takes a JRPG battle system and procedurally generated levels, mixes them together with a Darkest Dungeon-esque layer of grime and calls it a day. What results is a game lacking in fun and direction, but definitely full of sins.