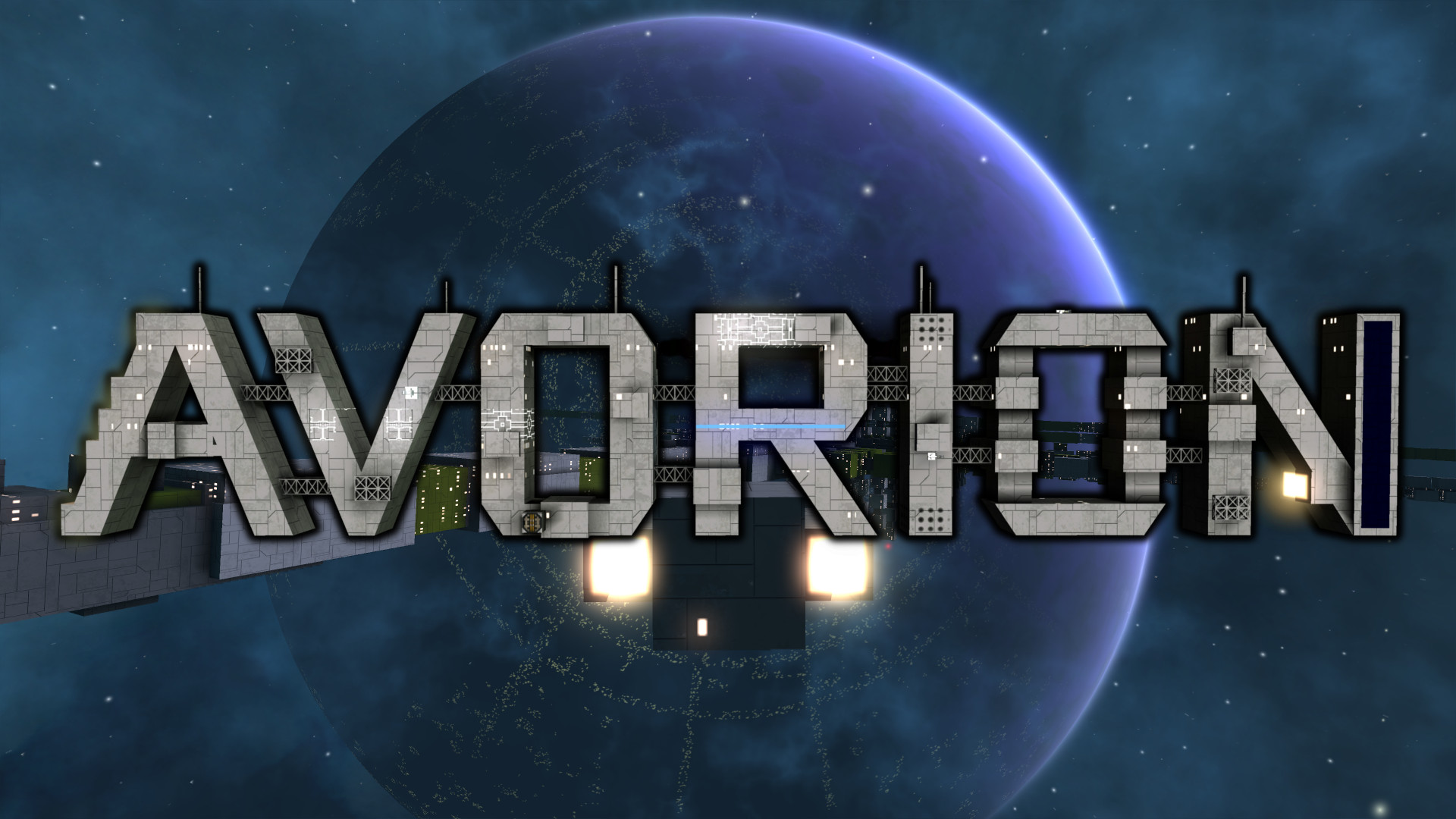 
A tinkerer’s dream, Avorion sets you loose in a vast, procedurally generated galaxy where you’ll have to mine resources to build your ship, sell resources to arm yourself, and hunt pirates for better loot as you make your way towards the centre of the galaxy. This promises to take months of my life and they’re months I’ll happily give. The sense of freedom is intense.

That being said, this is an indie game and both its visuals and UI & UX design show the limits of such productions. When approaching stations to sell or buy resources or crew your ship, it’s not enough to go close to the station and interact with it. There are specific docking points on stations which you’ll first have to approach, then activate a tractor beam to get even closer to, and then interact with to open up the functional interaction menu. The ship building menu is kind of a mess, and figuring out how to upgrade your ship, which is not covered in the tutorial, is a challenge you’re on your own with. On quite a few occasions during my time with the game I thought to myself “this is a piece of software” when faced with the basic nature of the UI and the sometimes convoluted ways you have to navigate to find the options you’re looking for. 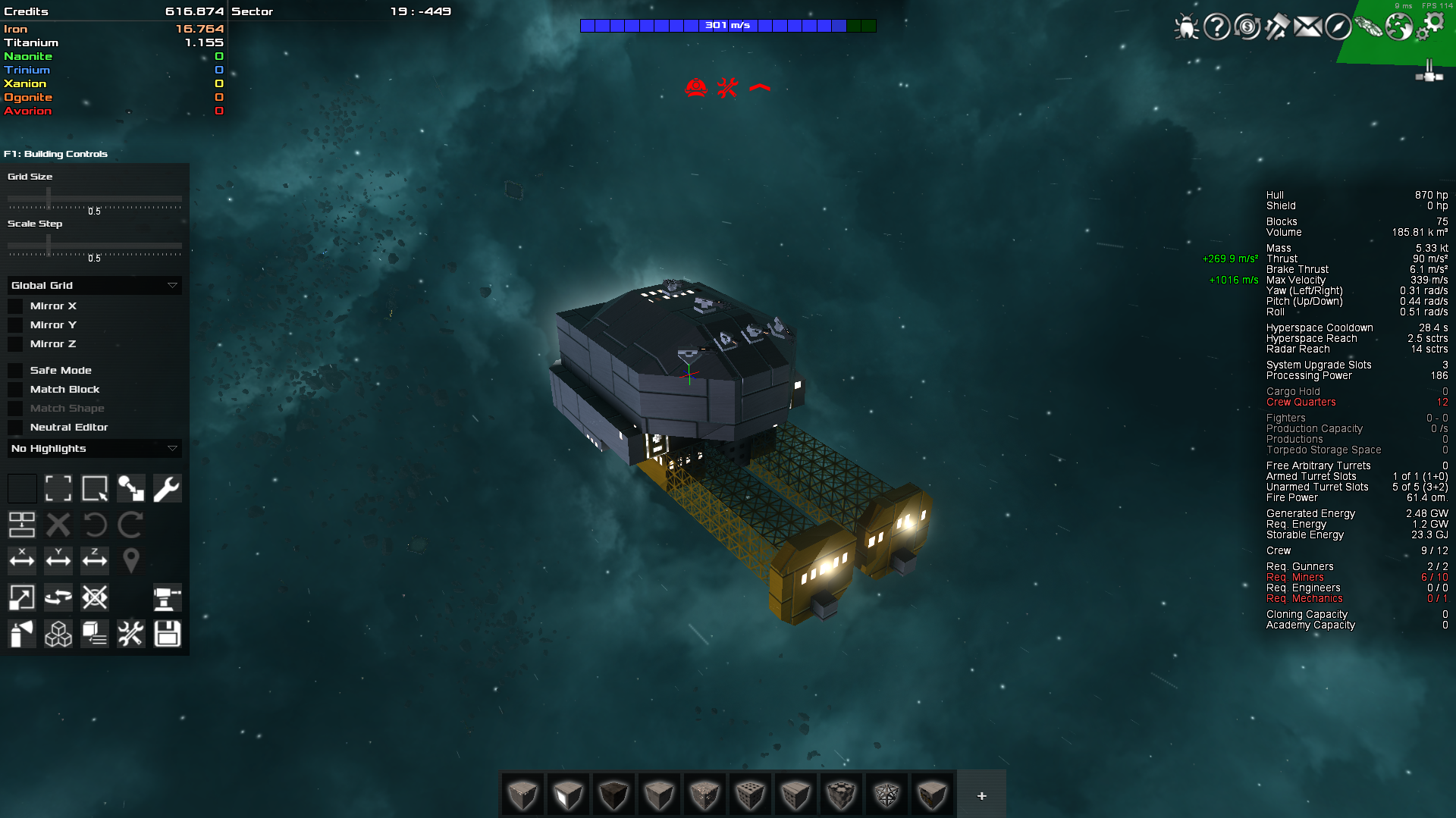 Then there are the apparent bugs. I was playing this as a purely single-player experience, but it does allow for both online co-op and PvP, but for some reason, as I mined resources, valuable pieces would float into space unavailable to me. As I approached them, a logo appeared over them showing a box and a stop symbol, possibly indicating that they were reserved for a hypothetical co-op partner? I don’t know, but that wasn’t the only odd thing. When using boosters to travel fast between places of interest in a sector, you’ll use more energy than you produce (if you’re as bad a ship designer as I am, that is). When you do this, you’ll deplete your ship’s battery. Now, while the energy meter responds instantly to you boosting (the indicator goes red and the battery starts draining) it will not react instantly to the reverse: even after you come to a full stop, the energy usage meter remains full and the battery keeps draining for another 30 seconds. This makes it very difficult to time your boosts and avoid systems failure.

As you get richer and more powerful, your options open up, but until then, the game is quite a grind. You’ll spend a long time mining, a long time building and re-building your ship, a long time getting killed in your first encounter with pirates and redesign your ship all over again. But that’s most of Avorion’s charm. The building part. The designing part. And the figuring-out-just-how-terrible-a-designer-you-are part. 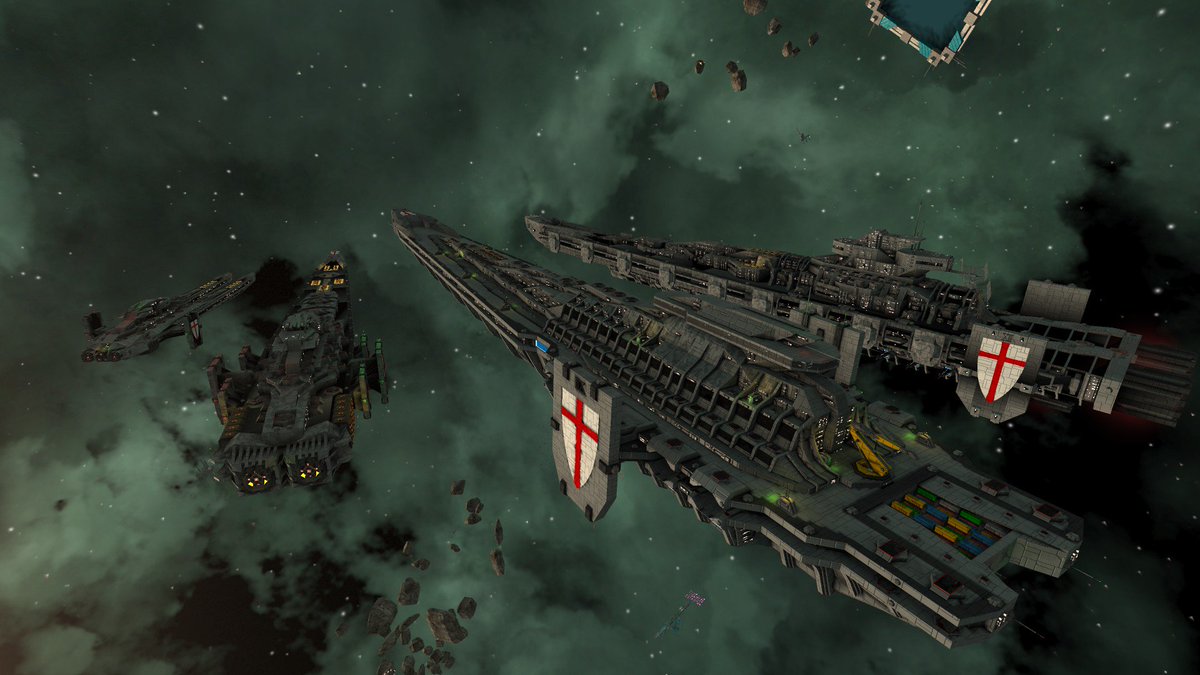 Despite all of its jagged edges and sharp corners, I will definitely be playing more Avorion for the time being. Its therapeutic music and meditative grind make it perfect for passing the time in these times where there's nothing else to do but stay inside and play games.