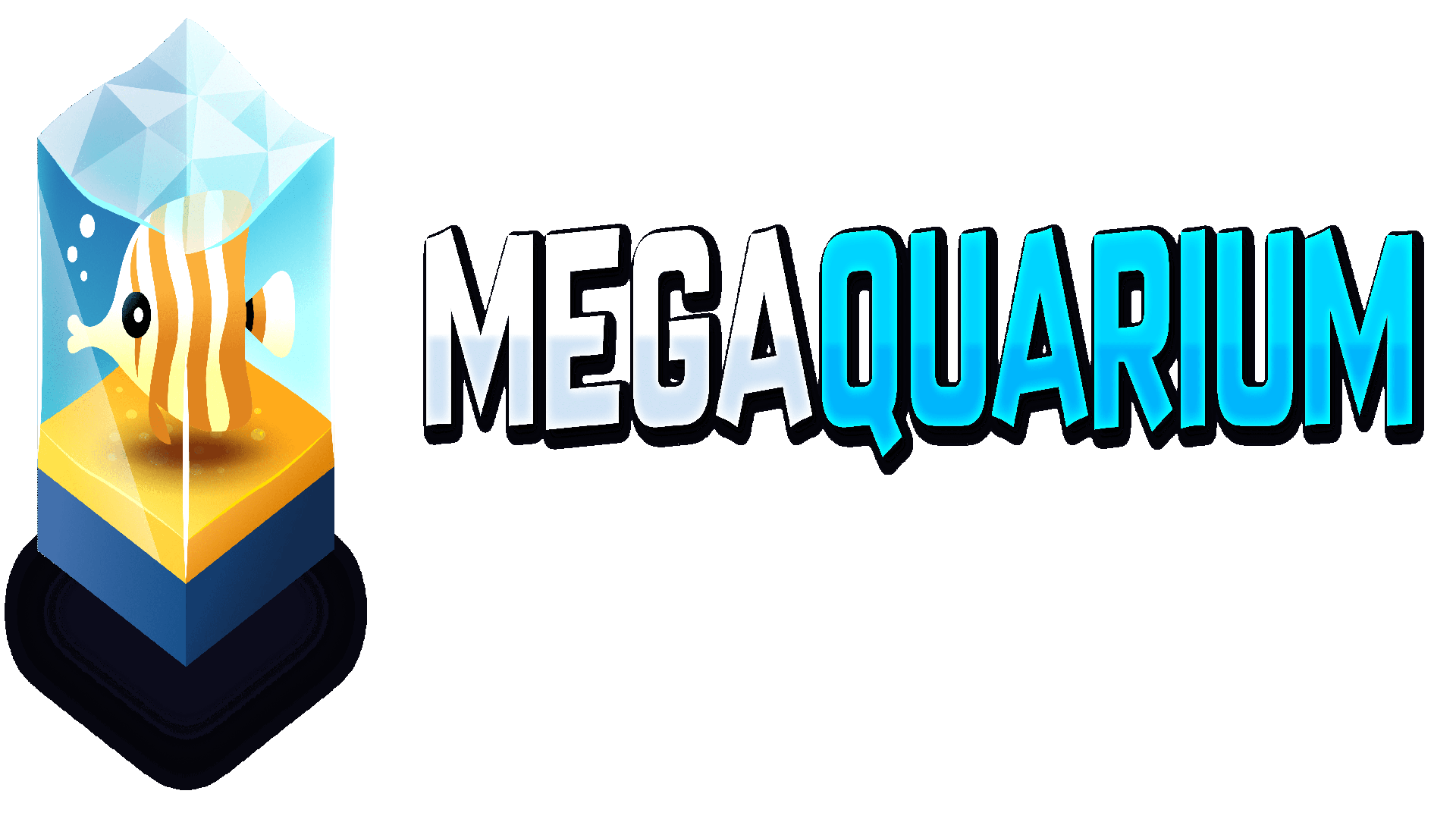 The Story: There is no story just your hired to help aquariums out with helping them turn a profit and do tasks and make sure you done go negative. 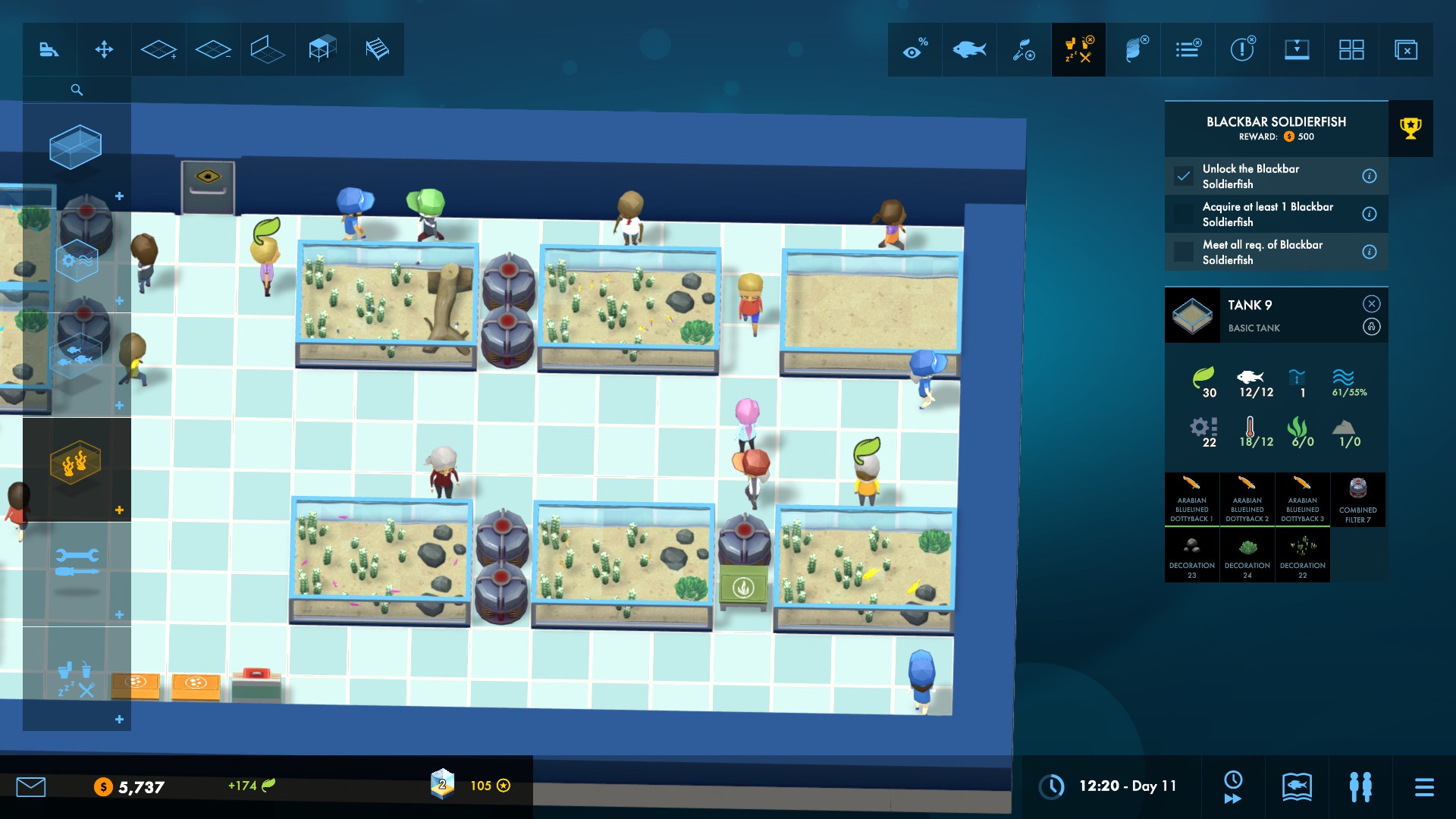 The Mechanics: Mega Aquarium is a very simple game to pick up but has a lot of depth to the game, what I mean by this is some fish can’t be put with others due to certain traits like they could be a bully so wimp fish cannot share the same tank or that they eat fish that are a certain size there is a lot of things to consider like the size of tank can matter if they grow, but apart from that there is a lot you can do in the background like adding water filters which filter waters making it better for the fishes and heaters which help with the temperature the fish need as well but having these all on display to the customers causes loss of money so you can buy pumps which have a radius so you can place them elsewhere and out of the way meaning more money with this money it helps with prestige and this mean you unlock better equipment like better heater and filters and even new fish meaning more money for you, in this game as well you have to cater to the customers as well like staff talking to them and giving them access to bathrooms and vending machines though I don’t know what they do to the bathrooms as after 3 people use them it’s a mess with lots of dirt everywhere this requires you having to buy sponge sink so your staff can clean them, your staff play a vital role with feeding the fishes and fixing everything so the more they do the quicker they rank up and this makes them even better and can fix stuff quicker or feed the fishes quicker or even stacking the books quicker that you sell for a profit. 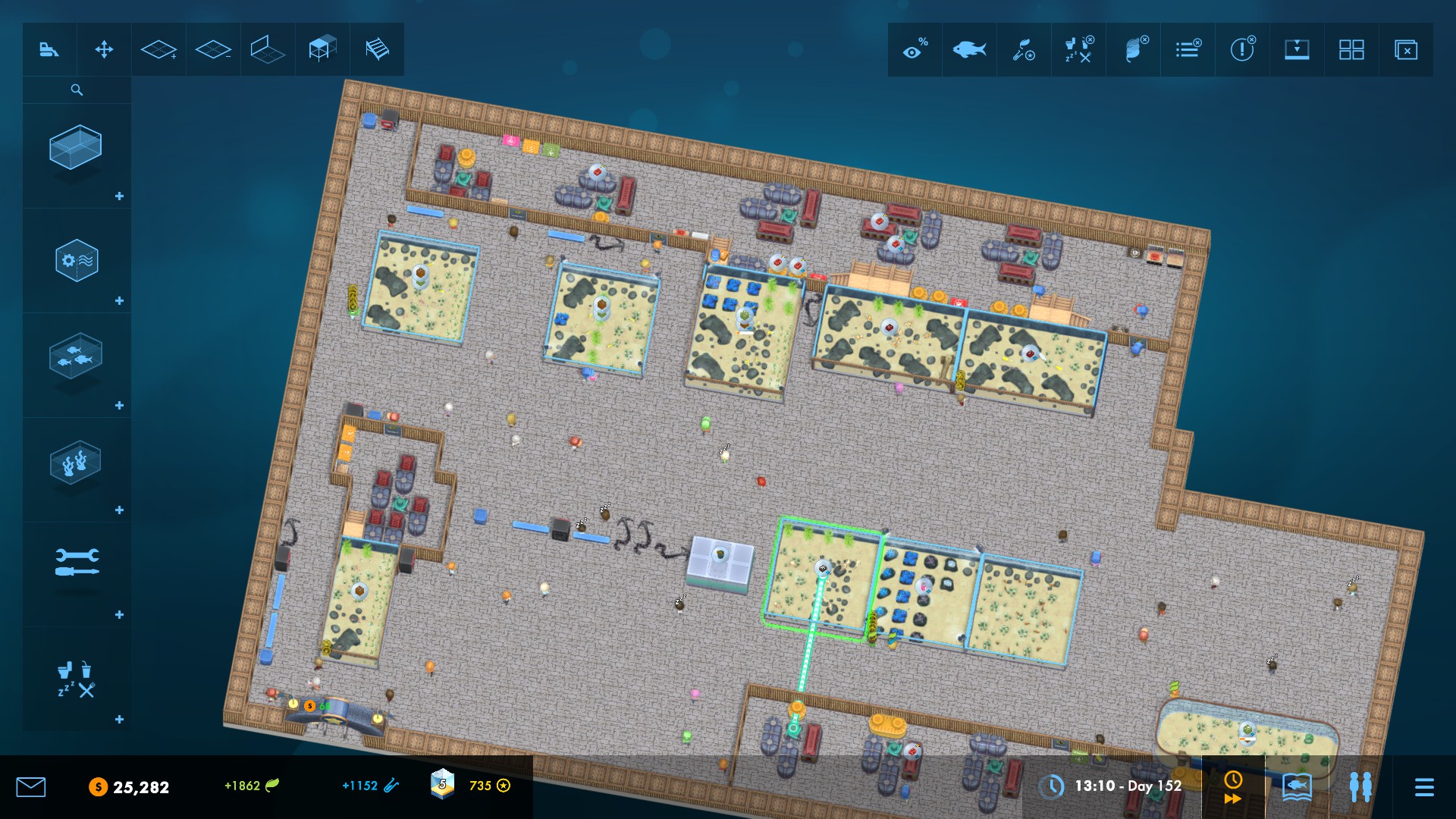 The most open Aquarium out there!

The Graphics of Mega Aquarium: are top down polygon graphics which gives it its own unique look from other management/simulator games. 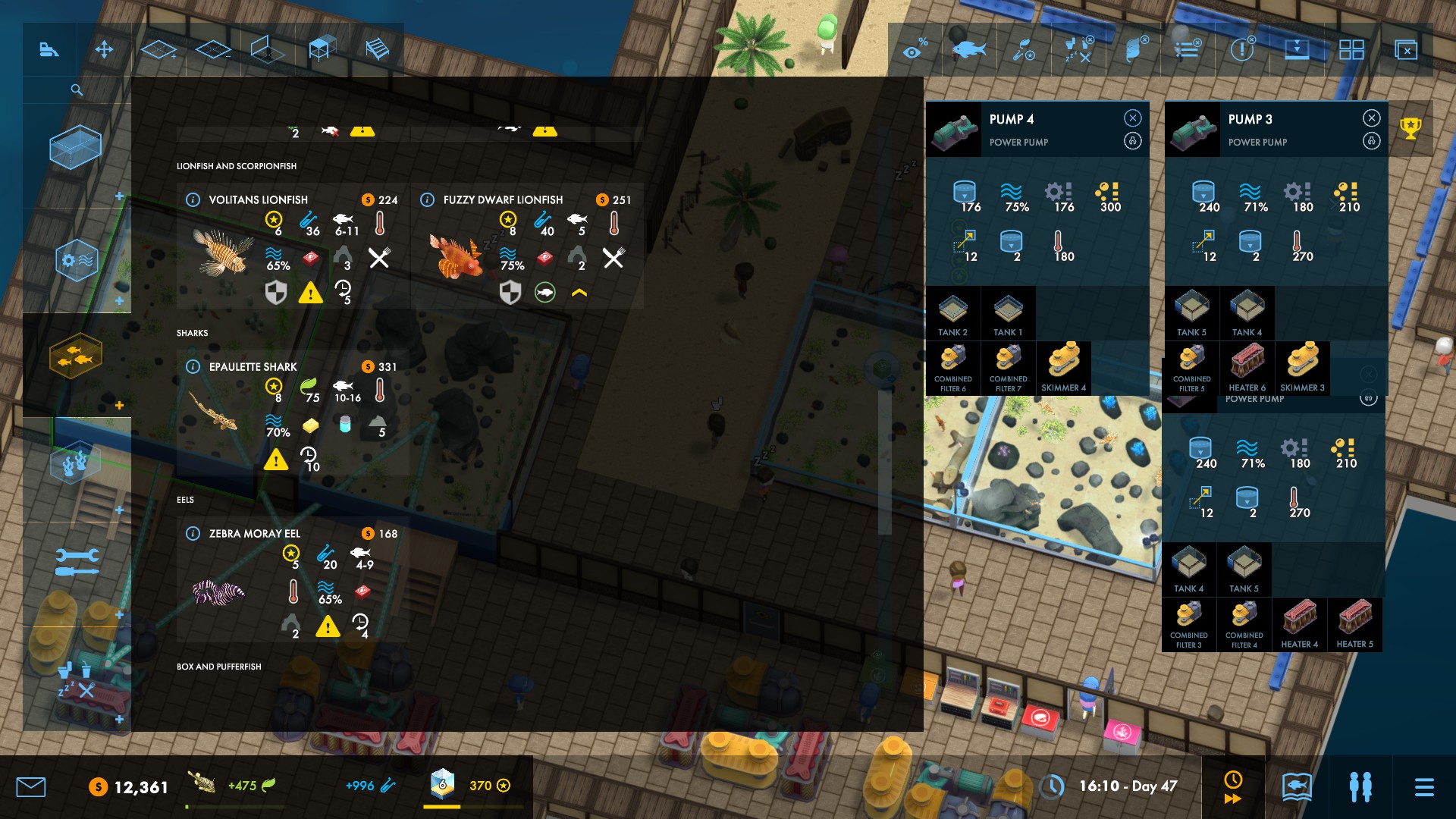 What to add to my tanks!

What does it add? This DLC adds a lot to the game like keeping fresh water fishes it adds 30 different species and making sure there tank PH scale is correct to the fish and  they can sustain living in there, this DLC also add new accessory’s for your workers which can help them with feeding or other stuff. It also adds new missions which focus on how to keep the fresh water fish and how to deal with their needs this DLC also adds 7 new tanks like a open tank where the customers can walk and look down at the fishes it’s a great tank I became one of my favourite tanks to own its expensive but worth it, the DLC also adds new decorations to keep your aquarium looking fresh and appealing.

Is this worth picking up? Yes! this is a very good DLC and worth the price it cost £9.29 and for the price it adds a lot of content if you like the base game already this just gives you more of a reason to play and get addicted on it as it adds so much to keep your interest as there is more to thing off and adds more fish you can look at swimming I really love this DLC and its worth picking up with the base game.

Does this add extra hours? Yes, with the missions this adds another 5 – 10 hours of content from missions but adds a lot more in sandbox mode as your given the creative freedom to build it how you want.

What I don’t like about the DLC: The DLC adds breeding and in some tasks you have to do you have to breed a certain species and there is a lot of RNG to get the one you need for the task and this can take you quiet a while till you get the one you need, It took me near over 3 hours to get the species I needed and money was tight but was a lot of fun and I did enjoy the breeding it had added. Another thing that’s upsetting is that it only adds 5 missions and the missions just make the game more fun and would of liked a lot more missions as if you played the base game you will understand how fun the missions are to play and the challenges they add to the game. 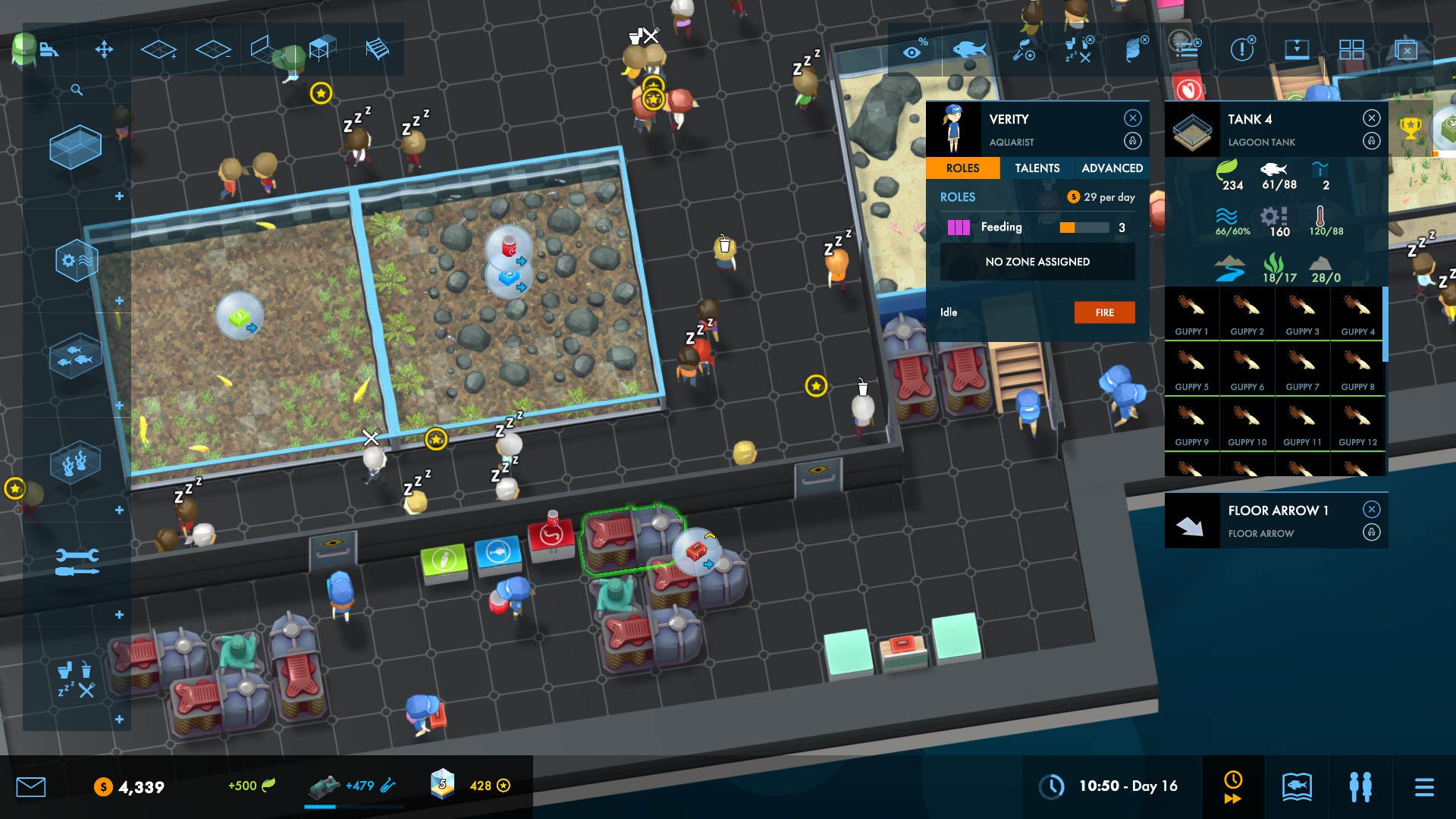 This is a very good game and with the DLC it adds so much more content this is a very good simulator game it adds so much to do and adds little bit of information about fish and how they are I did enjoy this a lot and found myself getting addicted to it this is defiantly worth picking up if you have the spare money and want a really good simulator/management game I would put this in my top 10 favourite games and with the DLC worth getting , so if this interest you then check it on -> Steam/Gog.