South of the Circle Review

South of the Circle is the perfect reason for another heated but healthy games versus movies debate. It’s a gripping adventure with some tremendous storytelling that flawlessly uses clever gaming devices to create a fantastic experience, one that no movie or book would ever be capable of; supported by fine performances from a group of renowned actors and quality motion capture, this is a game… no, scratch that, an experience that fans ought not miss. 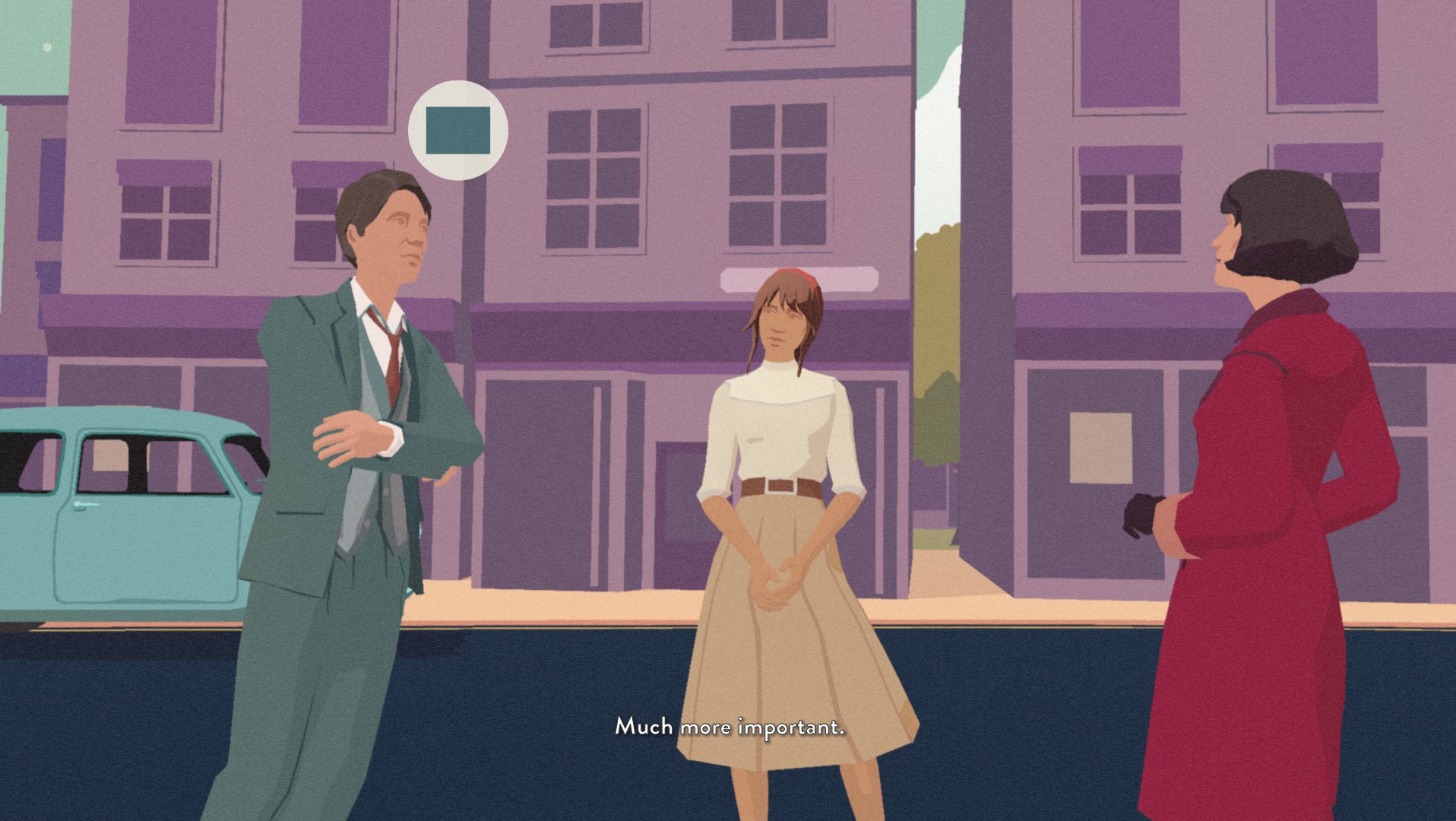 The adventure starts with a dramatic event as Peter, a Cambridge academic and main character crashes down in Antarctica during the 1960's Cold War. With nothing but a colleague with a broken leg and his life on the line, he has no choice but to get out of the airplane and walk for miles under a heavy snowstorm looking for help. It’s the perfect setup for his life to flash before his eyes, as he recalls the times at university and the love that flourished with a fellow lecturer named Clara.

Gameplay isn’t too far off from a visual novel or a walking simulator, with lots of dialogue and exposition, and minimal opportunities for actual consequential choices. The story is very political and serious, albeit with a few moments where the characters exchange some fun remarks, successfully keeping the subject as light as possible. The player mostly acts as a vehicle to keep the story going, moving from one point to another and interacting with this and that spot. Challenge is pretty much non-existent, although there are some entertaining sections to explore, such as tuning a radio, a carnival shooting game, and even leisurely driving various cars, albeit in a very limited, ‘impossible to break out of a very rigid path’ kind of approach. This isn’t the game to test your skills; instead, it is a movie that you just happen to be playing.

Instead of displaying a selection of dialogue choices, you have symbols corresponding to emotions that Peter may be going through, from concern and panic to caring and honest, among others. However, most of the time it’s all about selecting whatever shows up and watching the story unfold. If you don’t press a button in a few seconds, the game will choose for you and keep things moving.

The issue with this system is that it doesn’t feel like a solid replacement to the traditional worded reply selection. The difference between two sets of emotions often feels meager, while having a written sentence would at least give us a clear idea of our next move. Other issue is that your intervention isn’t required in most situations; you may just wait it out, the single choice will time out and the story will proceed – in such cases, there’s no real reason for the game to ask for your mediation; it’s probably just to remind you that this isn’t a movie.

There are few but important decisions during your adventure with Clara, and you must carefully consider these choices as they will be saved and remembered during the game’s gripping conclusion. Without going into spoilers, let’s just say that Peter and Clara will see their journey wrapped up according to your attitudes in key moments – for better or for worse. 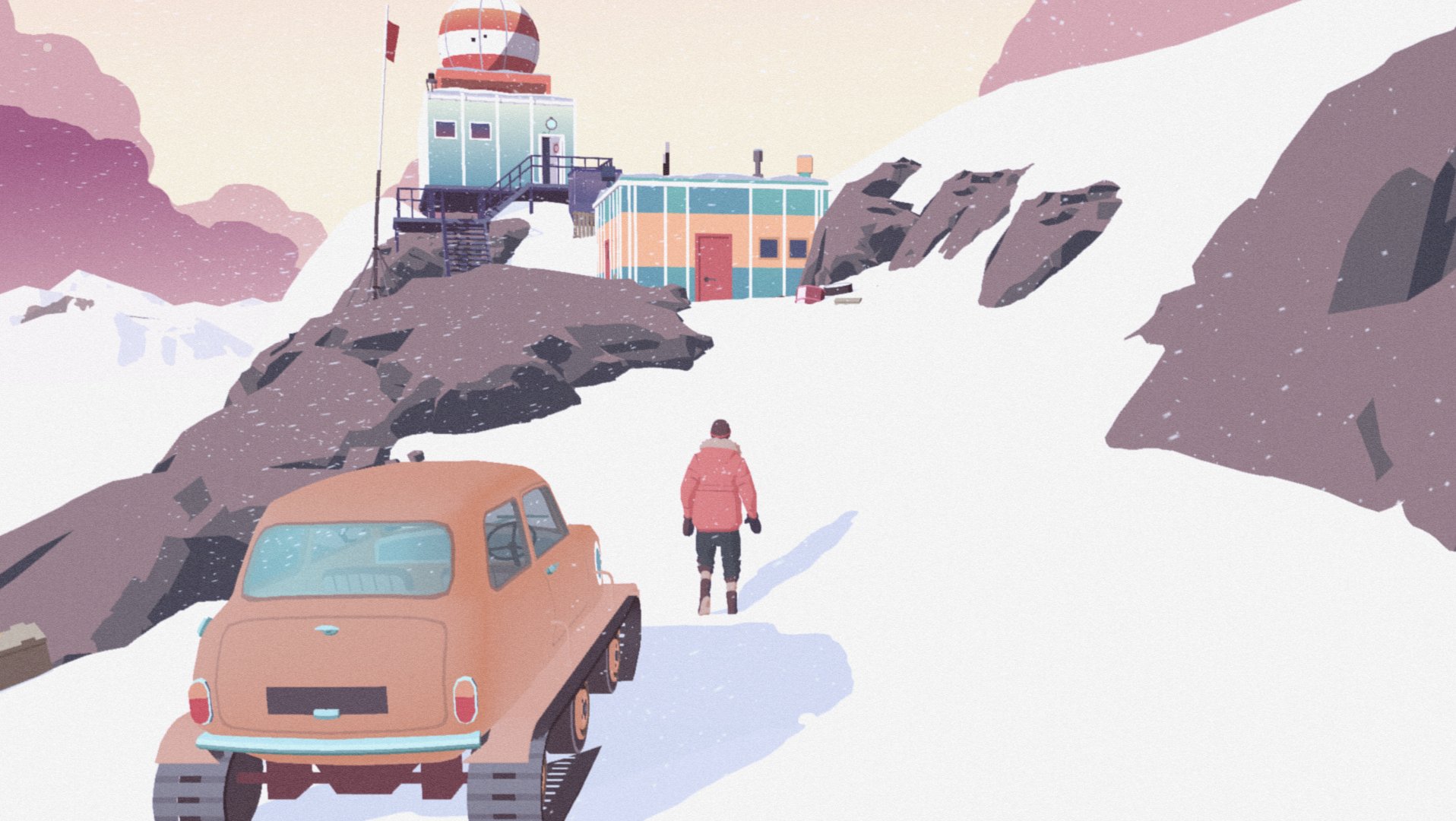 South of the Circle is quite a delight to your eyes and ears. The superb art style mainly uses simple lines and pastel colors that lend a distinguishable look to the game, emphasized by a film grain effect providing a very reliable old movie feel, superbly suited to the bygone eras portrayed in the game. Every camera movement is carefully planned and considered to make the fairly static scenes feel more immersive, and sometimes to focus on aspects that may either be relevant or interesting to watch. Take some panorama shots in Antarctica, which are absolutely magnificent in all of their dangerous and life-threatening beauty.

During most of the adventure, Peter’s two timelines intertwine in seamless and very cinematic ways. Some transitions are truly remarkable, such as the one where a snow vehicle in Antarctica smoothly fades into a car in a rainy day in England, or another event where Peter is struggling with a rowboat in Antarctica and remembers a particularly unpleasant time with his stern father, again in a rowboat. The creativity here has no boundaries, it’s obvious that a lot of care and attention went into the look and feel of the game, bolstered by the strong motion-captured performances that perfectly render the characters’ emotions.

Such a strong visual side would need an equally convincing sound quality, and luckily it doesn’t disappoint. Voice overs are left in charge of some talented actors, with Gwilym Lee (Bohemian Rhapsody) and Olivia Vinall (The Woman in White) playing Peter and Clara in outstanding performances. The score of the game is similarly impressive, both beautiful and haunting according to the event that the characters are experiencing.

South of the Circle looks and sounds great, but that’s not the full extent of its strengths. It brings some fantastic writing worthy of the best movies, particularly political thrillers with elements such as romance and survival thrown in for good measure.

South of the Circle ends up being a somewhat niche experience, but quite an enjoyable one. It’s a great three to four hours experience with superior storytelling and period recreation, but you are mostly spectating and sporadically moving Peter around, making the rare consequential decision now and then. Those who know what they are getting into will love it to bits, right up to the unnerving ending. This is a ride that will not leave you cold.