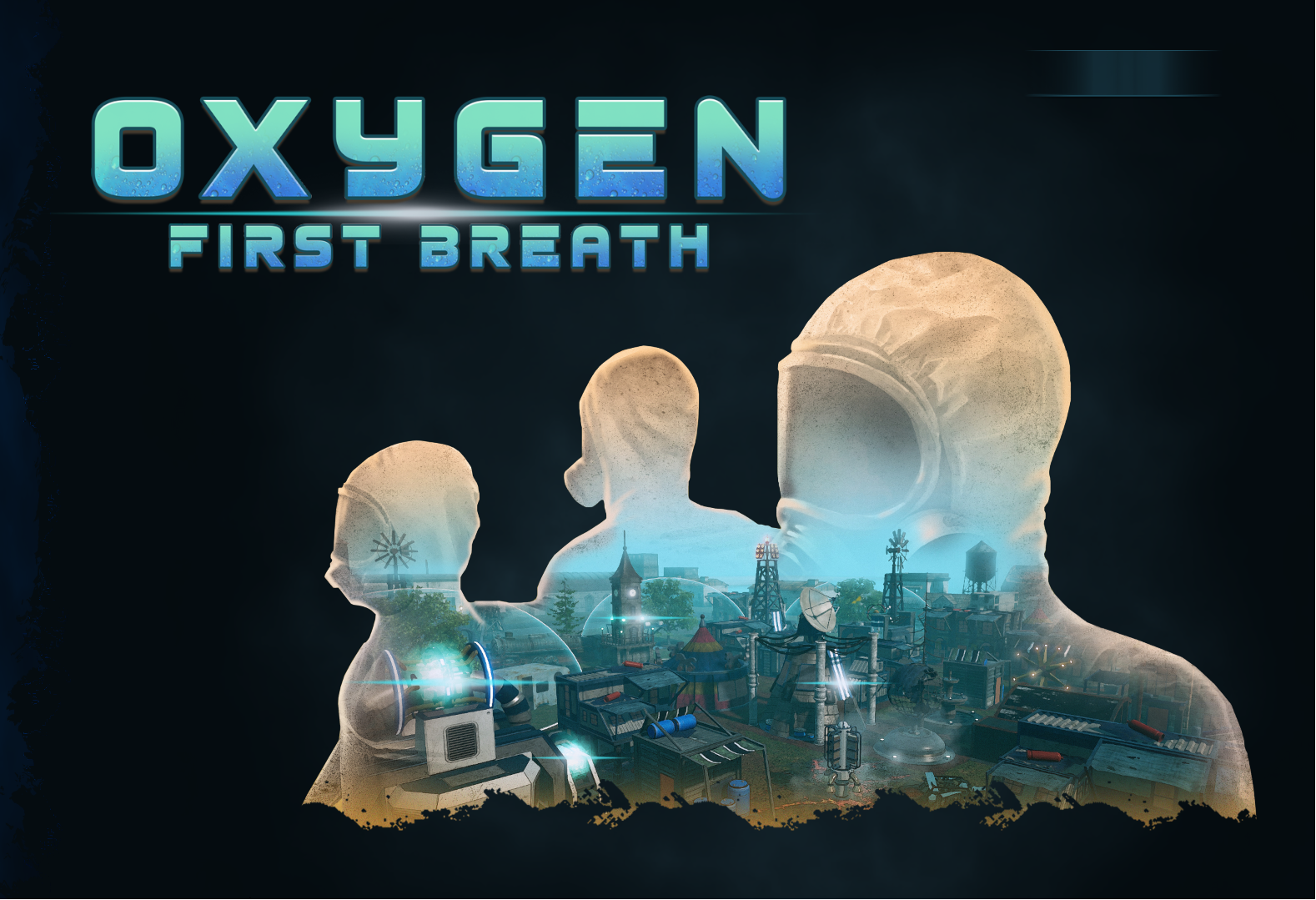 Oxygen: First Breath is a small, free insight into what will come when the full release (Oxygen) comes in Q1 2023. If you like a challenging city builder game, this could be for you.

What Does Oxygen: First Breath Entail?

A natural disaster hit and brought humanity to its knees. Only a few survivors left, you must build your city around the oxygen centre and ensure the people's survival in a post-apocalyptic future. All the while, it is threatened by crack explosions, deadly winds, droughts and frost. It is down to you to lead your people and keep the oxygen centre running.

Fulfil the people's basic needs with steady water and food supply. Coordinate and assign your people to jobs to produce the required materials for new buildings. Research new features to unlock more building opportunities to make their lives easier and comfier. As well as to be able to protect themselves from harsh weather conditions. Explore and recover valuable items from abandoned areas.

But most importantly, keep your oxygen centre running by either generating energy from coal or finding sustainable energy resources.

When first loading the game up, you will be given a brief backstory of why the earth has become the apocalyptic world you see now in the game.

You can do the tutorials first or jump straight into the deep end. I would suggest doing the tutorial as there is quite a bit of information to keep your civilisation thriving. The information given is clear and precise to follow. Though be warned, the narrator for the game can sometimes come across as a little robotic when she isn't supposed to, and on one occasion, her volume randomly decided to turn up and nearly burst my eardrums. Hopefully, the devs will fix this on full release. 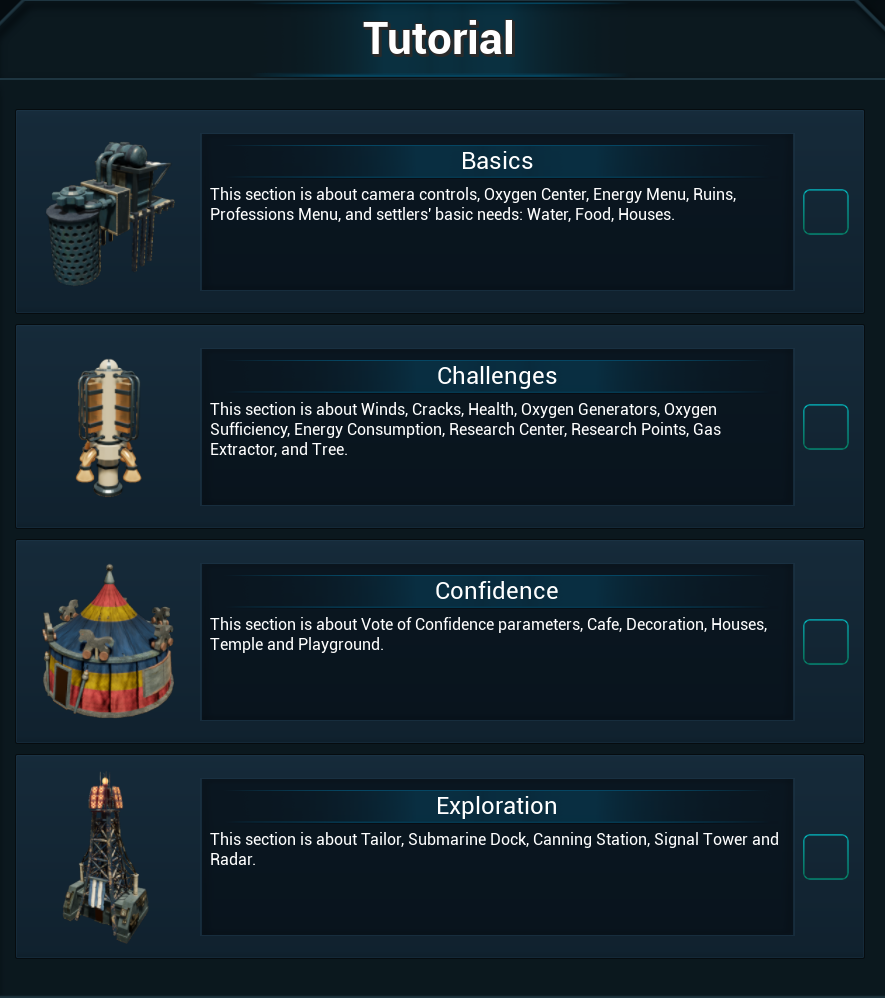 Considering Oxygen: First Breath is only a taste of what is to come with the full release; it seems there is already a fair amount of things implemented, such as structures, buildings and resources, which is promising as there is a lot more to come.

Navigating the UI is easy. They haven't unnecessarily overcomplicated it, which I sometimes feel devs do when it comes to city builders.

Difficulty-wise, even on easy mode, I struggled to keep my oxygen centre to keep running due to not bringing in enough electricity. So I dread to think what normal and hard mode are like. Unfortunately, there is no sandbox mode in the taster. Hopefully, that will be added when the game is officially released.

However, I felt easy mode was a good balance for me as it still had that challenging aspect, but I could at least enjoy it simultaneously. The most difficult part, I thought, was dealing with cracks. Those things like to pop up anywhere and love destroying buildings, but they are a good source of energy until they run out... 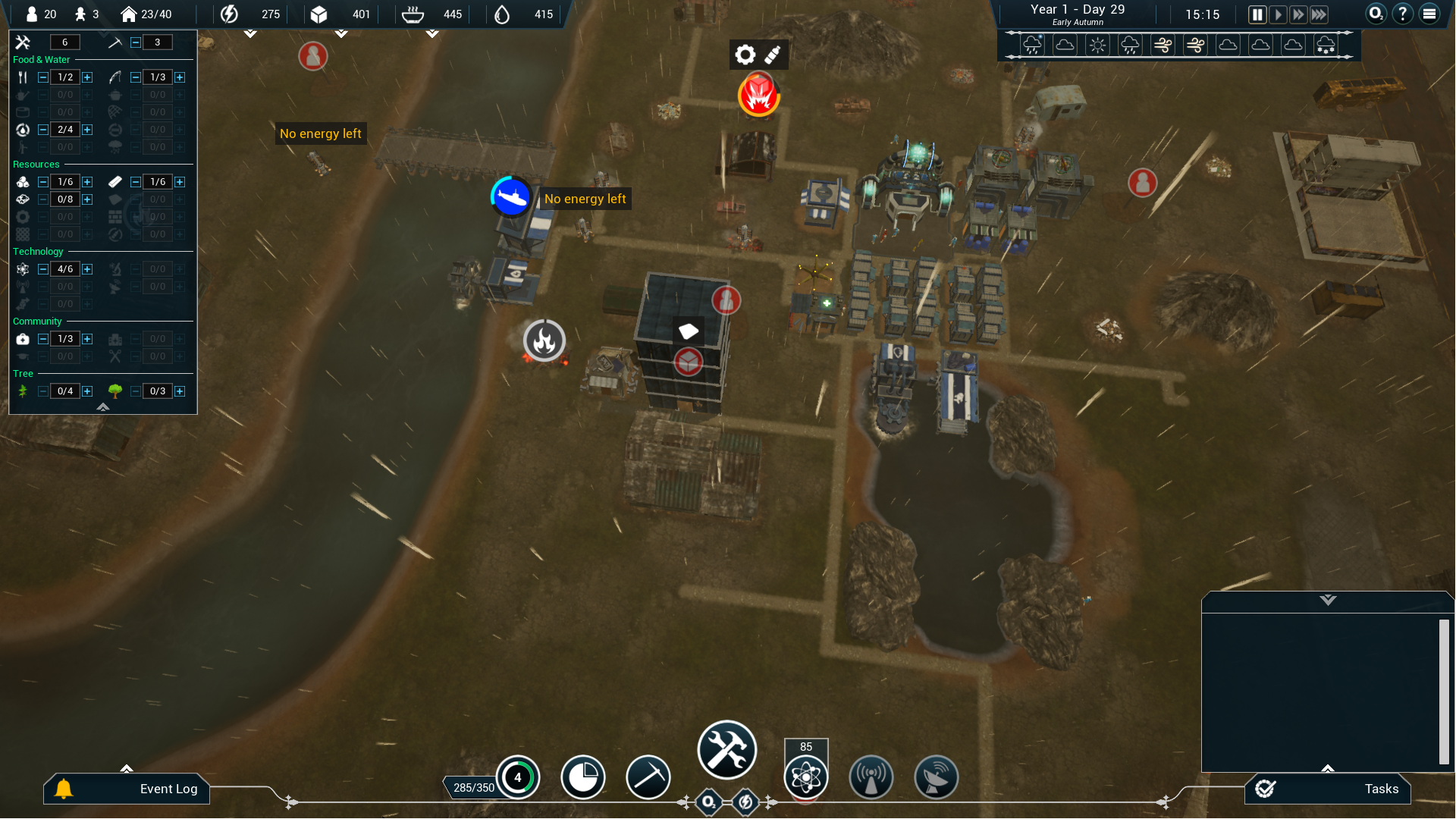 I enjoyed Oxygen: First Breath a lot. Other than the narrator issues I mentioned above, I didn't encounter any other bugs.

However, another thing I didn't say about the narrator was that you could hear her breath after each sentence. I don't know if that was because they wanted it to come across as if she took in oxygen; it seriously got on my nerves. If that is the case, then it was an unnecessary addition.

I look forward to seeing what comes with the full release. It has a great deal of potential. Oxygen: First Breath is something I could easily stick hours into. Unfortunately, it is maxed to 50 days of in-game time to try the game out, which is fair enough as it's just a demo. But I want more!

Therefore I give it my stamp of...