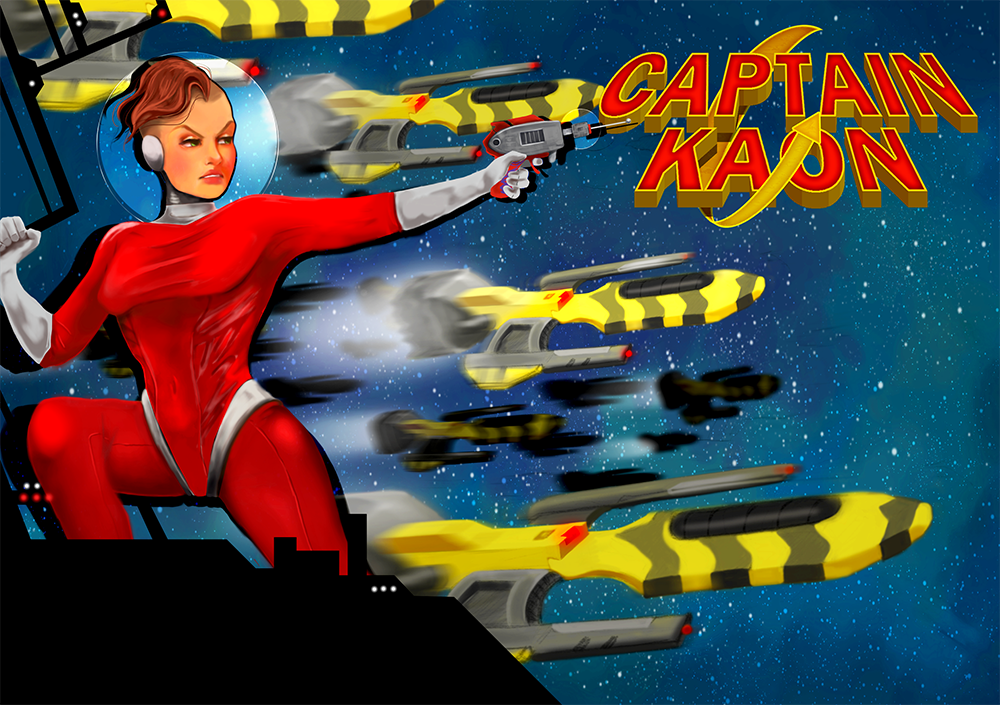 I'm here to review the game "Captain Kaon". I had a lot of fun with this one. I had actually downloaded a pre-alpha of this game from itch.io before it got it's Steam release. There is quite a lot to go about describing exactly what this game is in it's entirety, which i WILL cover throughout this review but for now, the Story, and features as per the Steam store page.

About This Game:
Captain Kaon is a retro twin-stick gravity shooter inspired by 1980s classics such as Thrust and Gravitar. Captain Kaon brings the vector graphics of old right 'up-to-date’ with vibrant Amiga-style pixel art and a tight twin-stick control mechanic.

Story:
The overcrowded Earth has found a new home among the stars, a clutch of habitable worlds in the Regulus sector. But this new paradise did not last long as a strange alien force began a relentless assault on their colonies. This threat to human expansion could not go unchallenged.

In response the Earth has sent the finest ships in the Interstellar Navy to defend the colonists and protect its interests. Left behind are the old and the out of date, led by the flagship Argus. A small fleet of relics to defend our only home.

Hot headed and insubordinate, Captain Talia ‘Kaon’ was facing a court martial when war broken out. Hoping this new conflict would give her the chance for salvation, she instead found herself left behind. With the Argus operating on a skeleton crew, she has been assigned as its sole gunship pilot.

In the midst of this uncertainty the miners of Ceres revolt against Earth rule, refusing to supply the fleet with the deuterium fuel it sorely needs. Without it the fleet in Regulus will be unable to fight and the Earth will become vulnerable. Only Captain Kaon can fly her gunship through the twisting tunnels beneath Ceres surface and fight the revolt.

SOOOOOO many cliches packed into one story. But that's alright, this game is meant to spark nostalgia for a genre not much seen since the 80's. I really wouldn't expect much other than cliche in this situation! The 80's were after all, one giant decade of cliche after cliche for a lack of better terms.

Let me start now with how I personally feel about this game. As always when i review, I'm going to give it to you how I see it, but then comment on it objectively as well. To me, this game is a double-edged sword in many ways that I will go more into detail on throughout this review. Normally one of my first steps to reviewing a game is to make some cliff notes that are a list of pros and cons so that I do not miss anything important while writing. While doing this, I noticed that some of the same things on my pros were winding up on my cons. Some of the very things that make this game great are the same things that hold it back.

Captain Kaon exists within a genre that I love from my childhood. One that I've missed over the years but at the same time it could be making use of the innovation that has happened since to create an absolute classic that one CAN NOT help but to notice. As it stands, the game is for a niche fanbase of old gamers like myself who sometimes miss the early days of gaming. This is a good and bad thing.
First of all, the graphics. While just as stated in the Steam store's description by the very developers who created Captain Kaon, the graphics are a throwback to the Amiga era. It is exactly this. It delivers on that promise.  It looks great for what it is meant to be. 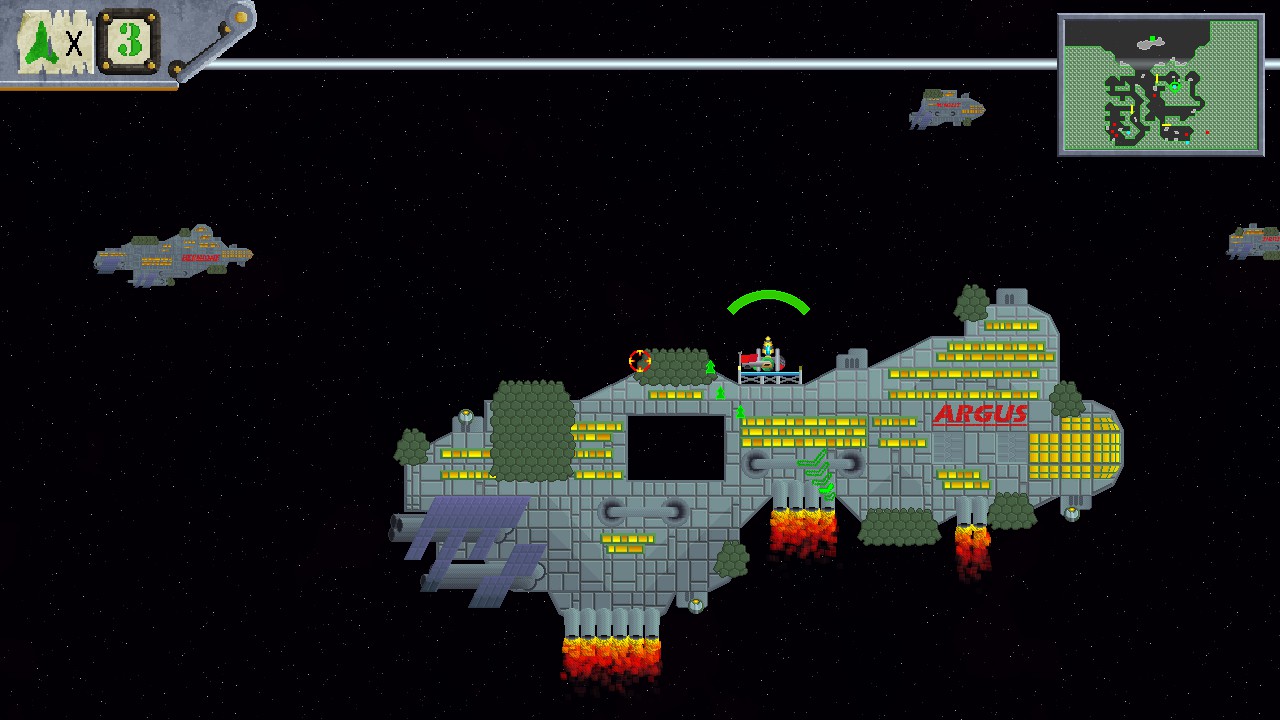 That being said, if instead they were to make use of modern shaders and lighting techniques, and would have created a 2.5D experience instead, they still could have given their nod to the genre, while catering to modern standards. I wish they would have went this route. I'm no graphics whore by any means. Graphics have 0 bearing on a game being great or not, but most of us do prefer something to look as good as possible, no? Beyond that, you could introduce a younger generation of gamers to a genre they might otherwise just look right past. That is all conjecture of course, and just my personal feeling on the matter. It makes the game no more or less great. The music and sound effects for the game are pretty good. They did not ever get annoying whatsoever, and the music felt right for the setting. The sounds of the weapons felt right, and the sounds of enemies exploding did too.

One thing I REALLY enjoy about the game is that even though it is a shooter at heart, it contains elements of strategy and puzzle games as well. You have a map of a planet with various zones you select to run missions on. Once completing a mission your faction now controls that zone. These zones have resources you can collect. Each mission can be redone anytime you wish, BUT... If you do choose to redo these missions and exploit the resources there, you run risk of the area being invading by the enemy faction and taken back over. Mild strategy element, but a strategy element none the less.

Along with the resources you collect, there are also unlockables you can be rewarded with for conquering zones. Things such as new ships to select, new weapons/gear to equip. Always a very good thing when your rewards for completing something are more than just points. As for the puzzle mechanics, there are various devices throughout each area that you have to activate by doing things like hitting tripwires, placing batteries, destroying power sources, etc. Sometimes there is multiple actions to be taken just to unlock one single door. Again, mild puzzle element, but a puzzle element none the less.

The combat is fairly well balanced, and has a decent amount of variation. There are fast moving enemies who speed towards you, ones that dodge your attacks constantly and annoy the hell out of you, ground mounted missile launchers, enemy spawning mechanisms you must destroy, a giant sword and shield wielding mech that will really mess your day up. A fair amount of variation as to not get stale too quickly. Here is another one of those double-edged swords moments though. Where i say the combat is well balanced, the difficulty of the game itself is not. It relies on what I call lazy balancing. Instead of making some enemies extremely difficult while others are easy, Captain Kaon seems to rely on gravity always working against you, and fairly involved controls to make the challenge for you. At the same time you are holding a button for your thrusters, aiming your cannons/guns, pointing your ship in the right direction while gravity is constantly pulling you down and there are projectiles flying at you. 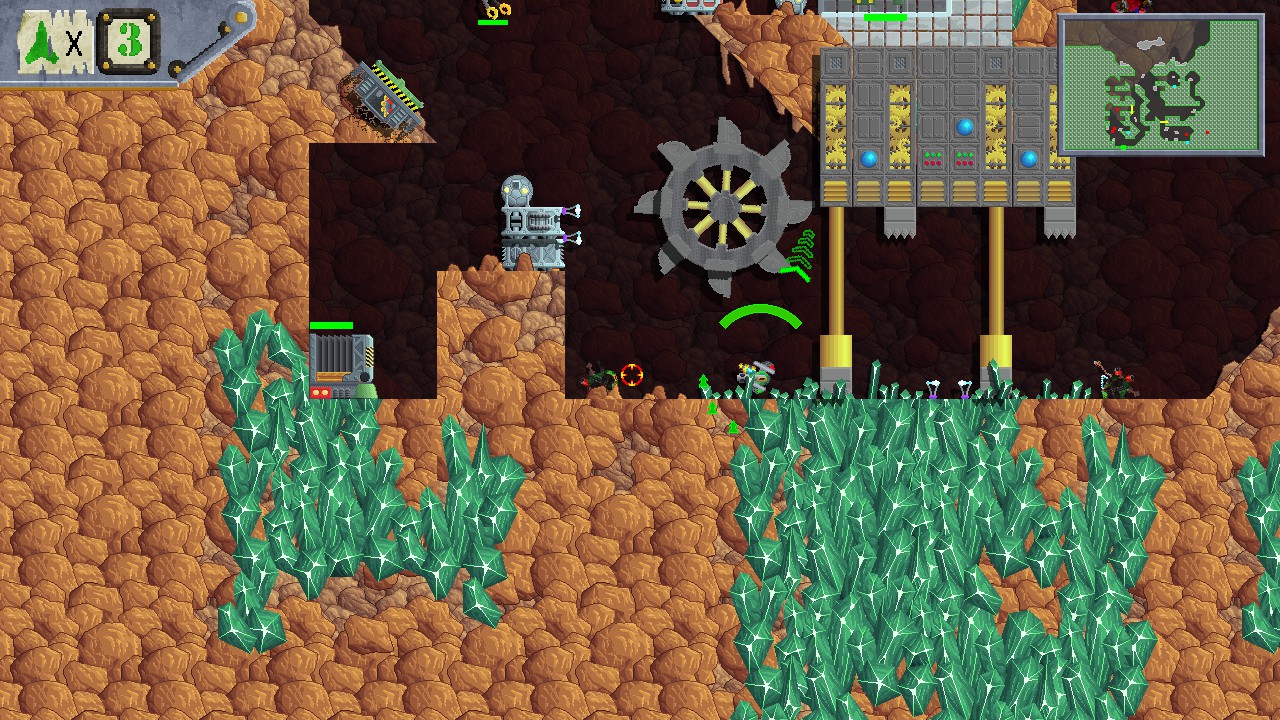 Still with all this, the game is not extremely difficult, but you can still tell that this is where they put their focus when considering balancing the difficulty of the game. That is just lazy development to me. There are many ways to balance a game, controls should never be one of them unless that's the gimmick of the game like say, QWOP, or Surgeon Simulator.

Here is where yet another double edged sword moment comes into play on top the one I just spoke of. So what does that make this? A quadruple edged sword? Fuuuccckk... RIP the wielders hands. While the controls work against you making up the majority of the games difficulty, they are also tight and responsive. They do exactly what you expect them to, no surprises. So while I dislike how the controls relate to the games mechanics, I also praise them for their smoothness.

Uh-oh. Here we go with those swords again. And it has to do with controls. The quadruple edged sword just got some more edges. You cannot remap the keys/buttons in any manner, and some of them are not really where you would expect them to be. For instance you thrust your ship around with the left trigger on the gamepad. I would much rather have the thrust be on the A button on an Xbox style controller. A minor gripe, but it sucks regardless.

So here we are with this game that has GREAT fluidity in its controls but some of those controls are set up in an odd way, and they are the very things that are your challenge to overcome in the game. I feel like these things combined could have had much more thought put into them during development and a different outcome should have happened.
The game is still very playable regardless, and I still consider is pretty great. Captain Kaon is definitely a game I could put a lot of hours into. Hell, I think I played the pre-alpha I had downloaded for a good 15-20 hours at least. At the price point of $6.99 on the Steam store, I would definitely say this game is a go. I would recommend it to anyone who enjoys retro styled games and even some who do not. As i said earlier i would rate this game on my personal opinion, and then objectively.

Personally, I can overlook a lot of the issues with this game which are largely superficial and still have a great time with it... so my rating of this game would be a 7.5/10.

Objectively, I do not think this game would hold up well for the masses. It would take a certain type of gamer to enjoy this, mostly older folks who gamed through the time this genre and style was popular. So for that, i would have to say around 5.5-6/10.