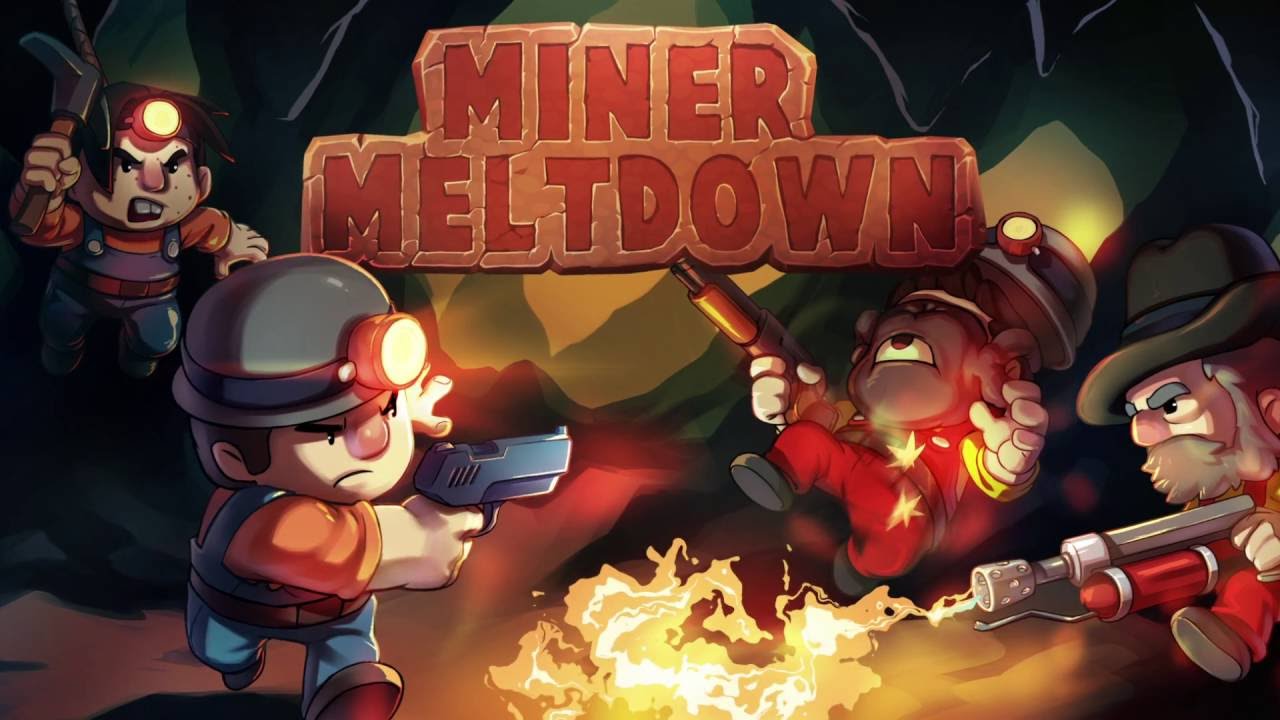 Miner Meltdown (Developed and published by Mighty Pebble Games Inc) has left Early Access on the 2nd of August and after playing this game for awhile with my friends I think it's time to finally review it.

Miner Meltdown is a 2D team-based online competitive multiplayer game. Players must scour the map for minerals, upgrade their gear, and attempt to blow up the opposing team all the while avoiding monsters, traps, and environmental pitfalls along the way. Maybe it sounds like a copy-pasted concept but actually this game is really unique - I've never played something like it. It's strangely addicting and it's really fun to play with friends. The only problem is... lack of players. Rarely will you find a server with people in it (Sometimes while I was playing Steam said I was the only one in the game) but that can easily change if you just buy it and tell your friends to get it and you can get it on sale until 9th of August for 5 euros. I mean how bad can it be since the reviews look like this.

So, there are 3 gamemodes:

Deathmatch - Just a typical "winner is the team that has more kills at the end of the match" but I like this gamemode the most since it focuses on killing instead of objectives, I know I'm sick...

Diamond Dash - Kill Mutants (or other players who killed Mutants) to get diamonds, get the diamonds in the specific part of the map where you can deposit them - the team who deposited more diamonds at the end of the match wins.

Crazy King - This is a gamemode that has been added in a full release update. There is a circle somewhere on the map which moves to different areas after a time period, you get points by standing in the circle (the circle is contested if there are both teams in it) and again - team with most points wins.

And of course there are a ton of weapons you can buy, and it even has a jetpack and a grappling hook - smells like game of the year to me. 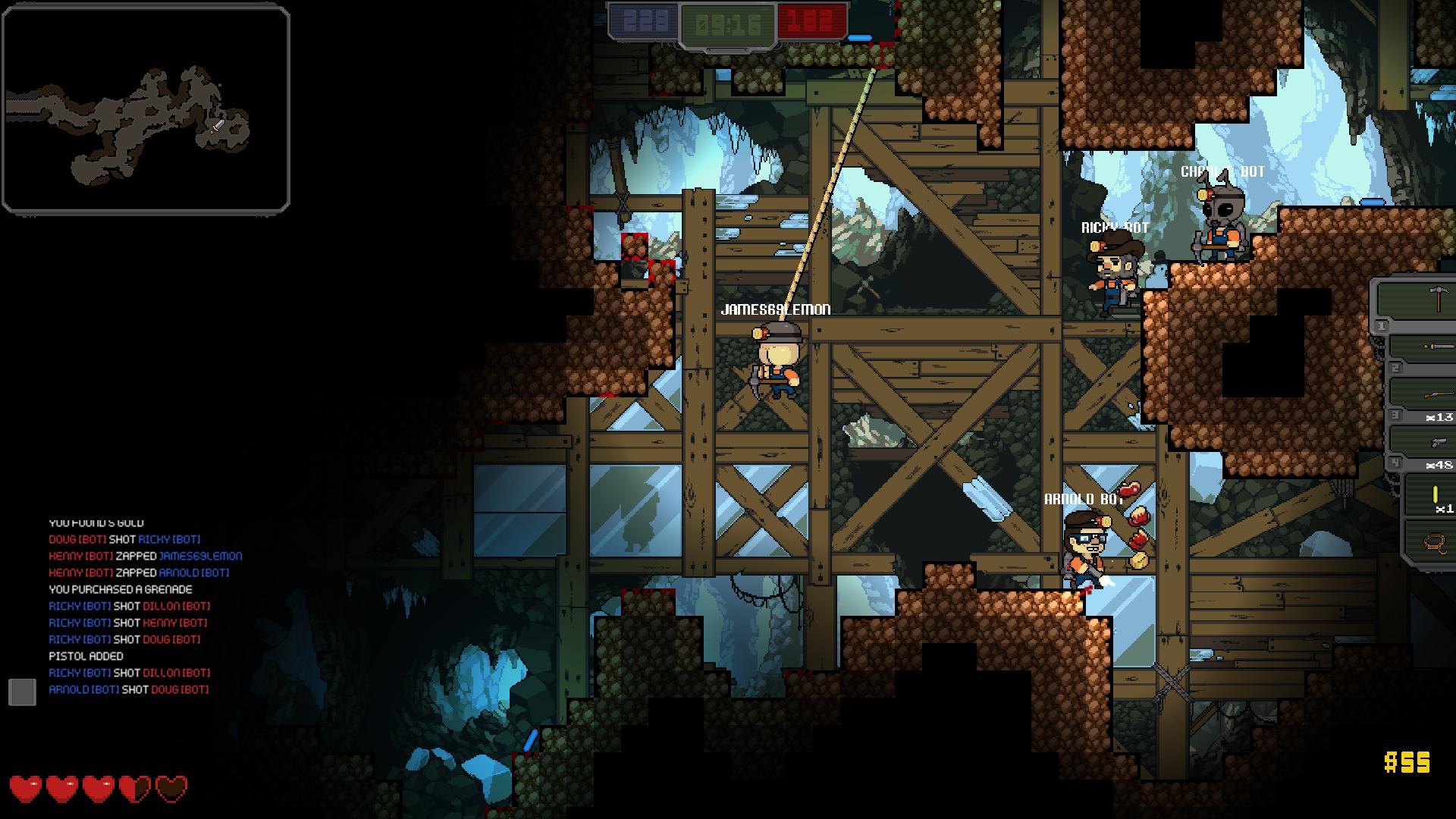 RATING: 0/10
The game doesn't have a story, but it doesn't need to have it, it's not meant to be a story driven game.
It's meant to be an action shooter and I don't see the story being of any relevance here.

RATING: 8/10
Miner Meltdown has that retro game feel and it's really satisfying and works really well with the gameplay.
You will rarely mistake your teammate as your enemy and other way around. Overall I really like the pixelated
2D graphics.

RATING: 6/10
Ok, so... I don't really like the audio in this game, it gets annoying after some time - especially the music
but maybe it's just me so don't hold me on this. Weapon sounds are good and all and mining sounds sound like Terarria (which kinda annoys me too :P)

There is no reason why you shoudn't try this game out. It's cheap, it's fun, it's great to play with friends.
So buy this game and make the player base active because this game deserves it! And yes my steam review was 7/10 for this game, but now that it left early access and made so much changes and bug fixes (and sound fixes ^^) it really deserves an almost perfect score.