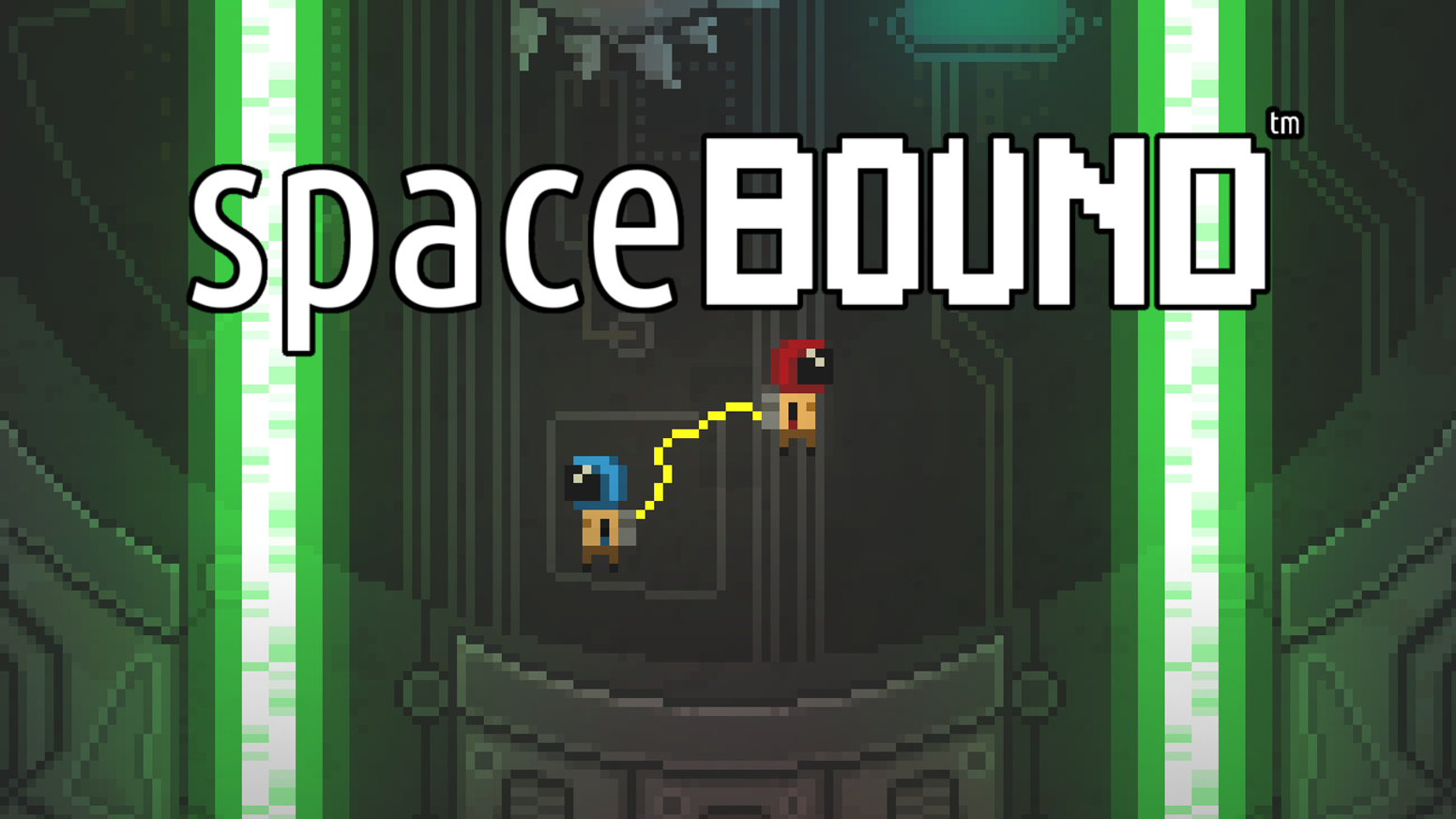 Here's a review for the most pain in the ass game I've played since Dark Souls. Although I hate this game - I can't stop playing it, it's too fun. 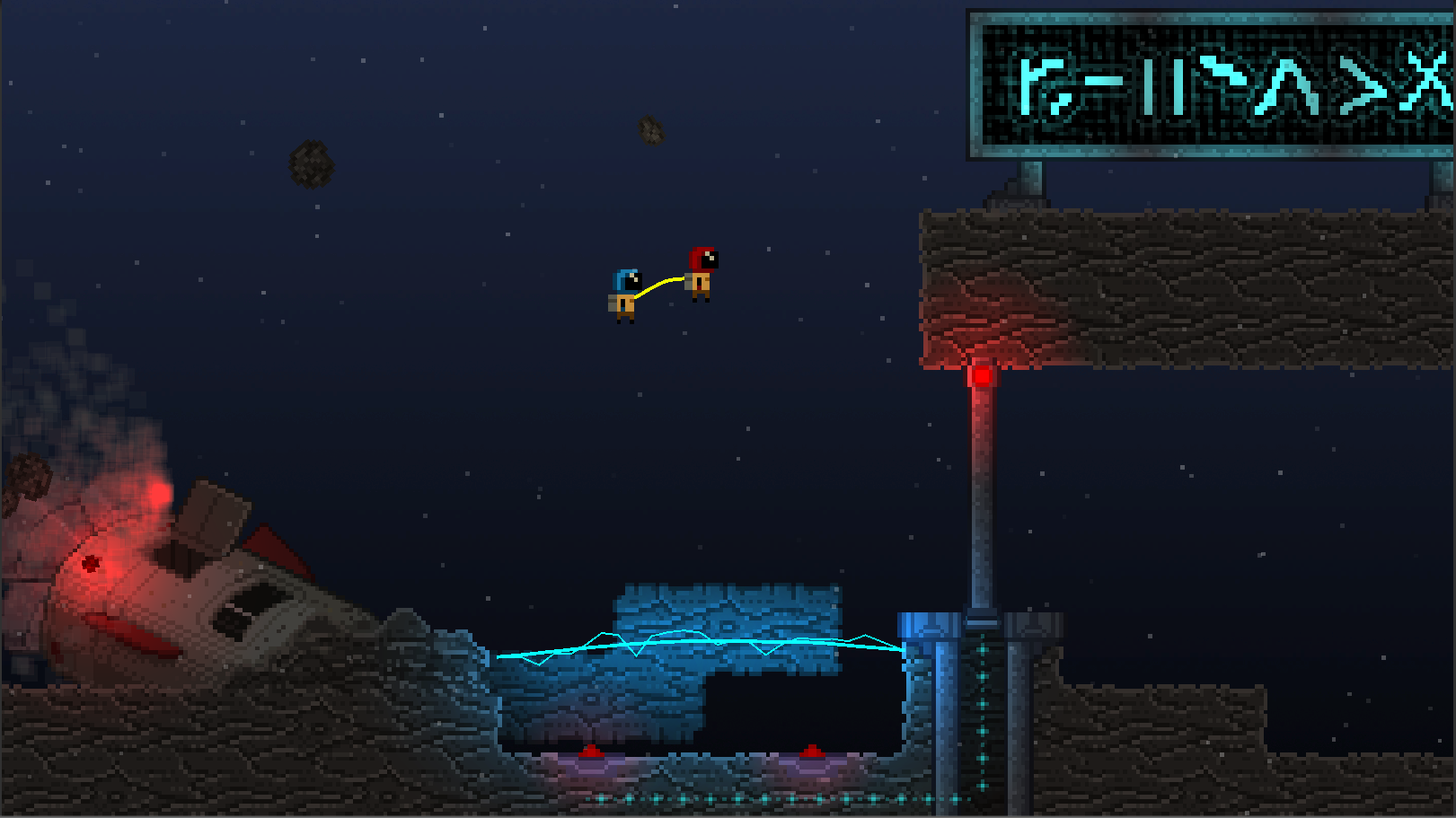 Here's a picture of level 0, the "tutorial section" it's fairly easy, but controlling both characters at once is really really frustrating, especially if you play on keyboard. Maybe that wouldn't be so bad - but there's a rope between them, which constantly pulls one character to another if you go too far. Ok now let's start from the beginning. Spacebound is a puzzle platformer with some unique ideas, although the game is really hard - it's very enjoyable when you finally beat that one level you were struggling with for 10-20 mins. If you ever played Dark Souls, you know that feeling, the feeling you get when you finally beat the boss.

So, I was trying out this game alone (controlling both characters), and it was very difficult because my little brain can't follow both characters, so I asked my friend to play with me, I was controlling one character with WASD, and my friend was controlling the other one with the arrow keys. Let's just say the game doesn't get any easier like this. I was calling him names I won't even repeat, let's just say he was dying alot, same as me. Our friendship was almost over and then a miracle happened - we passed the level. We were screaming our guts out, it was so satisfying. 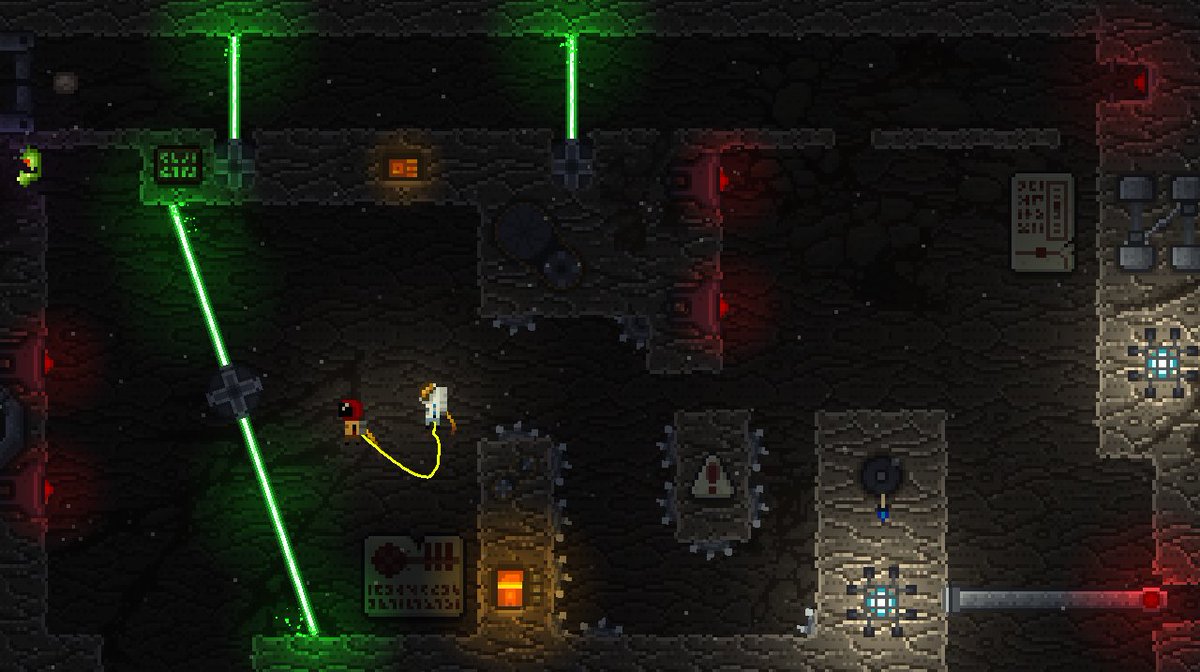 I tried to finish the game so I can do a proper review, but I got stuck on level 6 so I just gave up and said I'll just write it now. I will probably come back to the game often so I can try and finish it. So here's a shortened review.

RATING: 7/10
Well, you are two astronauts who are finding your way out of the mining facility ( I guess) and are for some reason attached together with a rope. That is the best description I could've given...

RATING: 8/10
Spacebound is an 8bit game, but the graphics fit the gameplay so well. Animations are smooth, controls are very responsive.

RATING: 10/10
Music in this game is amazing, it really calms you down and no wonder they are selling the soundtrack on Steam. Huge applause to whoever composed it

The game is amazing. It may be frustrating and flat out impossible sometimes, but when you finally figure out what to do and you finally beat the level you're gonna feel like you're on top of the world. I recommend this game to anyone who wants a challenge or to whoever wants to test their friendship or relationship because believe me, you're gonna rage, you're gonna yell, you're gonna insult every thing known to this universe. But in the end, you'll have fun doing all that. And the developer asked me to link their website in the article so here it is : www.playspacebound.com