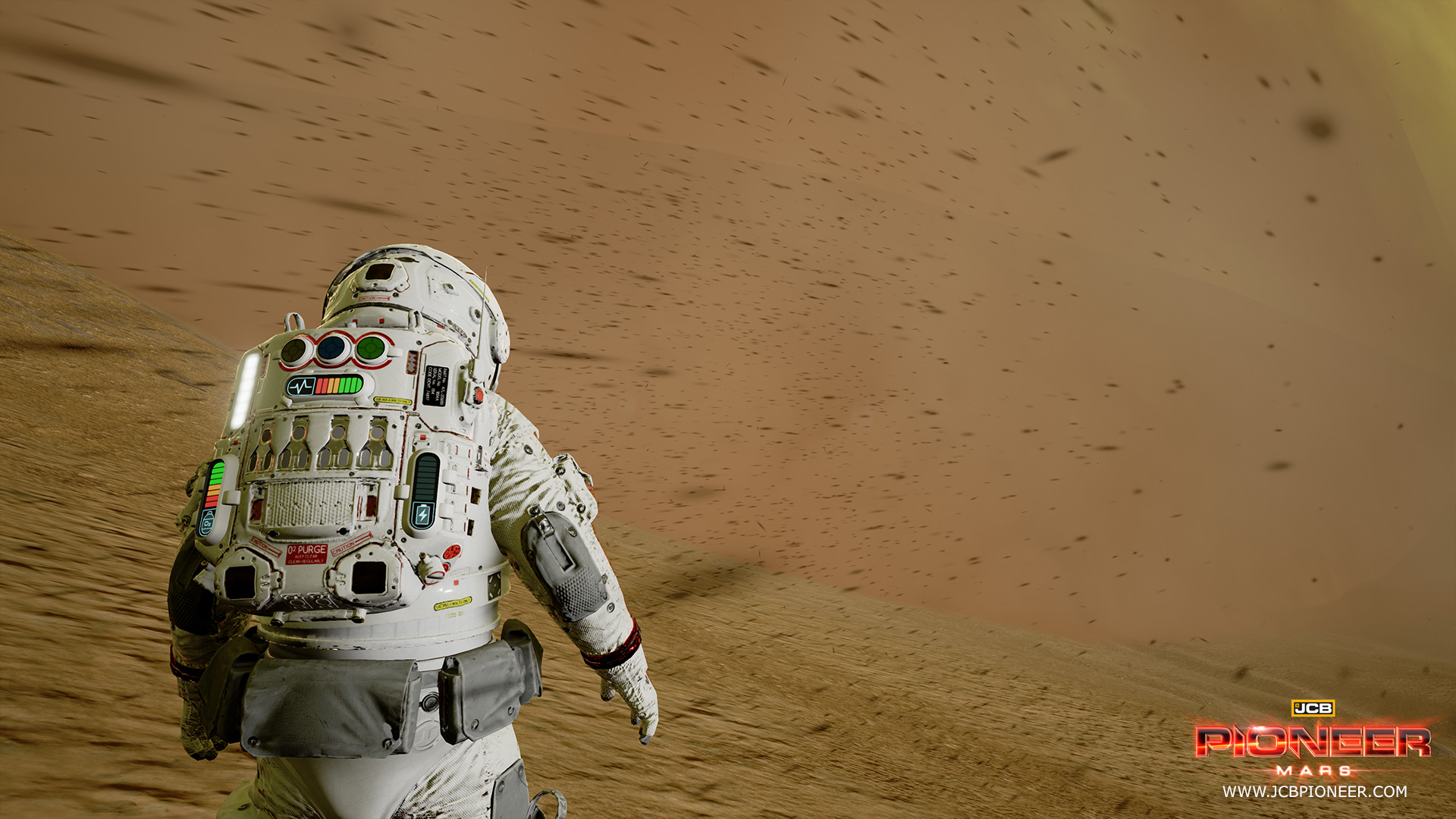 It's time for another review - this time it's about a new survival game JCB Pioneer: Mars 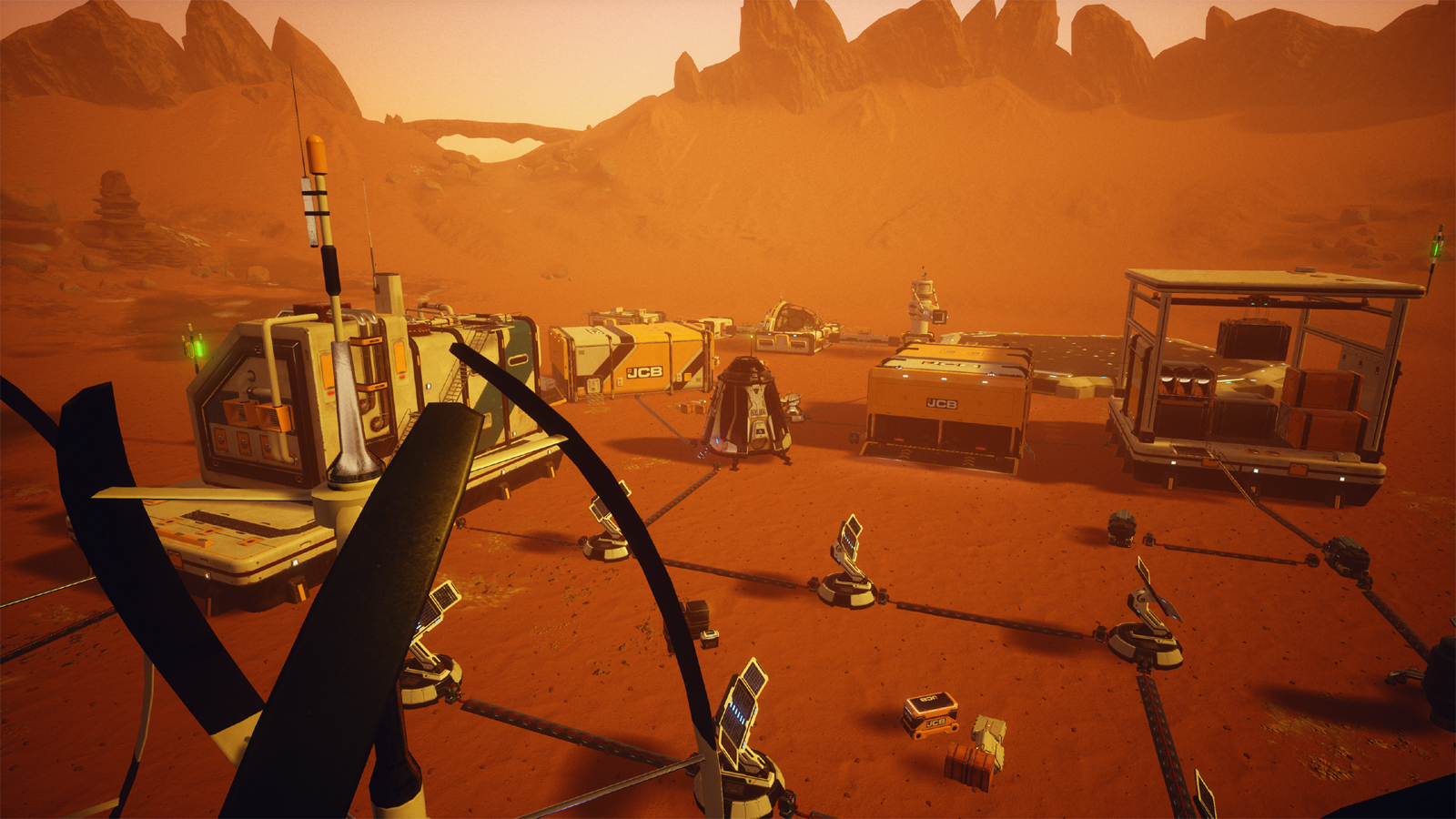 JCB Pioneer: Mars is a survival game set, of course, on Mars. You’ve been sent as one of the first pioneers to colonize the Red Planet and make it sustainable for human life but something’s gone very wrong. Your landing pod crashed, your base is in tatters, the planet’s trying to kill you, and you’re on your own. There’s a basic JCB transport vehicle close by, so you’ll just have to hop in that, avoid all the incredibly deadly weather, get to the remains of your base, put it back together, and survive. What could be simpler?

For a survival game, it’s rather unusual that there are no terrifying local creatures or enemies (so far) to face. Instead survival is against the elements – weather mostly. JCB Pioneer: Mars boasts a spectacular Martian landscape with even more spectacular meteor showers, sandstorms, toxic rock pools and electrical dust tornados. All of these can do a lot of damage to you and your vehicle, not to mention your base. Meteor showers in particular are like a rain of Michael Bay-directed explosions and are both terrifying and amazing. Mars is beautiful, courtesy of Unreal Engine 4, but it’s also scary. You always have that feeling of loneliness and the game really sets up a good atmosphere to make you feel like you're all alone on a big empty planet. 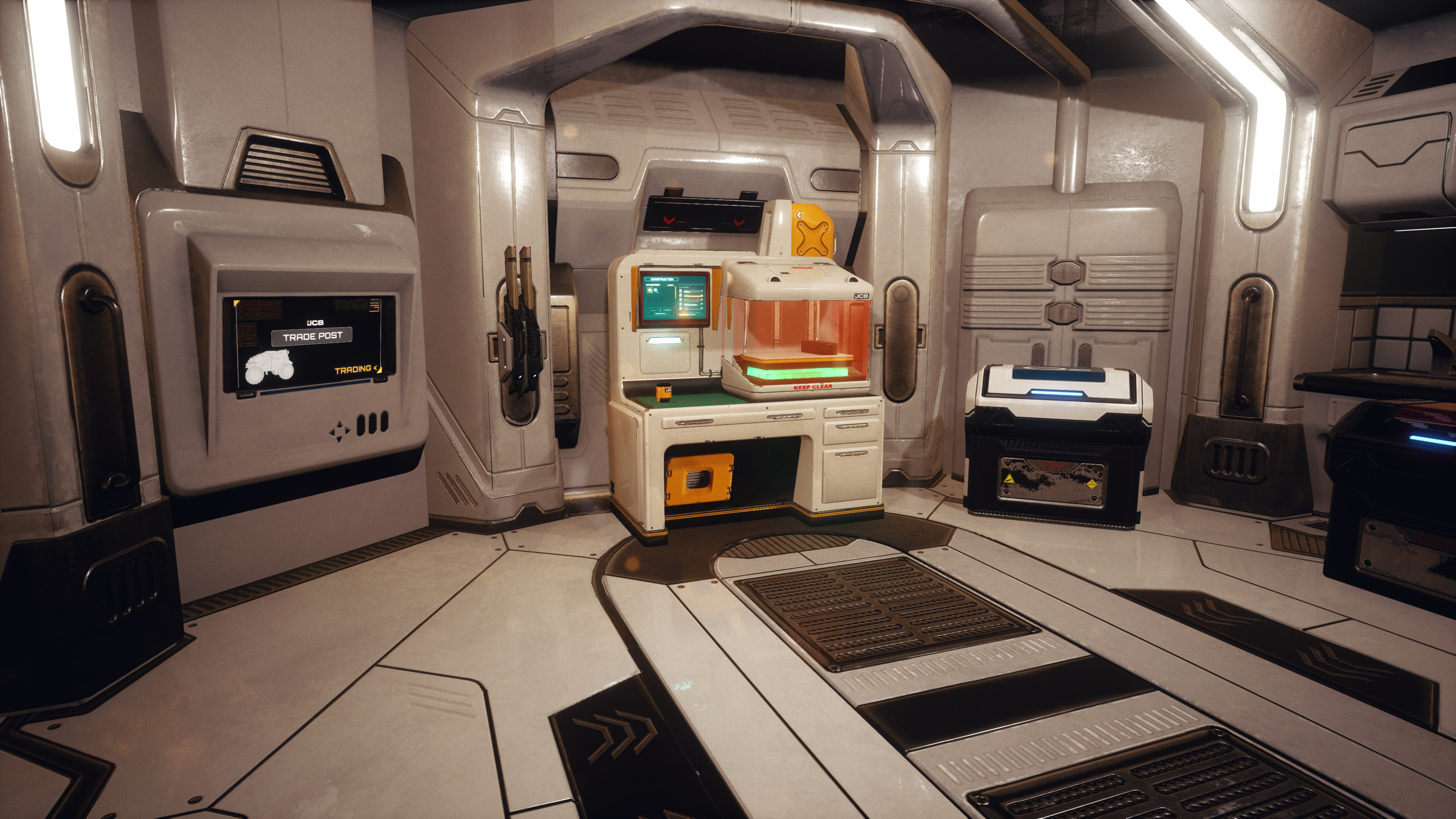 STORY
RATING: 7/10
The story starts really good - as I mentioned your mission is to make Mars a suitable place to live, but that's about it, the story doesn't go any deeper. But I can let it slide since the game is in early access so it might change in the future.

VISUAL PRESENTATION
RATING: 9/10
Mars looks beautiful, weather effects look even more beautiful, this game is really going places. I will never forget the first time I saw a big sandstorm in the distance, slowly approaching my base. You know it looks really good when I didn't even try to save myself from it, I just stood outside and watched it.

AUDIO PRESENTATION
RATING 8/10
Sound in this game is top notch, same as visuals, but it can be a lot better. Again, the game does make you feel lonely, sound contributes to that when you are exploring far from your base and all you hear is the wind and your footsteps.

FINAL SCORE: 8/10
The game has real potential, I can't wait to come back to it after a couple of months to see what changed. I really hope they add a bigger story, more diverse quests (objectives) and maybe some enemies. I know this should be an accurate presentation of Mars but come on, who doesn't want to see an alien while exploring the mountains, it would really add to the horror feeling this game already kinda has.