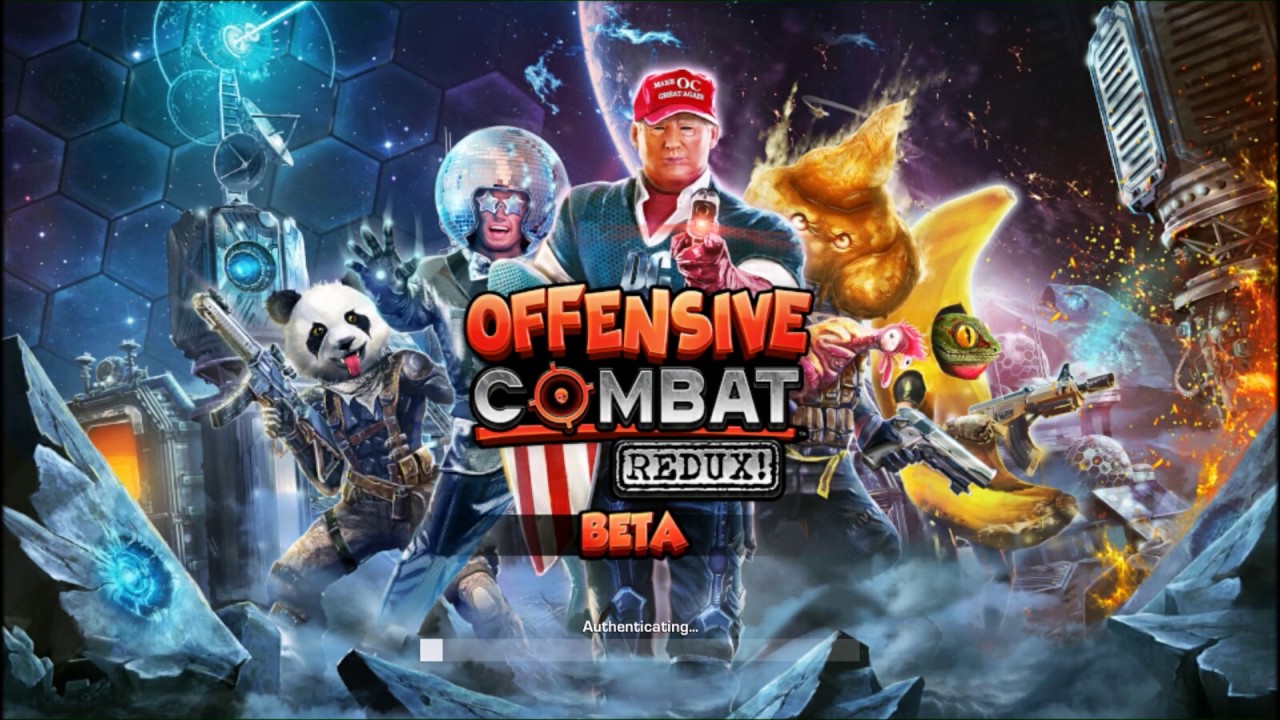 Offensive Combat: Redux is a reboot, if you will, of a web-based shooter in which you try to frag as many other players as you can. 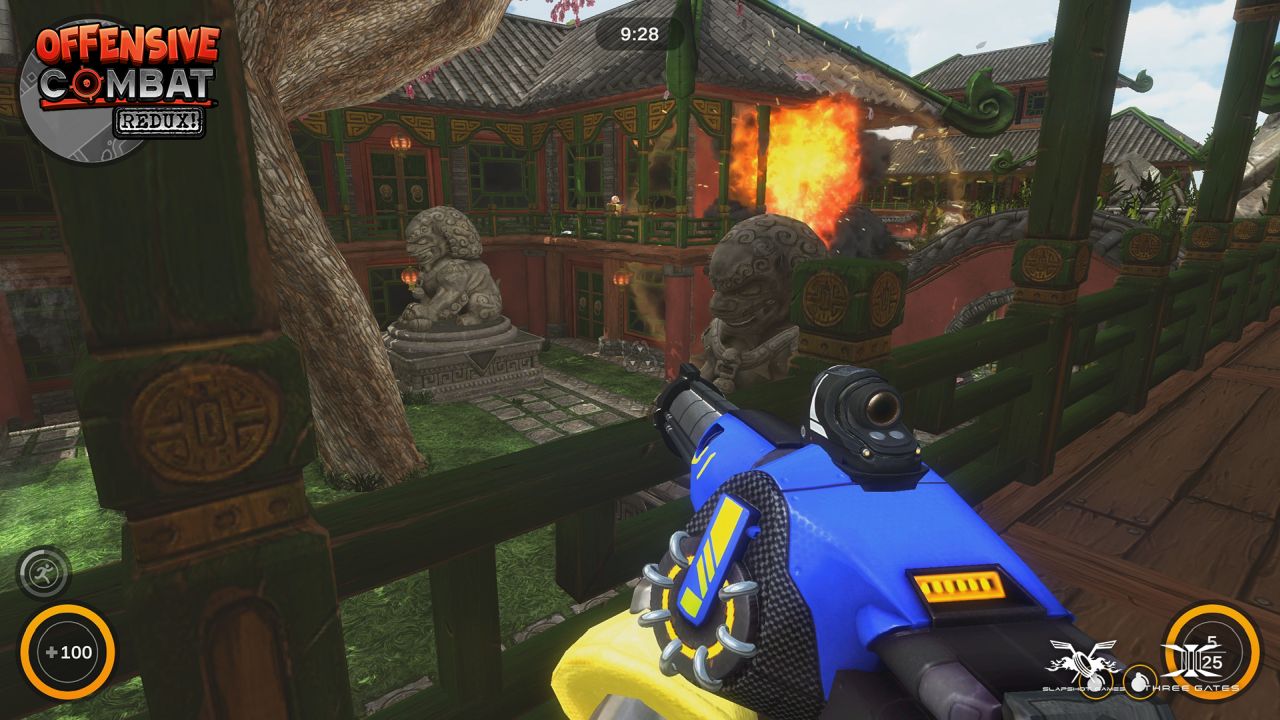 As written before it's a reboot of a web-based shooter, arena shooter to be exact.There are a few different game modes, so you aren't always on your own, but these types of games tend to lend themselves to lone wolves. Three Gates AB have resurrected this cult classic and released it as a standalone, downloadable game. It kinda has that Quake 3 feeling in it but with more cartoony graphics. There's a lot of customization options and a lot of guns to choose from, you want to be a chicken? a banana? Donald Trump for some reason? You can in this game. You can even make a hybrid of all of those (Imagine getting killed by Donald Trump in a banana suit and chicken legs). Gunplay is also really satisfying, but there is one huge problem this game has - there are no players. I've tried getting in a match 5 times, all at different times and I was never able to find a match, so I would probably say this is a good game if you wanna play with friends, randoms are almost non existant.

Anyone who has played a multiplayer FPS has encountered the modes of Deathmatch, Team Deathmatch, and Capture the Flag. There is nothing new here and while many will say "it's tried and true" about this, with a game that lacks any real hook, I wish there would have been some different modes. Take some ideas from other shooters and use those, like every game does. Have an attack and defend mode, escort mode, bomb defuse, or any number of others we have seen. Heck, try something off the wall and new, no matter how crazy it might sound. Anything would have been a welcome addition to these modes. If you are needing some practice or want to learn the maps without other players shooting you, you can do Explore or Bot matches too. Just don't expect these to offer much challenge or fun. There is a "Tower defense" mode too, but it's really boring and I don't recommend anyone trying it.


There is zero story to this game, but perhaps there should have been. Even a short campaign mode with some bots would have been preferable to yet another "join the lobby and wait ten minutes" shooter. Granted, this would have led to time and resources spent on creating something entirely new, as the original Offensive Combat lacked this as well.

I really like the graphics in this game, they get along well with the games humor, but only one question to the devs - Why is the frag grenade bigger then the map?

Ok, they kinda butchered this. Announcer gets annoying real fast, with his "Double Kill", "Headshot", "Cockshot". Had to turn him off after 1 match

It would probably get a better score if it had a player base, but at this stage you will only play with bots, which again aren't challenging at all. But it's a fun game, get it with your friends and make those server great again! (See what I did there?) If the game comes alive again I'll totally start playing it again, I miss those Quake 3 LAN parties, and this game just hits the right spot in that department.