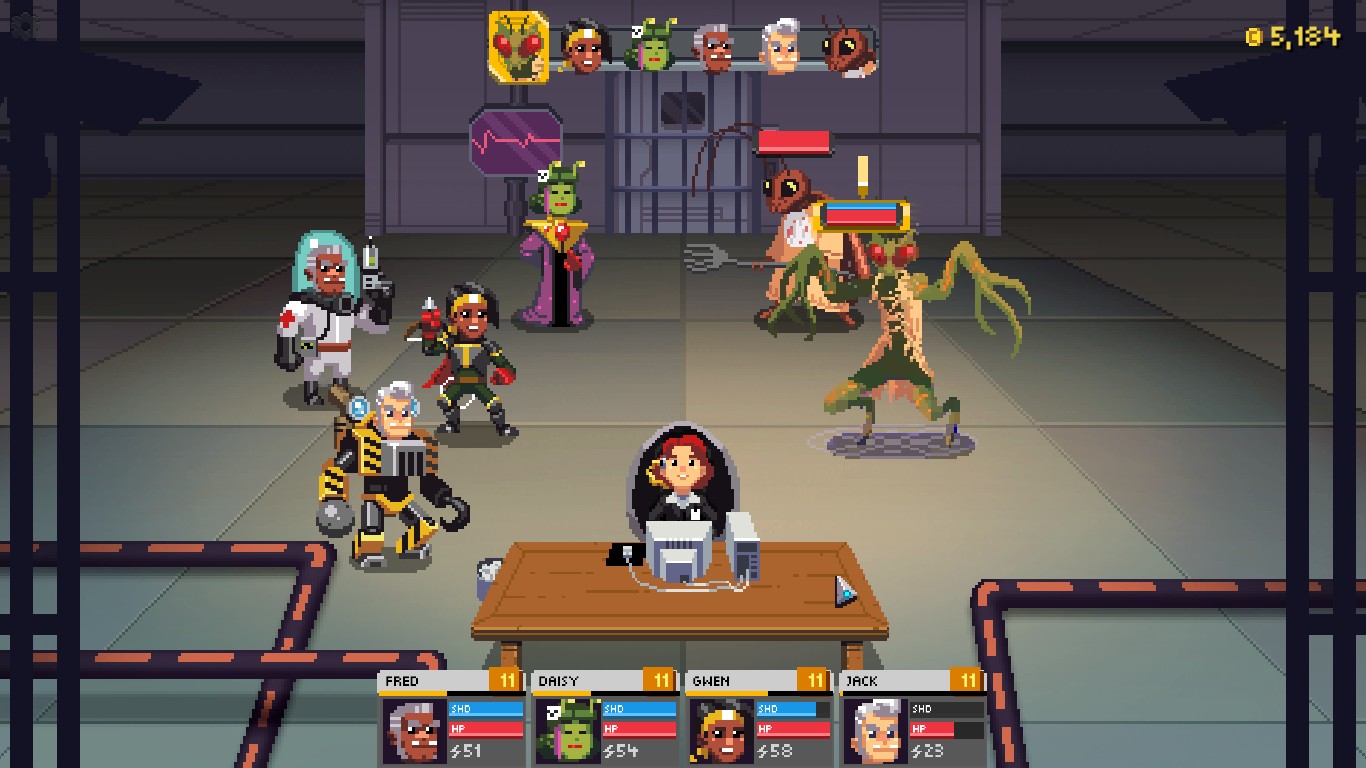 Galaxy of Pen & Paper is a space-based RPG that uses turn-based battles, random encounters, leveling up, and all that usual stuff. The big selling point is in its premise, which sees you playing as normal people role-playing the in-game characters. This allows the game to engage in a lot of silly meta-humor and pop culture references, providing a perfectly valid reason for characters to break the fourth wall at a moment's notice. Which they do. A lot.

There's a big world to explore too, instead of wandering around on a single map going from location to location, you'll instead wander the galaxy, traveling through several systems each with their own planets. Each of those planets has its own mini-map made up of various locations. Every time you travel between two points, you run the risk of hitting a random encounter, those encounters may not necessarily lead to a fight. Often, you'll have to choose between a few responses, each of which will provide a different result. Space travel is no different from land travel with regards to potential for random encounters, and when battles occur, you'll go ship-to-ship against your foes. The system for ship battles is even simpler than the straight-forward standard combat, but it serves its purpose well enough.

But, one of the problems this game has is it's difficulty scaling. Many quests allow you to control the difficulty by letting you choose how many enemies you want to fight at once, offering better rewards for those who take on bolder assortments. The bosses, on the other hand, tend to be fixed encounters. Depending on how much you indulge in side content, you may find yourself getting absolutely wrecked by some of these bosses with little recourse. All you can do in these cases is to spend some time grinding up by taking on side quests. 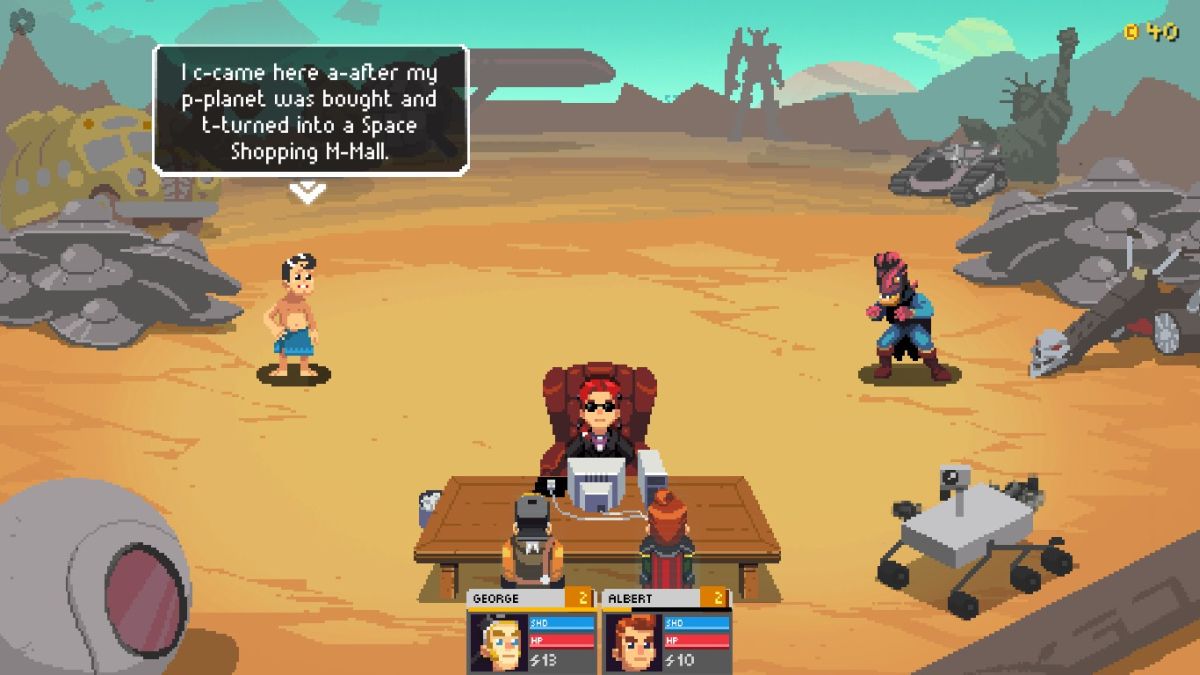 RATING: 6/10
Story is fun at first, but  the main plot gets pretty disjointed and nonsensical as you play.

RATING 5/10
It's fine, but it could have been better, it's all pretty retroish, which I don't really mind, but this game came out in 2017, you can make it a little better.

I suppose it says something that even with its flaws (a few bugs here and there), I still think RPG fans definitely ought to check this one out..
Oh, and did I mention? You can play this game on your phone! So if you're looking for something to play at work/school/whatever, definitely try it.