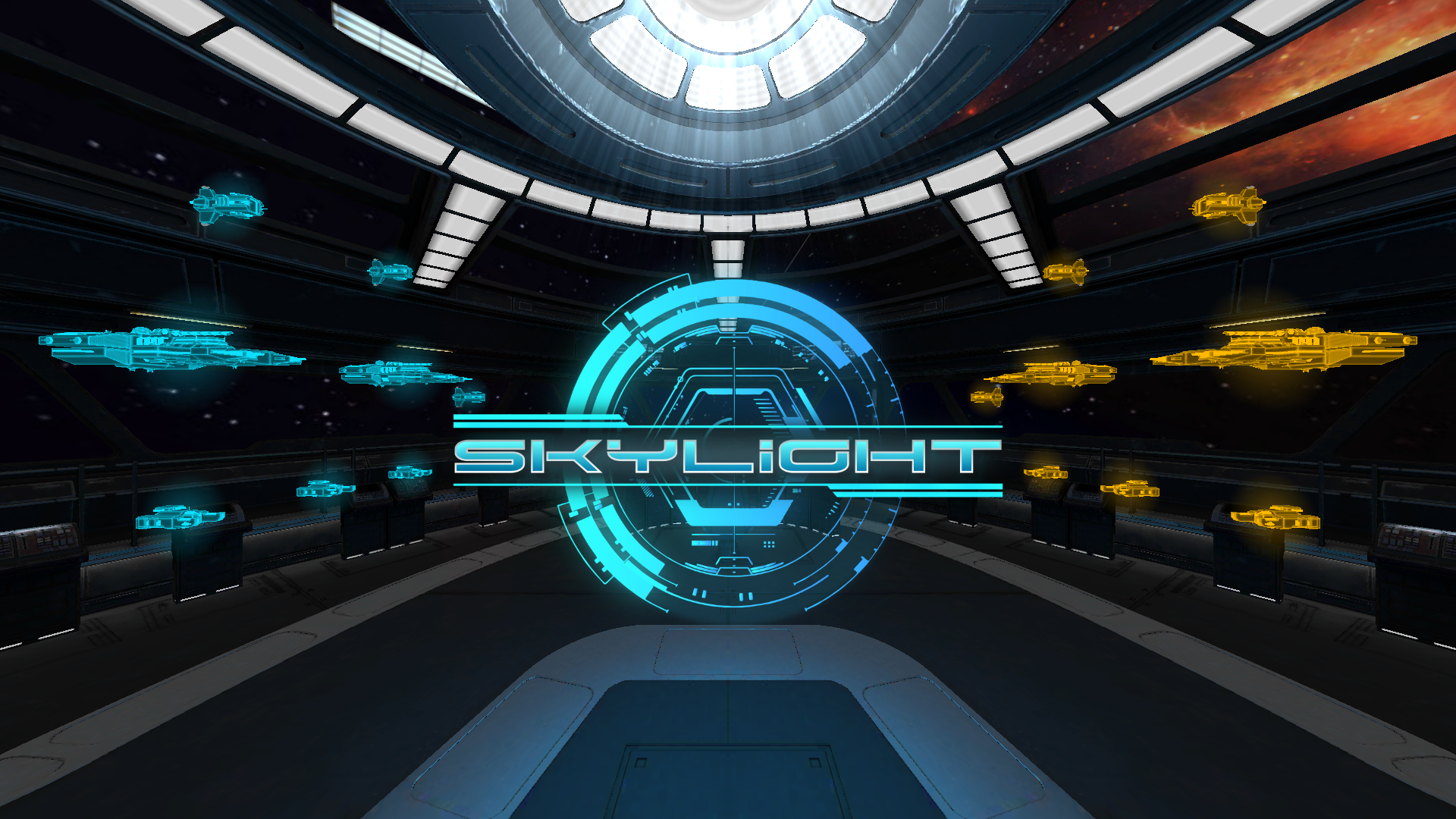 Tactera- It is a bird’s eye style domination game which puts you into a battle to defeat your enemy by raiding their base. The game starts by teaching you the basics of moving troops, there are three main troop types; Tanks, Artillery and Jets (air raid). The game then tells you that there is no friendly fire but still allows you to miss click onto our troops wasting the valid artillery. Once you select the militant you want to move, it gives you a directional line to say where they should go. This ,however, can be tedious as the artillery for example does not show you this but only a circle that would expand, this caused my many mistakes of miss clicking onto empty lands or even my own base. I later found out there was upgrades but the lack of information about it was useless. I didn’t know what the upgrades where based on or when they will finish. It didn’t explain if the upgrades made the troops stronger or just simply created faster. The game has a hypo-electronic style funky music which will be on loop for the rest of the game. It’s soothing but then mind destroying beat will get to you. The graphics are simplistic yet realistic as it places you onto a multi-dimensional planning board which you have your battle on. Over all this would be a game you would play based on your time scale, as a quick match or two would be reasonable fast if you play your cards right. 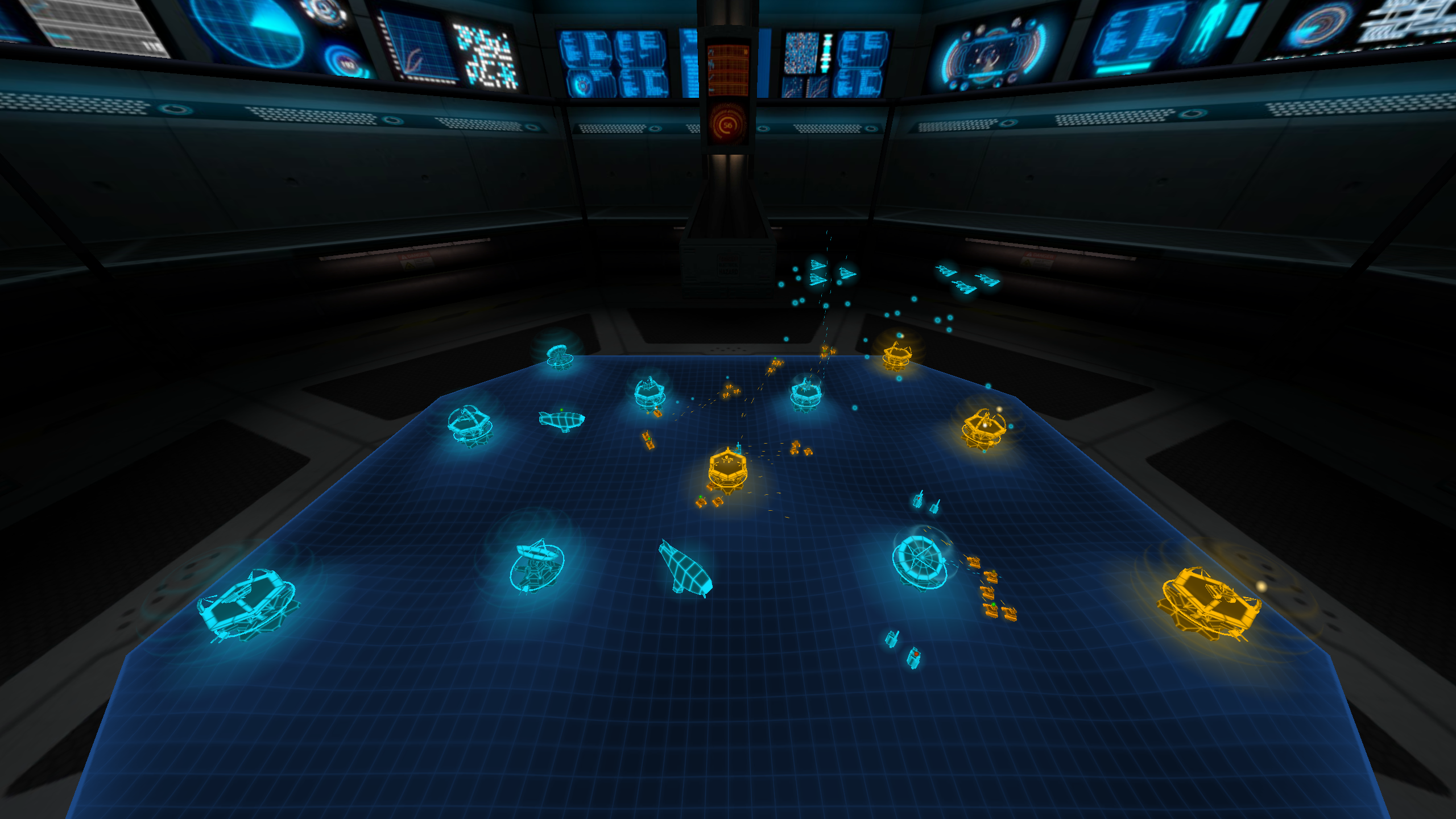 Skylight- This game actually seems a lot more interesting. Once you’re loaded in, you are complemented by pleasant electronic music. It has a campaign mode which consists of three different difficulties and allows you to control your fleet, be it location to teleport to or whom to fight. You must choose either to defeat an AI who once “backstabbed” you, clear the path to your earth or “conquest the core”? Other than that, the game seems to place you in a 3D plane with many points to teleport your troops to allow you to have a better chance of fighting, you must choose from 15 ships, each one has a preset class, damage, and health. What is nice about this is that if you choose the “dreadnought’ for example, you have added damage against normal ships as it is an “anti-armor” ship. You, however, will do less damage to fighter ships. Each Captain ship has its own power under the row of “Special”. This ship has Charge ray. Once you choose your battalion, you will be urged to set them up prior to the battle in a war like formation to optimize your chances of winning. The battle consists of 20 second intervals of surround fighting which then pauses for you to make your move, the battle lasts until the cap ships are destroyed. Ships have different speeds and fire rates so this will affect the way you play. The interface of the battle might seem clustered but all that goes away once the battle starts, it is just there to allow you to move to every coordinate perfectly. The multiplayer bit consists of you versus an actual person. It starts the same way as in the campaign, but the nice addition here is: you can challenge someone who is offline and make a move, once they become online and make their move, you both see it live. After the 20 second period is over it starts again. The skirmish mode consists of you and the AI, except here you can control what the AIs fleet would be. 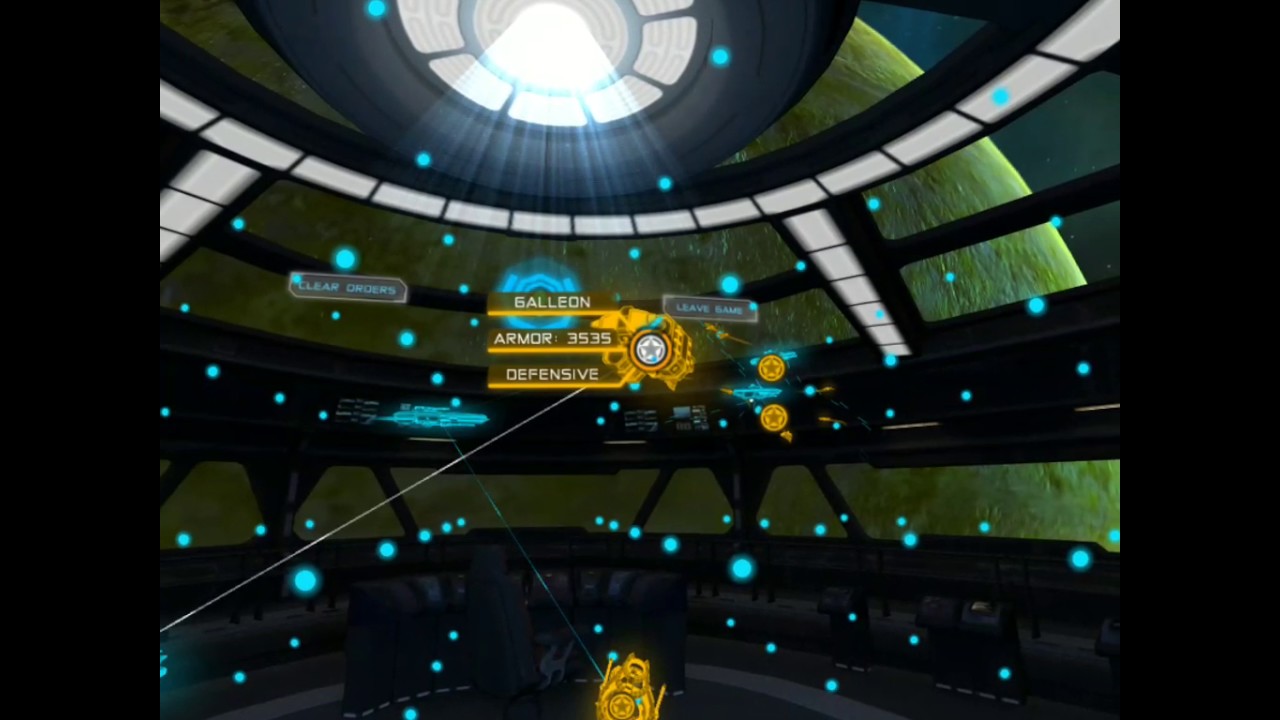 The similarities are striking. And after all, they are both created by the same person. The visual hologram like troops are astounding to see right in front of you in both games. The background cinematics are flawless and are a beautiful addition to this hyper realistic simulation. You will notice the time pass as a different color scheme flows through the windows of the ships you are in in both games. Both games have similar troop and menu styling.  Skylight, in my opinion, is the more polished one of the pair, as it adds sleek design in every aspect. It brought me fun for the whole time of this review, and kept me edging on for more. It just seems amazing that this game last year was an android game that you could play on the GearVR and now it’s available for the Rift, Vive and all the other mixed VR’s out there on steam. 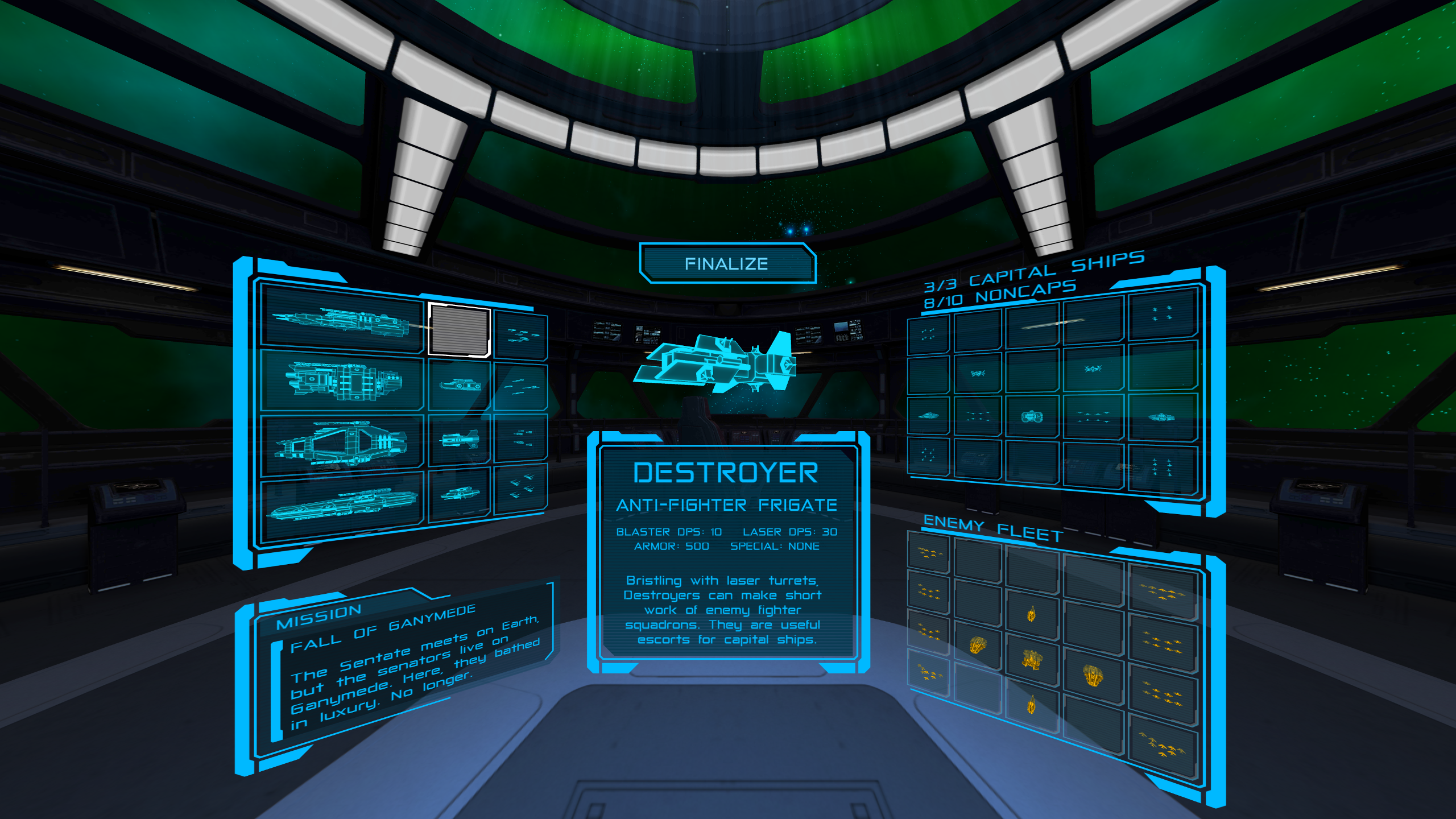