Trials of the Gauntlet Review 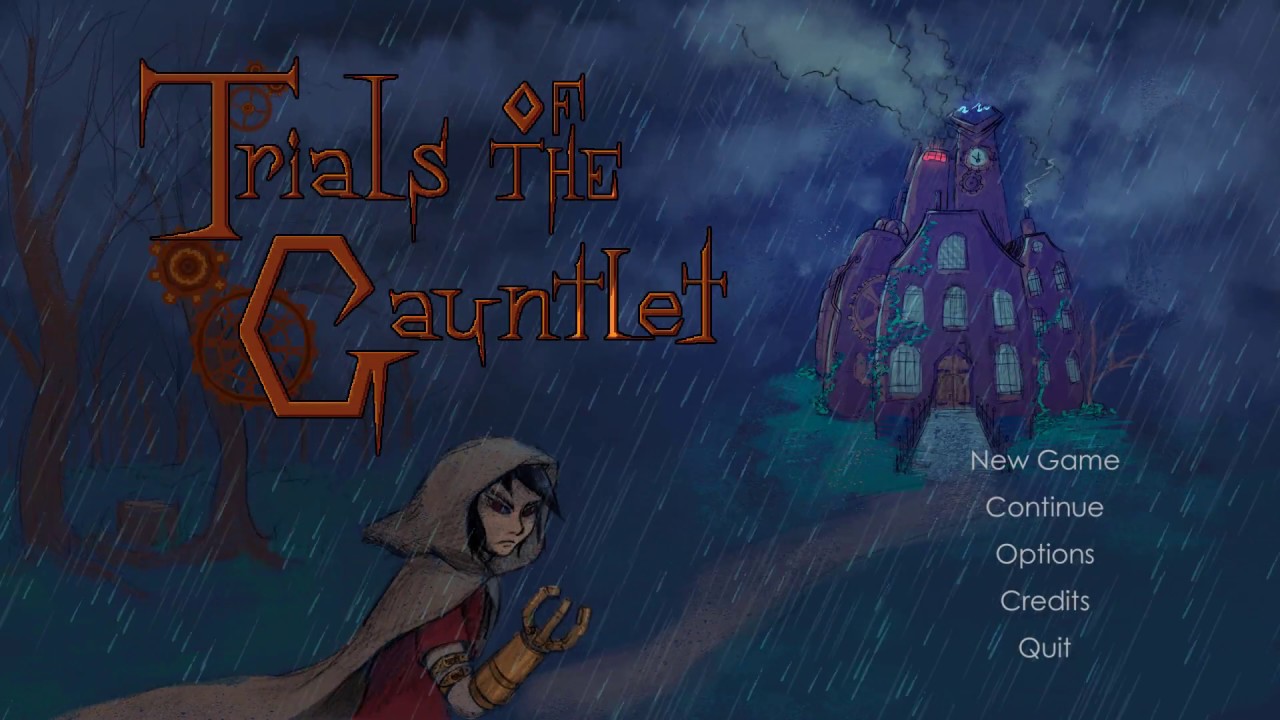 Trials of the Gauntlet is a game that originated as a midterm project for a group of students at Full Sail University. Unfortunately, while the effort was there, the end result is just a clunky mess. 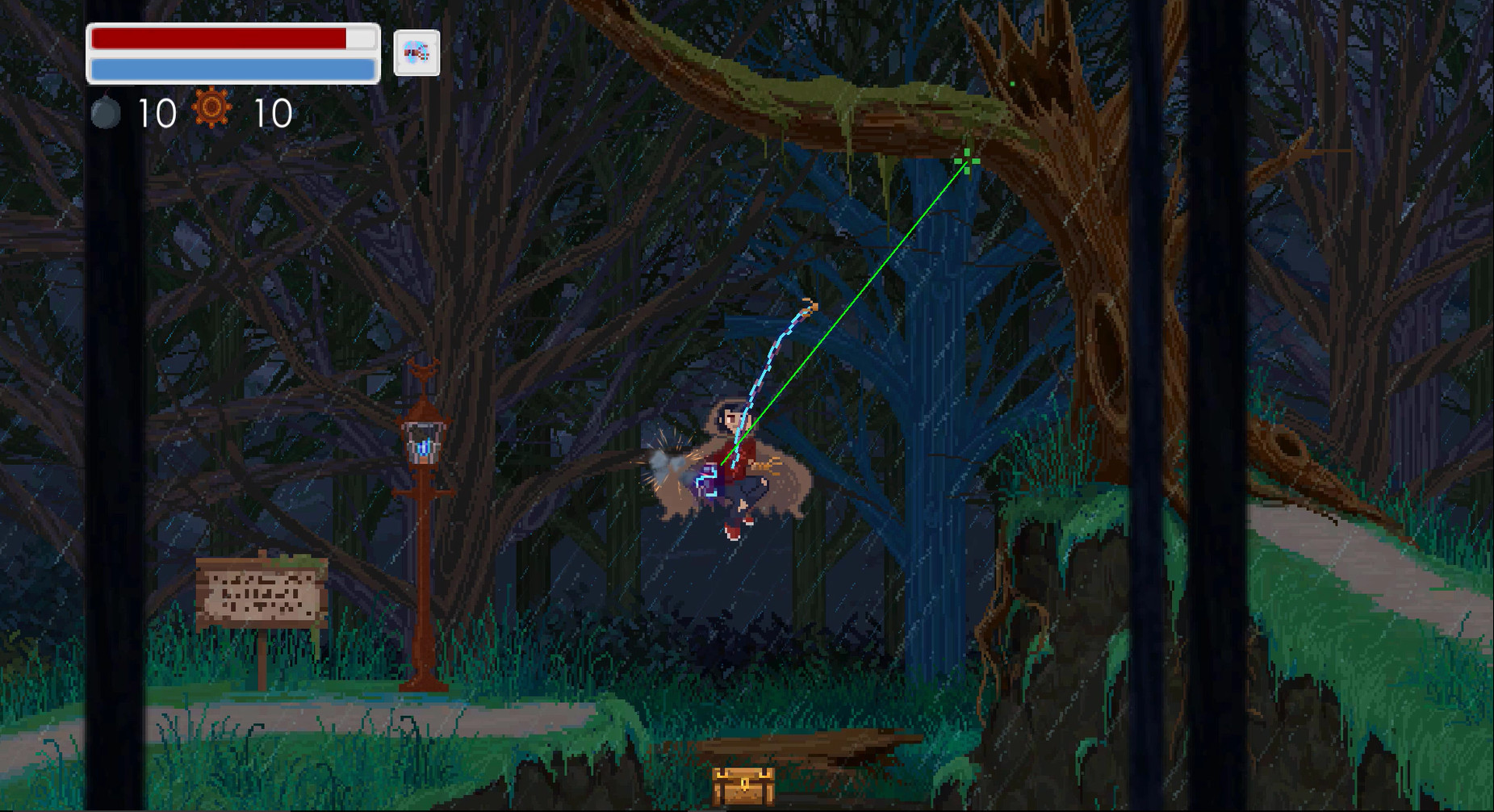 Let's go over the bad/annoying parts first
- Frustrating controls. The whole gimmick behind Trials of the Gauntlet is the grapple mechanic and what it adds to the game's platforming. Unfortunately this mechanic is just frustrating to use. It made the platforming a pain to get through and was just uncooperative most of the time.

- Boring sound design. This is a very quiet game, with rather subpar sound design. The soundtrack is hardly there and sometimes the only sound the player hears is that of an enemy moving or the player attacking. This just draws more attention to how boring the sound design is.

- Bad combat. The combat in the game is just bad, mostly due to a combination of how basic it is and a visual issue with the game's grappling hook. The player is oftentimes required to first hit an enemy with the electric grappling hook, which can be switched on and off at will. Unfortunately, a visual bug exists with the HUD indicator for this hook. Sometimes it would show the electric grappling hook as active when it was actually not and vice-versa. Even without that bug, the combat is just painful. The lack of feedback when hitting an enemy definitely does not help.

- Annoying bugs. It certainly does not help when the game's defining feature, the grappling hook, has its fair share of bugs too. I managed to clip through walls and floors several times while stumbling through the game's platforming sections. Additionally, there are these collectible notes scattered around for the player to find, but I was unable to pick up quite a few of them due to what I believe to be a bug. The notes would just remain static, with no amount of interaction allowing me to pick them up.

And now the good part (notice how It says part not parts) is the art of the game.  The art for Trials of the Gauntlet is actually pretty nice. It perfectly captures the look one would expect from a metroidvania game. A couple of the sprites look out of place, but it was nicely done overall. 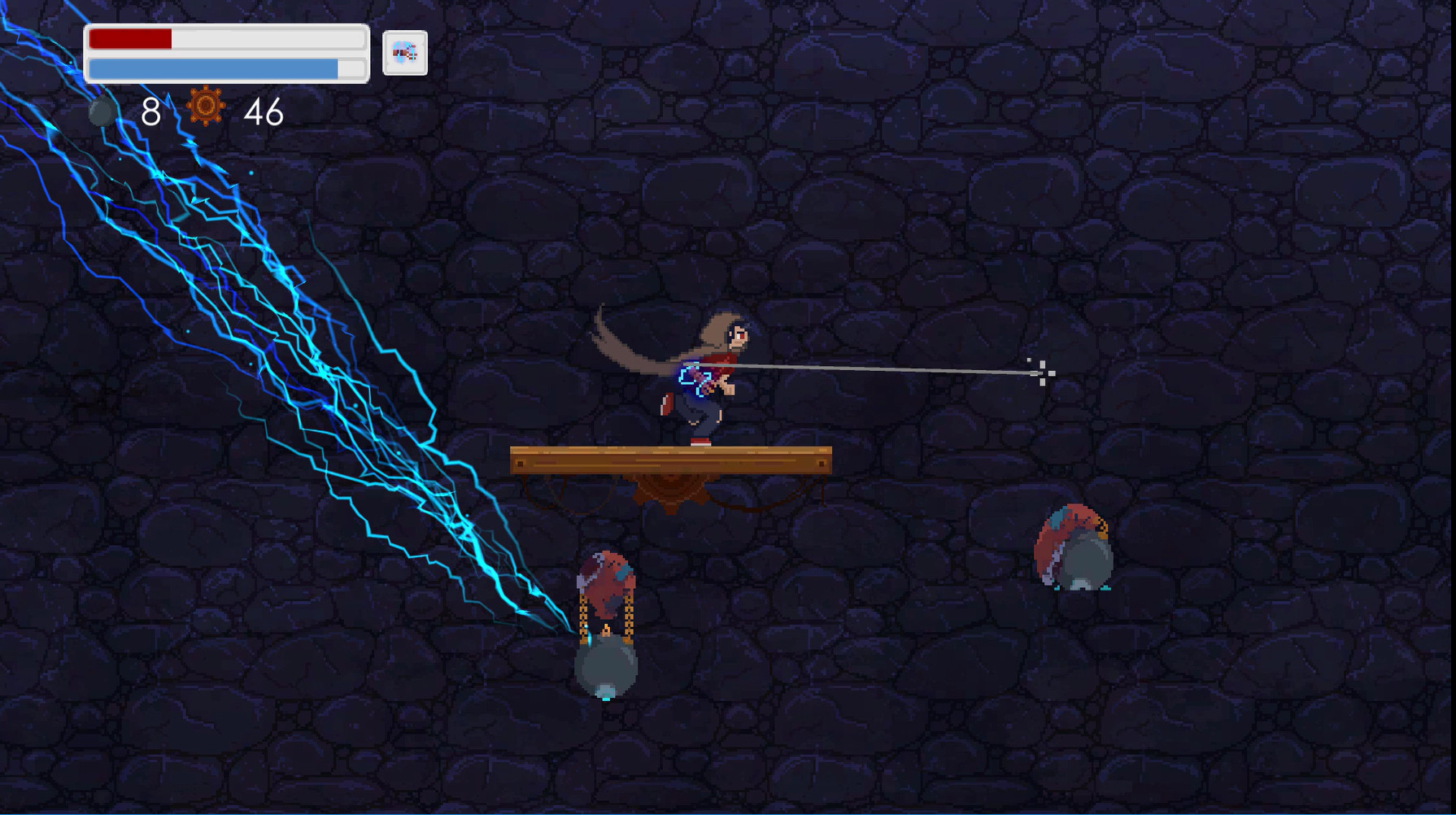 RATING: 3/10
Meh. Not too innovative, but what do you expect from a 1 hour game.

RATING: 8/10
As I wrote before I really like it, has that retro feeling.

RATING 2/10
Again, as I already wrote, this one sucks. it could be worse, but it still sucks.

While the effort is obviously there, Trials of the Gauntlet is just not a good game. The game's defining feature is painful to use, the sound design is subpar, the combat is just bad, and there are quite a few bugs that hinder the experience. As a first game for these developers, it is passable, but I would definitely not recommend it for a general audience. Maybe only for people who reaaaaaaaaally like metroidvania games and want to play something new.