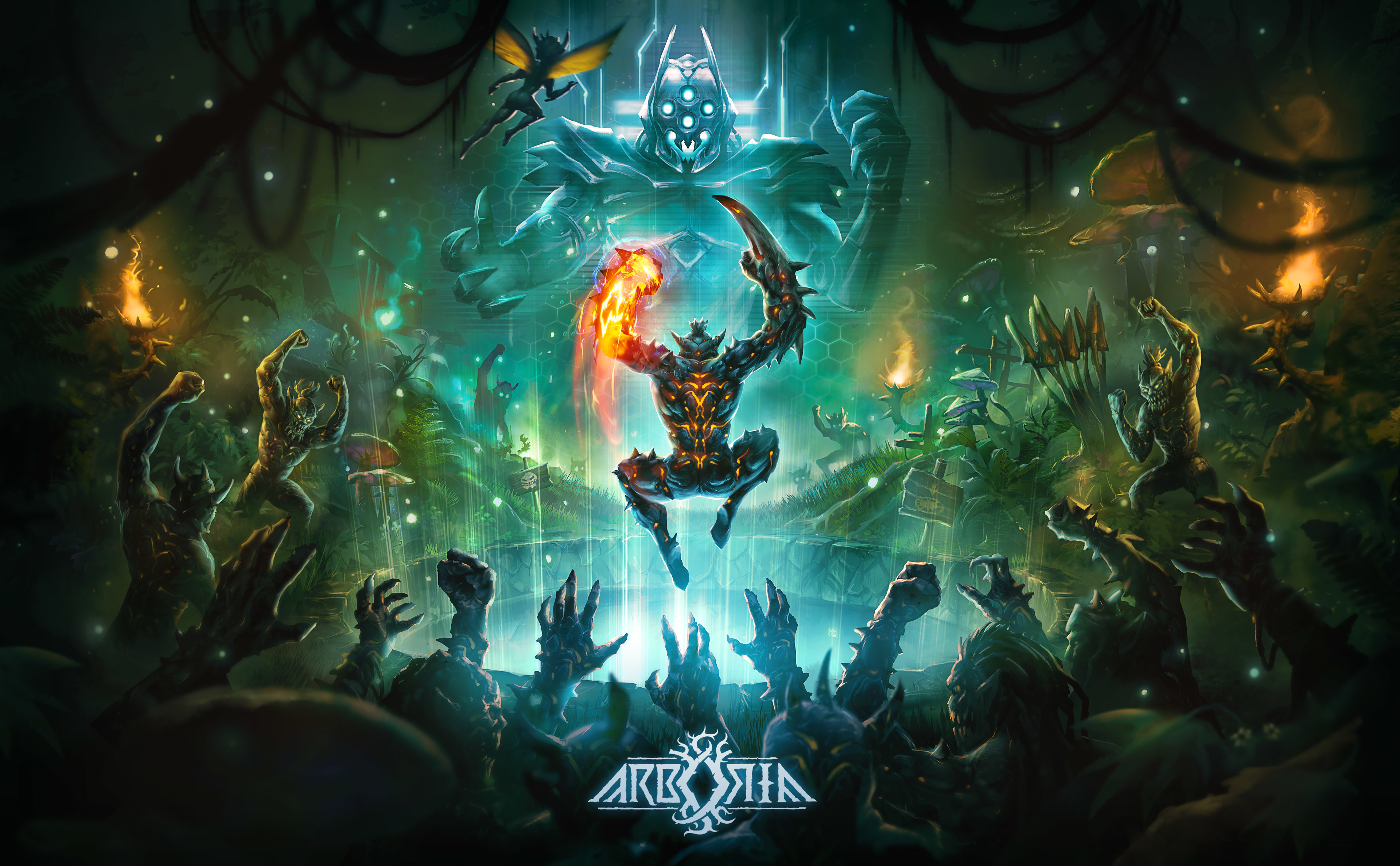 Arboria is a rogue-lite RPG being developed by Dreamplant and published by All in! Games. Arboria has been released in early access on May 7th on Steam and it lets you explore the lands of Arboria as a Yotun warrior.

You control Yotun warriors on a mission to heal the dying roots of the Father Tree and drive out the corruption that is driving your brothers mad. You are accompanied by Rata, a fairy who supports you in combat as well as guides you with her light. Arboria plays out similar to other souls-like games and has all the staple gameplay mechanics you can expect from the genre while also blending in roguelike elements. The combat is primarily souls like and features hard-hitting enemies with exploitable patterns and telegraphed attacks, using flasks for health replenishment and meaty attacks. You have your standard light attack, a heavy attack and special attacks. However, instead of relying on slow methodical attacks, you are encouraged to be aggressive and erratic. You will be frequently pitted against large waves of enemies, and being on the defense won’t pay off all the time.

Dodging and rolling do not consume any stamina, but rolling around a mad man won’t protect you for long. Similarly, while you may spam attacks, without a proper strategy, you will get overwhelmed and die. Special attacks such as the shockwave consume an energy meter and can be vital to turning the tide of battle.

The roguelike elements influence is also there and is mainly seen in the death mechanics and using Veri to unlock new upgrades. Every time you die, you have to select a new Yotun to take the place of your previous one. Veri, the primary currency in Arboria also allows you to upgrade your Yotun’s abilities so that future generations may succeed. Veri can be harvested in the dungeons by finding and attacking blue crystals. Rata carries off your head once you die, so your Veri gets saved but all items and XP you have acquired are lost. 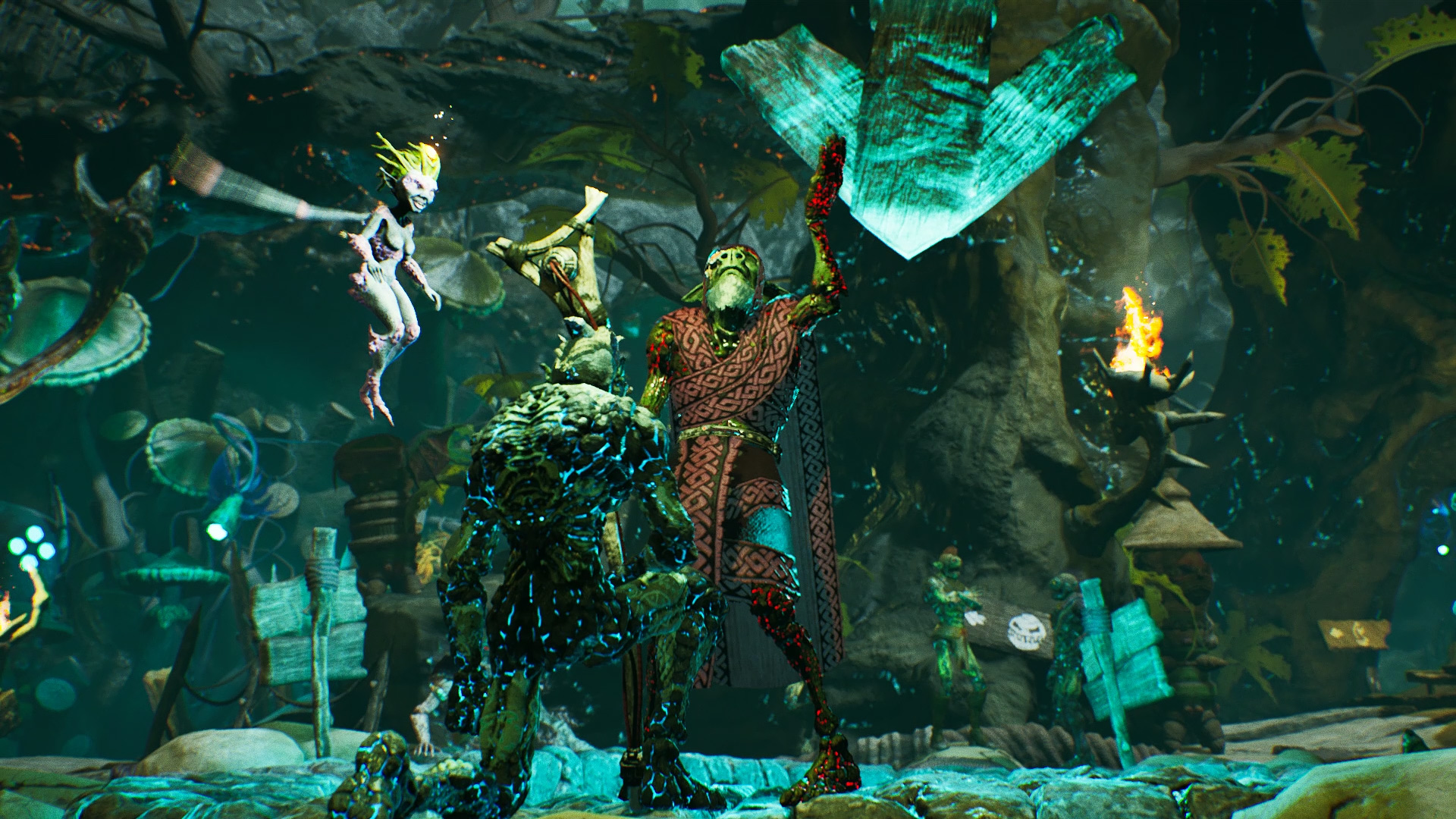 Your village serves as the game’s hub in Arboria. It is where the Father Tree is also located and you unlock more parts of the clan’s village as you continue to heal the roots of the Father Tree. Every death sends you back to your village, where you can choose to offer your Veri to the Godz for various bonuses, as well as selecting a new Yotun to control. Once you’re done selecting your new warrior, you can use the portal to travel to Arboria’s procedurally generated dungeons after a brief tribal dance performance by your clanmates.

Your main mission is to heal the corrupted roots of the father tree. To do this, you must find these corrupted roots in the game’s dungeon by exploring, and once found you must interact with the roots. Doing so attracts the attention of your enemies, who attack you in waves. Once you defeat a certain number of waves, you can heal the root and move forward. Sometimes you can also find chests containing goodies that also need to be purified in a similar way.

The most interesting aspect of Arboria is it’s setting. Partially based on Norse mythology and take inspiration from Warhammer, the world of Arboria is beautiful and intriguing. The world is very gorgeously designed and the lore is shaping up to be very interesting even in this very early stage. I am very excited to see how the developers continue to build this setting.

Even for an Early Access title, Arboria looks brilliant. Some of the features do feel half bakes and there’s really not a lot to do at this point. But hey, it’s early access. There’s a ton of new content and features promised, and if the folks at Dreamplant manage to execute their ideas, this is going to become a great game. 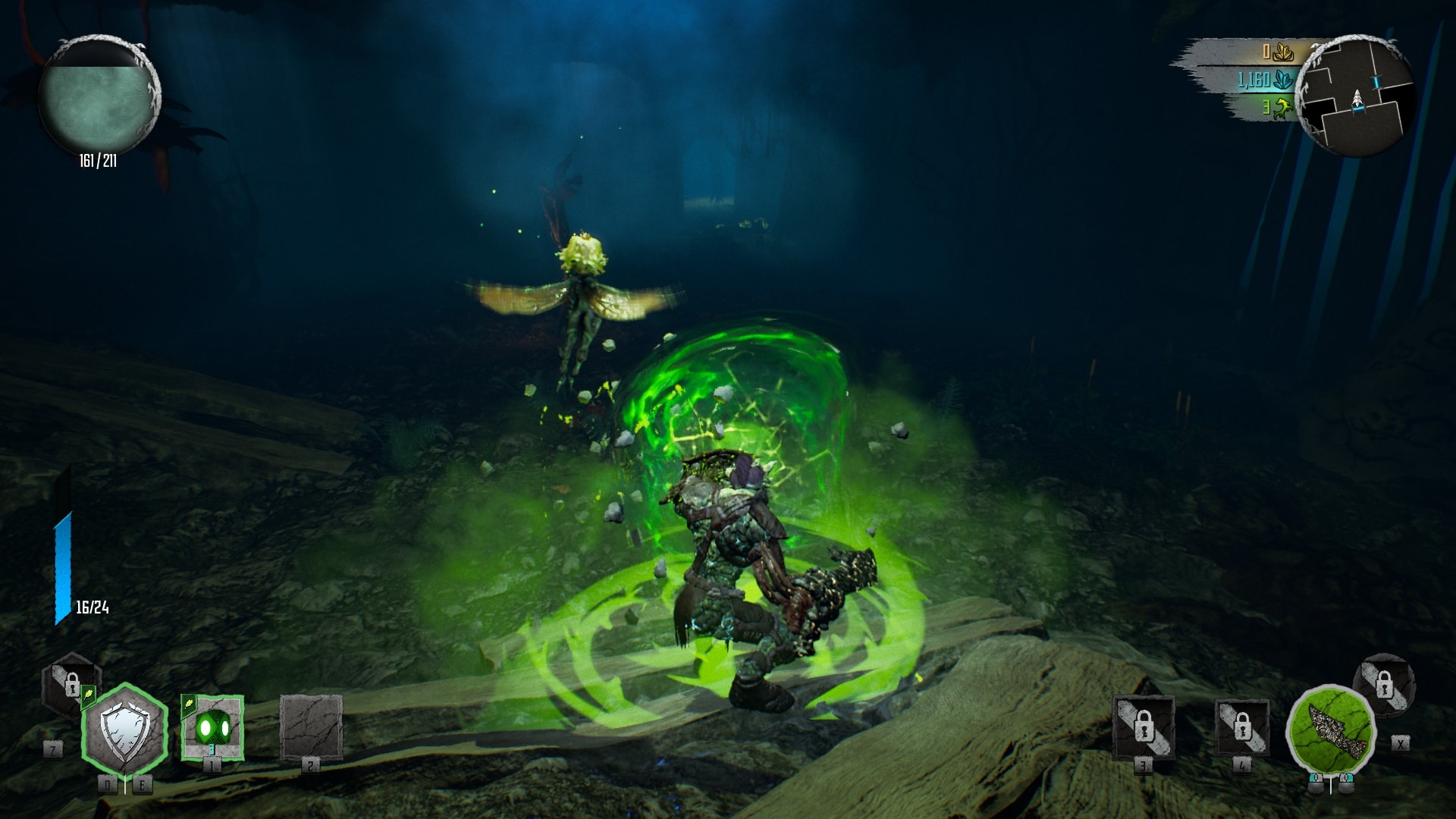 Arboria seems to be gearing up to be a very promising new game. Even at this early stage, the game has a lot of very polished content. However, the road to reach Arboria’s potential is going to be a very hard and bumpy road. Hopefully, the developers will listen to community feedback and manage to implement the features that Arboria needs to fulfill our expectations. A must-have for fans of rogue-lites, RPGs, and souls-like games.