A 3 minute tag-battle with extra twists! Play as a Monster who must lock everyone into jail before time runs out, or as a Human who must avoid capture and bail their teammates out of trouble. Invite your friends and family to play this speedy game of cat and mouse - or rather, Monsters and Humans!

Will you escape as a Human? Or will you have the last laugh as a Monster?

Remember back when we were kids, we would play tag? Now you can play tag in all manners of playing fields from Cemeteries to towns and marketplaces!

Be a human and avoid being spotted by the hunter, rescue captured allies and hopes that you all can escape and earn those much-needed points to use in the shop! Use your special lantern to stun the hunter for a limited amount of time, be warned you only can use it once! More on that later.

Be a hunter and choose your monster. Purchase more monsters from the shop! Hunt down the humans, and throw them into the cage, using your unique abilities to go through walls and run across building rooftops, keep a lookout on your cage or footprints and catch those miscreants of human childlike behaviour!

Published by the people who brought you Silent Hill and Metal Gear, yes I'm talking about Konami Digital Entertainment, developed by a small group within that prestigious company, FREE STYLE Inc. 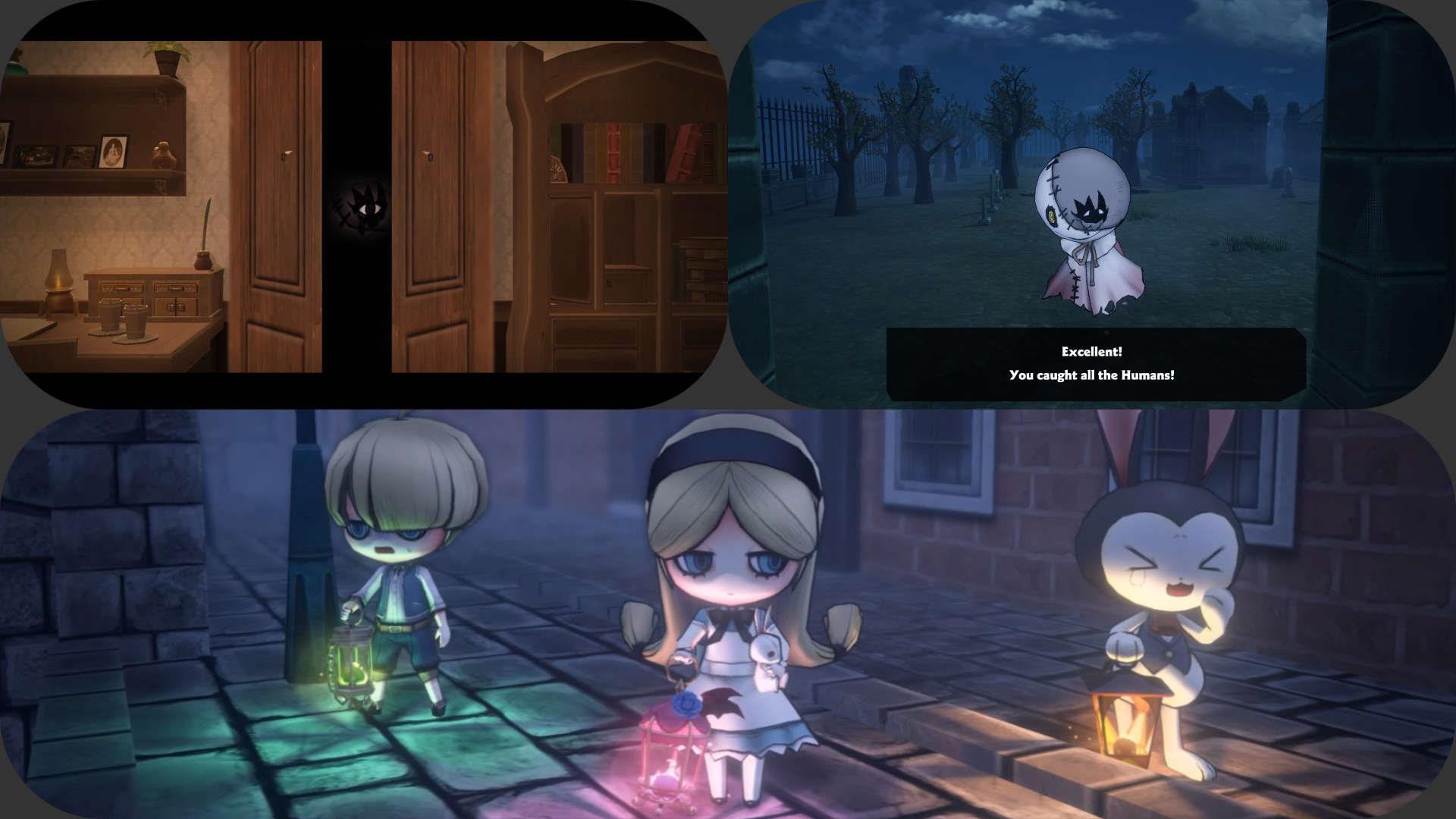 You begin the adventure asleep in your bedroom, and you are then awoken by a ghostly figure, you run into the wardrobe, like something straight out of Narnia.

This in turn begins the tutorial stage.

Speaking of controls, you can't really change the key bindings to something more appropriate, like Crouch is locked to the Left CTRL button. but the controls are easy enough to pick up.

After completing the tutorial you are now on the main menu page where you can play online or locally. Thankfully I had some real players in my lobbies, and any extra spaces were given to the AI when the timer ran out. Even if no players join the lobby can be filled with AI players for you to get a gist of how the game works and runs. Works for both Monster and Human runs.

You are given a tier, you start at C-. You now have to win games and gain experience to get that S rank for better lanterns and/or Monsters with greater abilities. It may take a while since most lobbies are AI filled, but you may get lucky like I did and get some real players.

In my own 70 minutes playtime of this, I found out these things that can be more influenced towards the Hunter than just the humans, but both sides have great advantages that I'll list below.

Basically, monsters have the most significant advantage, and I probably gained 3 monster ranks in just 4-5 games, compared to the humans, which I guess can be better if you actually had a team. 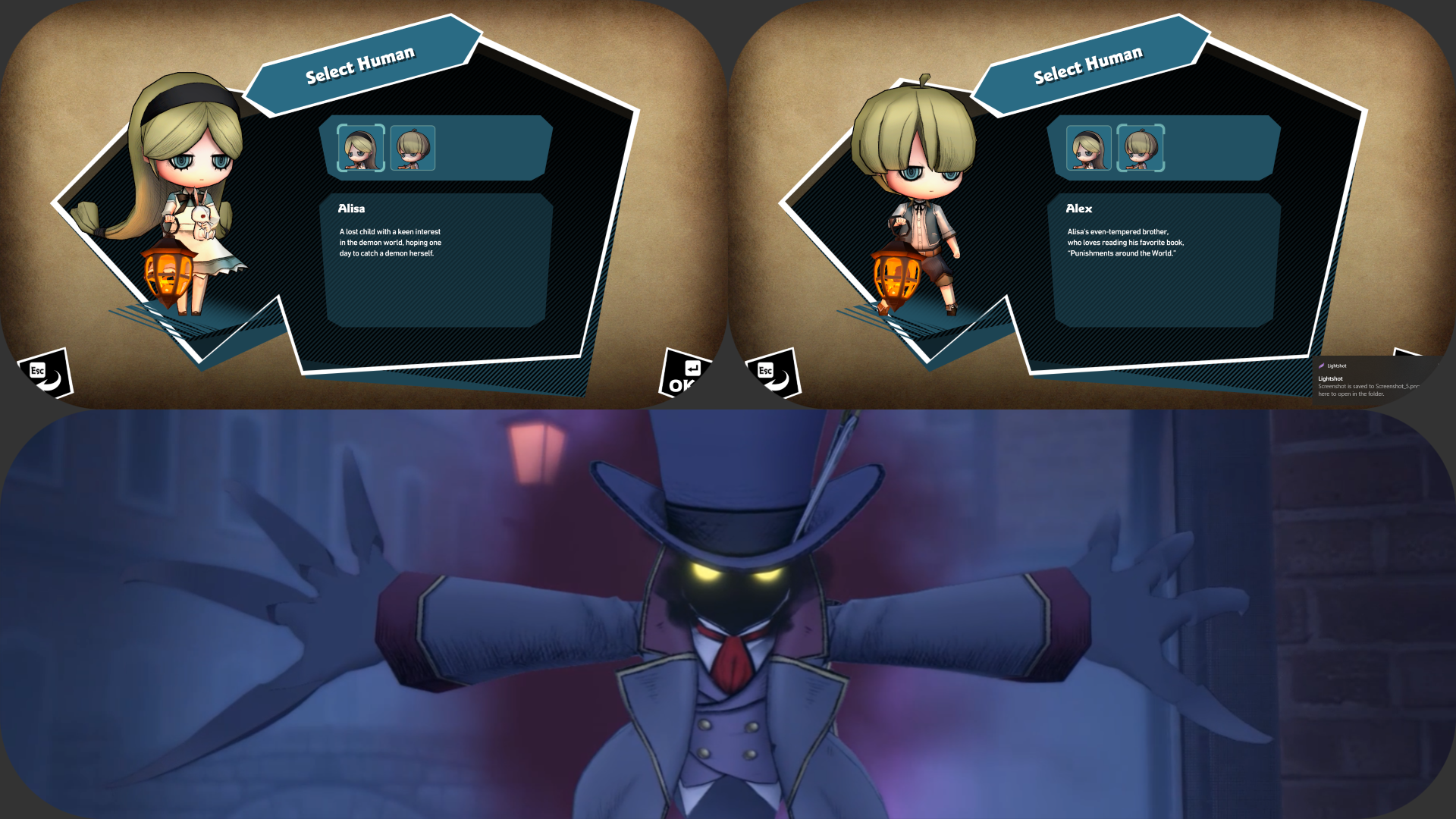 It is a pretty neat game in all fairness, the sounds and graphics are not half bad either.

If I had one complaint, it would be that the Monsters are a little bit OP at times, but as before mentioned though, if you were against an actual team it would be a little bit harder than just playing teams filled with AI.

Though, I do think that it has that element of "Fun factor" and it does have Dead by Daylight kind of mechanics, just not in the conventional way of hooking people.

If you wish to support the developers and read more about the game, you can visit: 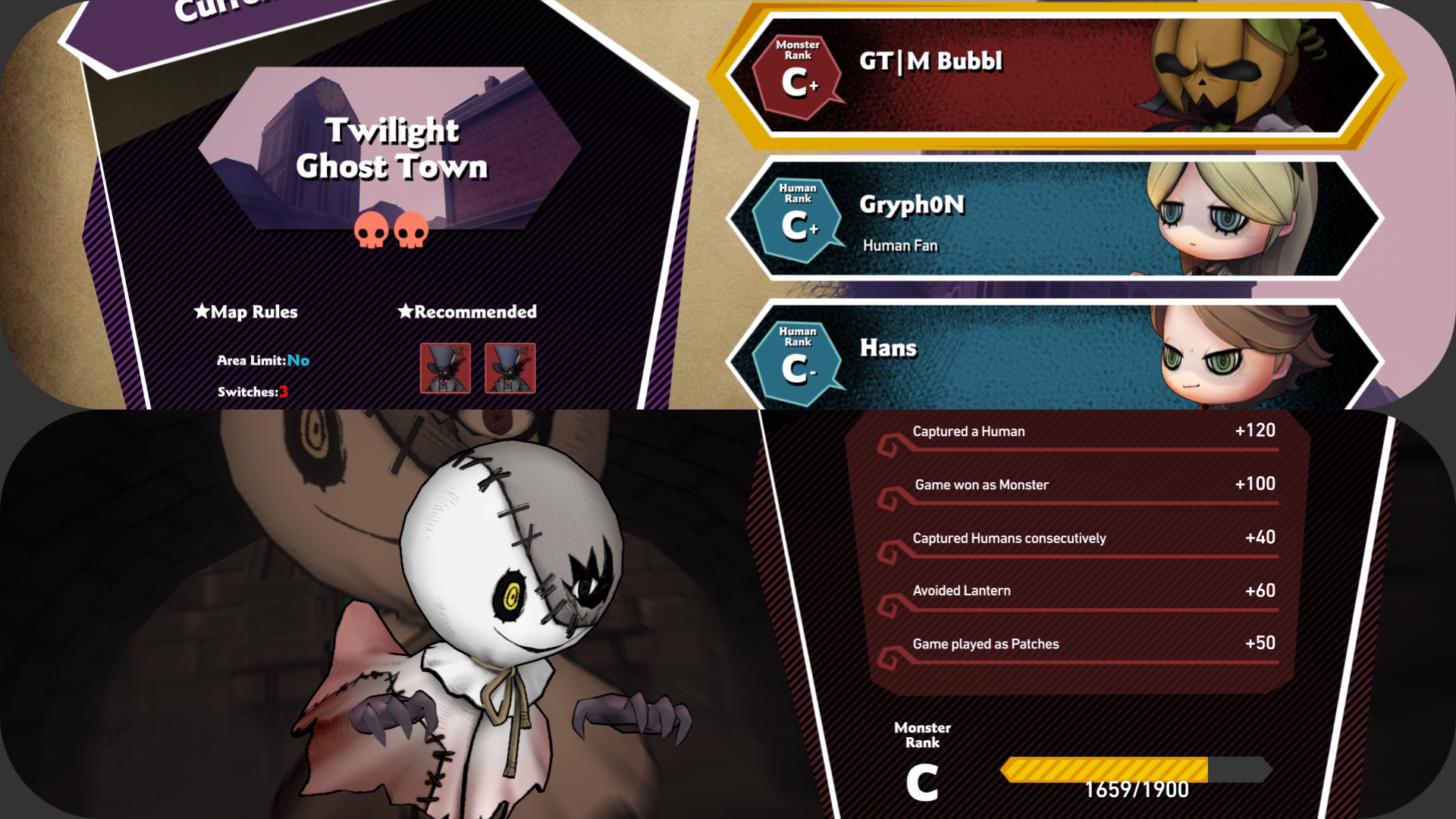