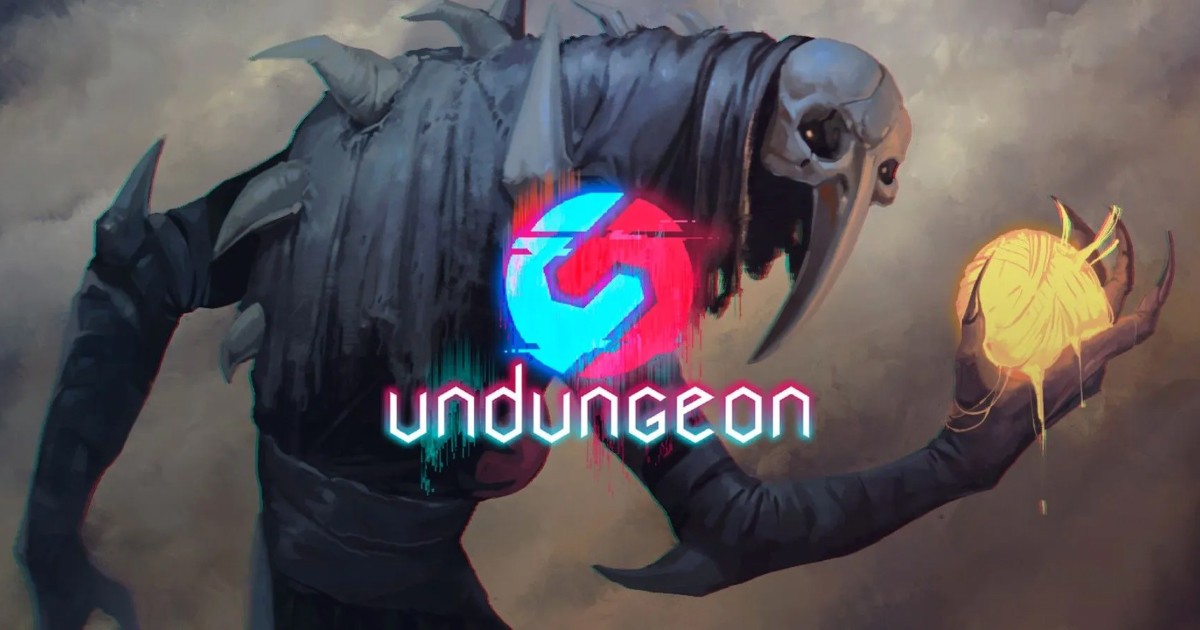 Throw your computer out of the window.

I tend to be rather forgiving to the games I play when it comes to the quality of code. Some of my all-time favorite franchises come from developers well established in the industry despite being notorious for cutting corners (looking at you, Bethesda ;P). Now small studios, that only just get it started in this unforgiving business, have it rough enough without a know-it-all reviewer fidgeting in their seat, waiting to make an arbitrary remark and put their product down for it, and I totally understand that...

How, for the love of the Eight Gaming Gods are you going to excuse not even trying to mitigate bugs in your software in the 2020s when digital distribution lets you get away with releasing your game half-finished and then patching it up when gamers have tested it for you free of charge? Postal 2, a game released in 2003, was created by a studio so underfunded they jokingly replaced one of the game's levels with a video of their CEO saying on the phone they are on a tight budget and have to cut that content. When their game has a hiccup, however, it hiccups gracefully. Stuck because of our sucky location programming? We will detect that and teleport you to safety. Running With Scissors has got your back, buddy. Not like you'd need it if you remember to save regularly, but hey, not everyone has developed this gaming OCD over hours of lost progress. Undungeon, the subject of this review, has been out for almost a year now and you still have to be careful around cliffs. Some of the areas below are inaccessible on foot so if you accidentally throw a quest-critical enemy or get thrown in there, then your only remaining option is to reload. Or should I have said continue? 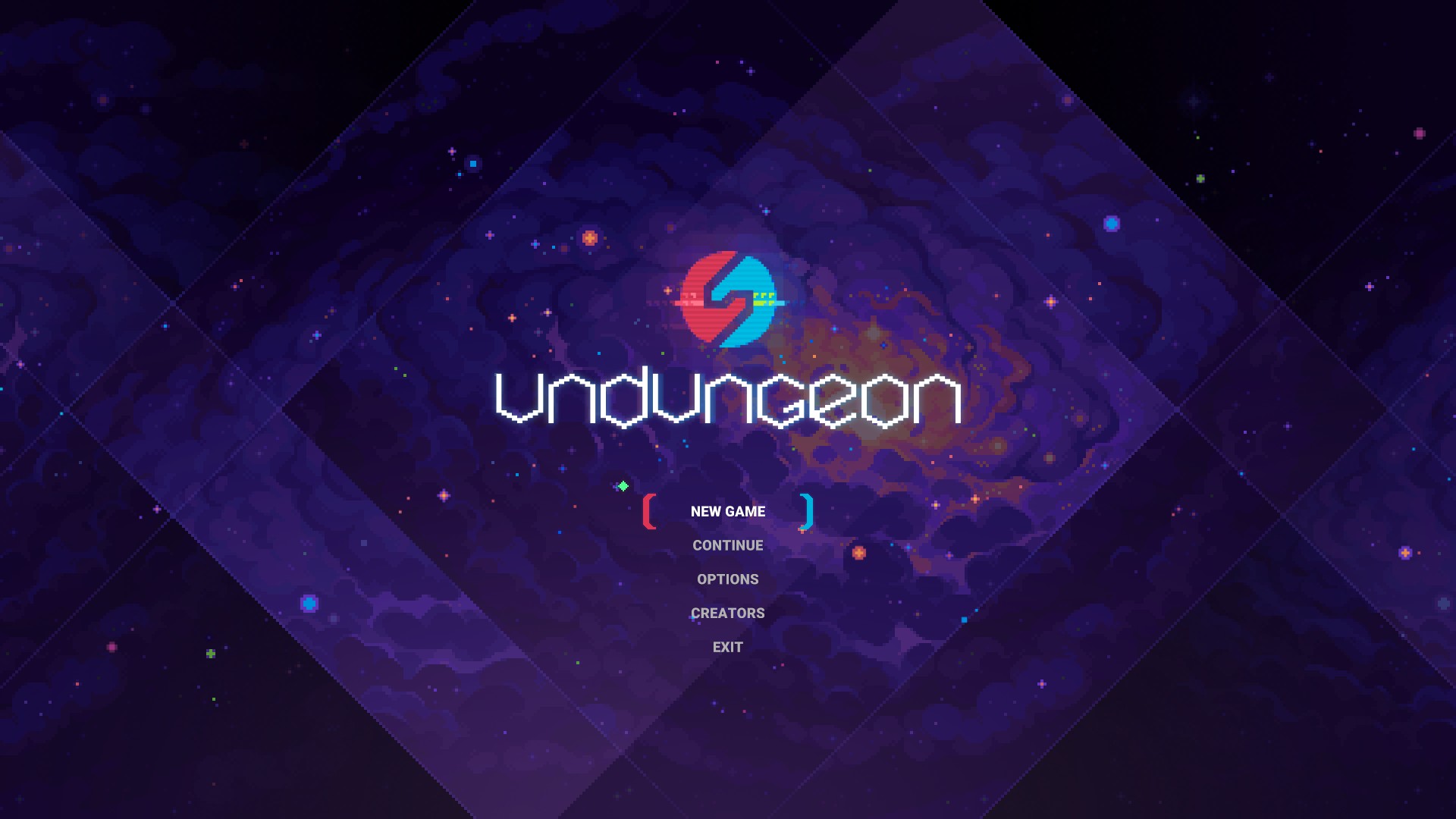 Seriously though, where on earth is Load Game?

Oh yeah, no compulsive saving here. The game will save for you-- unless of course it doesn't feel like saving at the moment. More and more games nowadays gain a consciousness of their own and preempt the player from creating a game restoration point at the moment of their choice, but I didn't care for it much as long as all these games were of the emerging survivor manager genre like Dread Nautical, State of Decay or This War of Mine. What this kind of mechanic is doing in an RPG is far beyond my understanding. To add insult to injury, you only have one save slot at your disposal. One. Not one hundred, not one for each character you create, not one for each chapter. One. 1 in digits. Forever. 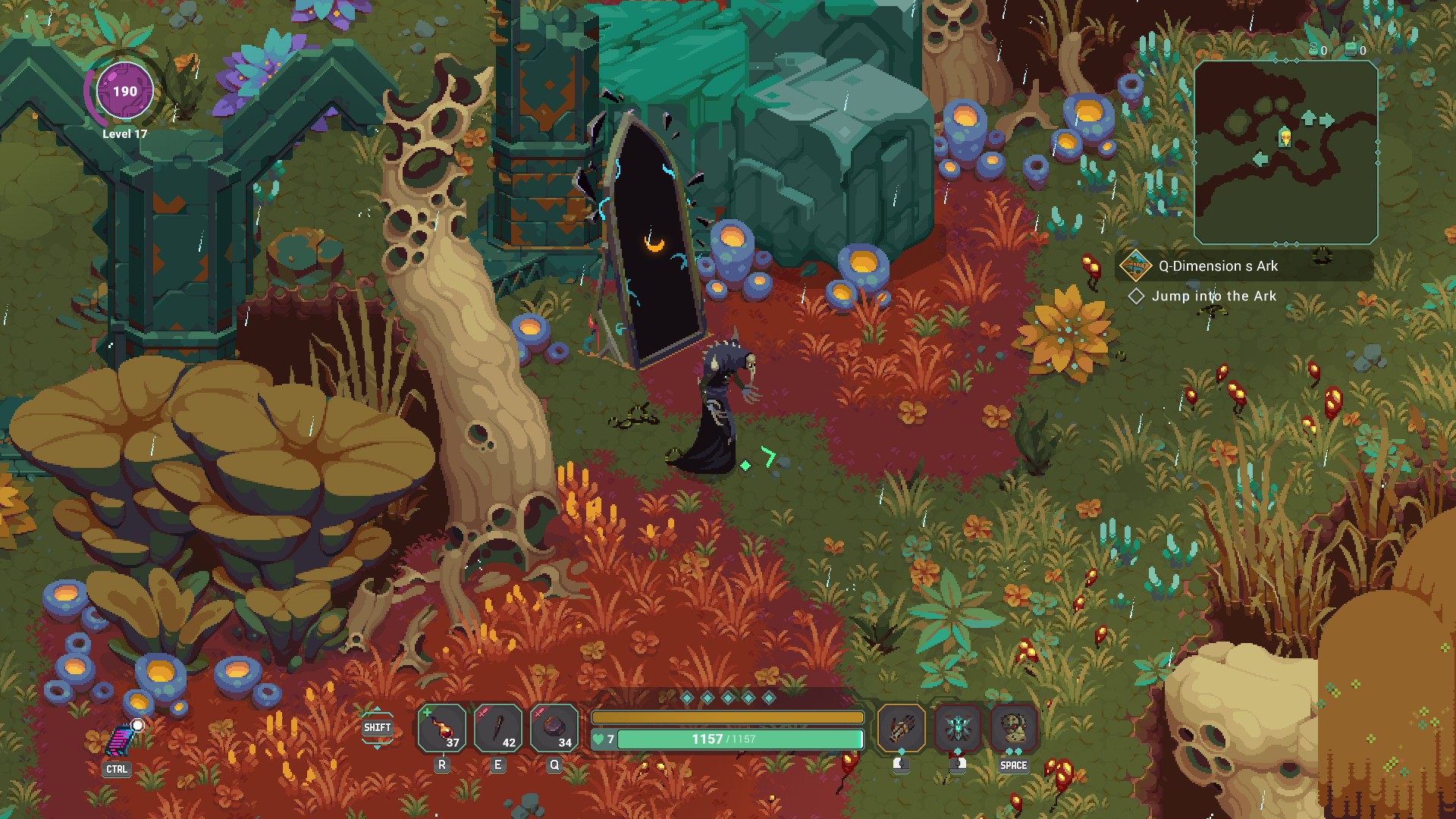 You can save your progress at a mirror like this, but don't count on any save file selector to come up.

Undungeon sucks. I took ten months to come to terms with that because I had high hopes for this game upon installation. After all it's still an RPG with a psychedelic futuristic world vibrant with colors and unique entities, a hauntingly minimalistic sound setting, and a unique story about a struggle to build a somewhat stable reality. A story I've nevertheless grown indifferent to whether or not I'll ever unravel. The final straw that broke the camel's back was at my fifth or so attempt to defeat all the defenders of the Beta Core in Lutenland when I had smitten them all and lost only two organs in the process, but also got locked between rocks no player could normally step on. This shouldn't be a reason to abandon any game, unless of course the combat is a mundane mashfest where enemies keep getting buffed for just landing successful hits against you while you get lucky if you earn enough essence to regenerate organs lost in a fight. 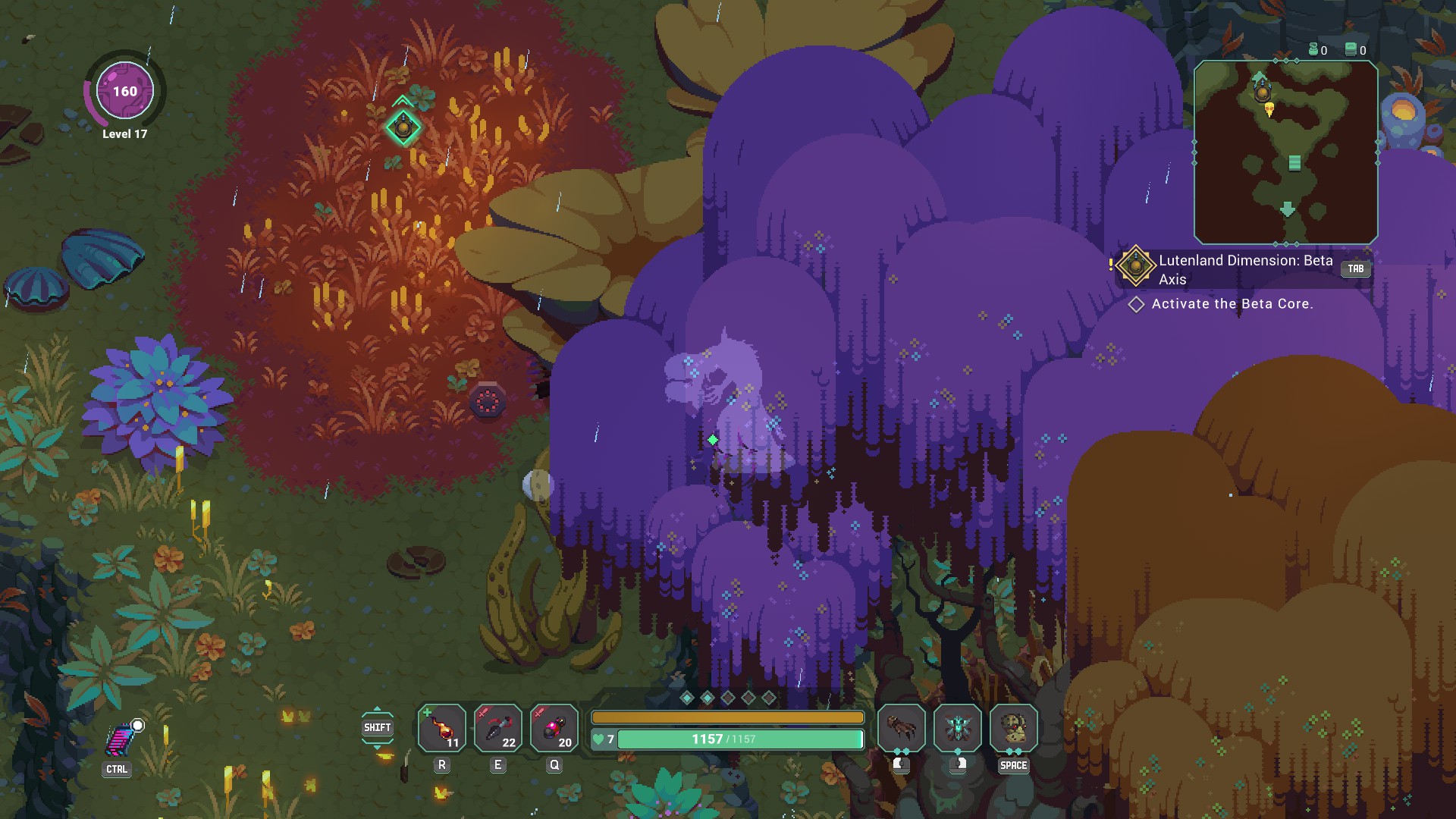 Ladies and gentlemen, behold the point of no return in Undungeon -- a bunch of trees...

Undungeon proves any quest can feel like a fetch quest if you receive it on text. Frankly speaking, all conversations in the game feel like texting beacuse exactly zero (0) lines of dialogue are voiced. Figures. 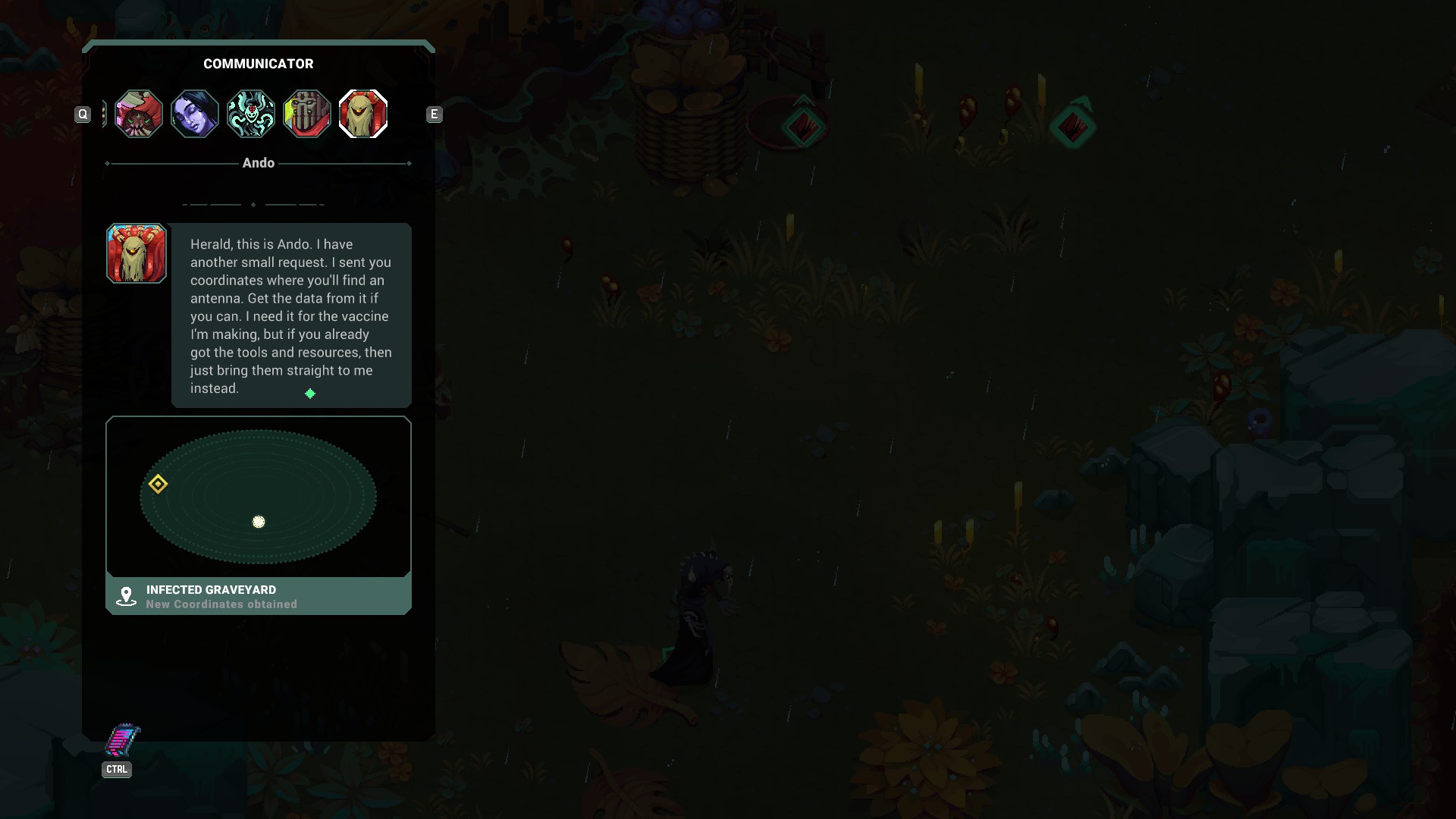 If I wanted to receive tasks on an instant messaging app, I'd just do my day job 24/7.

Undungeon shamefully (both to me and to itself) becomes the third game of this review series that I won't complete, after Bloody Trapland 2 and Dread Nautical. If you take a look at the game's Steam page, it stands at a respectable 77% positive reviews, however that number is not reliable for the estimation of its sheer playabilty value because hardly anyone snaps out of the first impression charm to ask themselves the question "will I ever play it again"? The answer is surprisingly there to uncover and it's right there in the achievements statistics. The achievement "God of the Wasteland" is awarded for completing the Q-Dimension chapter of the whole story. The only other chapter ever hinted by all I managed to read about the game is the one in Lutenland so that would make it effectively an achievement for beating half of the game. So how many people ever to launch the game on Steam have unlocked "God of the Wasteland"? Half of them? A quarter? 5.4 percent. One in every eighteen players. Including myself. Should I feel rewarded? I don't know. All I feel is empty. Like the name of the main character of Undungeon. 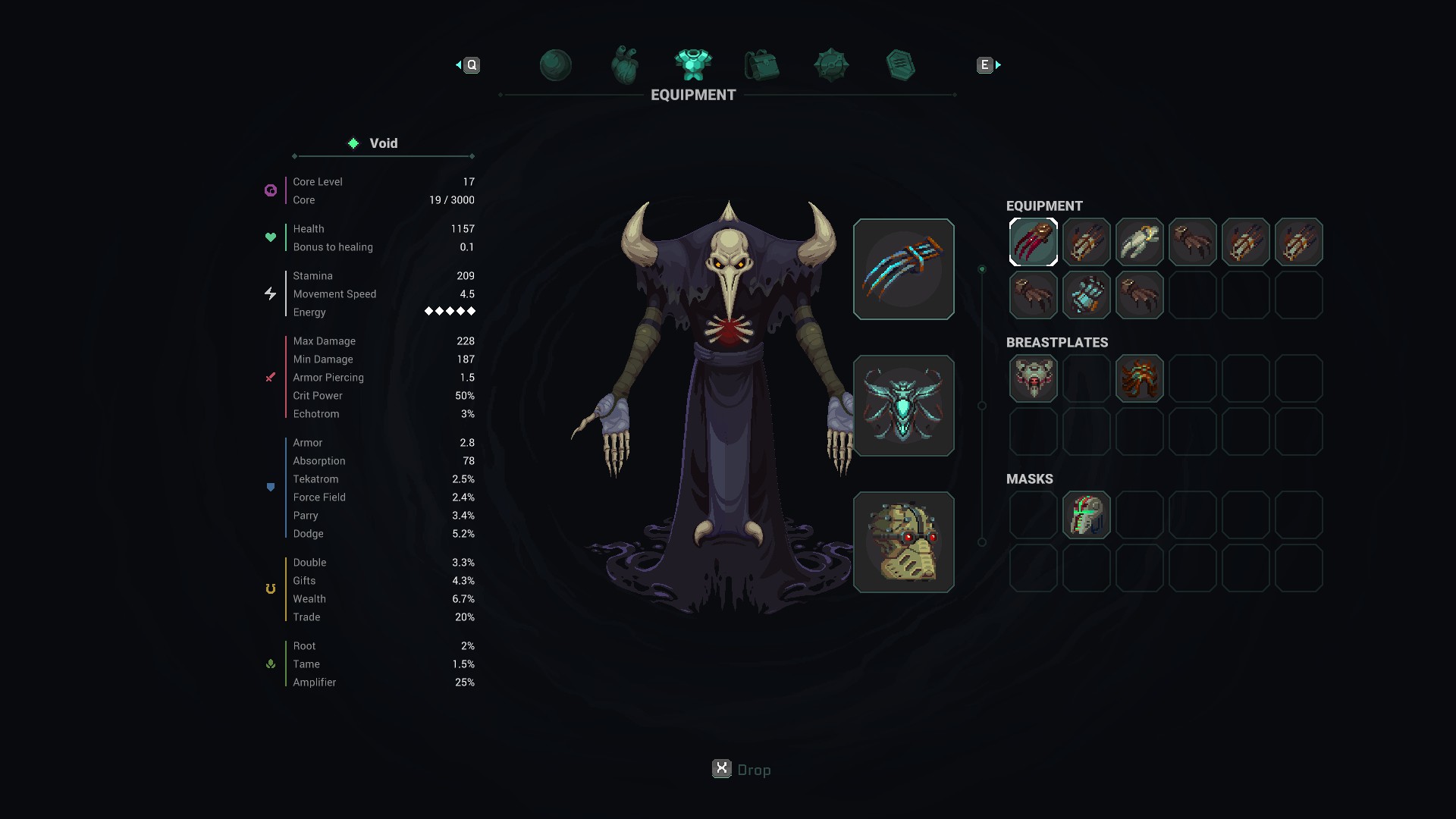 It's Void in case anyone asked. Looks more like a low level boss rather than a protagonist.

I was supposed to finish this review by the end of 2021. When that didn't work out, I was supposed to tell a couple fairytales about how I was busy looking for my inner self or how I started my self-development journey by hitting the gym and whatnot. Frick. That. Both because me and the gym were never meant to be and because no other game than Undungeon has ever made me want to play literally anything else so much. Like Postal 2. Now that's some ugly review material. But you know what? After its original release in 2003, Greenlighting on Steam in 2012, taking a somewhat literal piss at its own sequel, and getting a fully fledged DLC expansion in 2015, its status as of November 2022 is legendary. At each point in its history people would talk about it, be it sweet or trash. People still want to play it. Undungeon will only be remembered briefly once more because of this review I didn't care to finish on time.

No wise thought at the end this time. I'm just glad it's over.