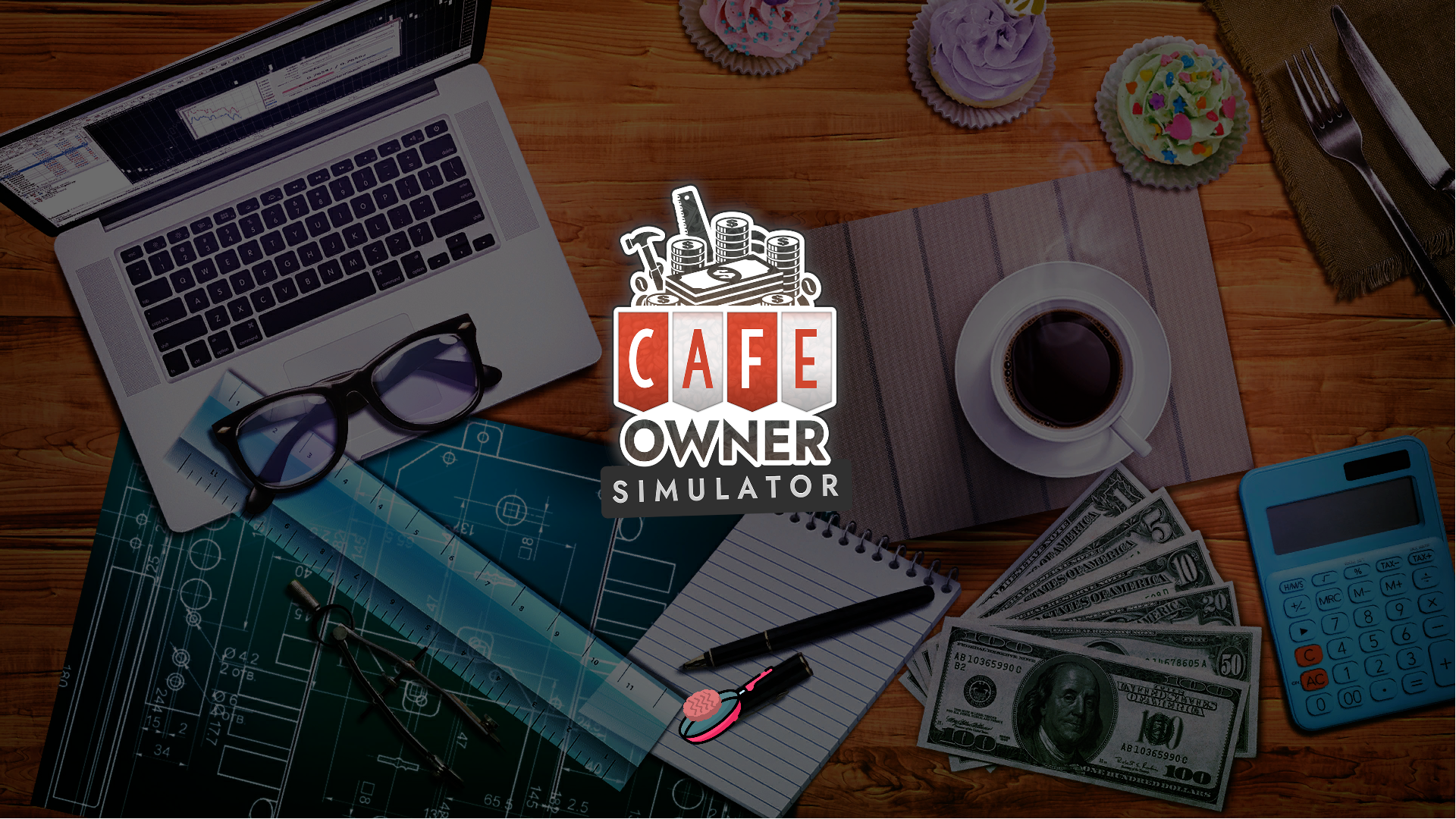 Relaxing or Overworked? How about a bit of both? Think House Flipper, but with more mechanics when it comes to business. Grab a cup of coffee on the go, and wear trainers, as you'll be running about a lot.

What Does Cafe Owner Simulator Entail?

Open up your own Cafe/restaurant with your father's money that he has gifted you.

Clean and restore your restaurant. Make sure you have the required kitchen equipment, as well as ingredients, to be able to cook the items you have chosen for your menu. Choose from a selection of wallpaper, carpet or coverings of different materials.

As you progress, you gain experience points that you can use to upgrade benefits. While levelling, you will unlock new customisation options, such as new furniture, equipment, dishes for your menu and more.

Earning money will allow you to buy new areas within your cafe. According to steam store, in the future, you will be able to build a hotel near the restaurant and create a square for recreation and entertainment for visitors.

Being the owner, you are in charge of running the business. Which include daily tasks, paying bills, managing employees, and keeping up with the overall upkeep of the restaurant.

Keep your customers happy and bring in money within no time. 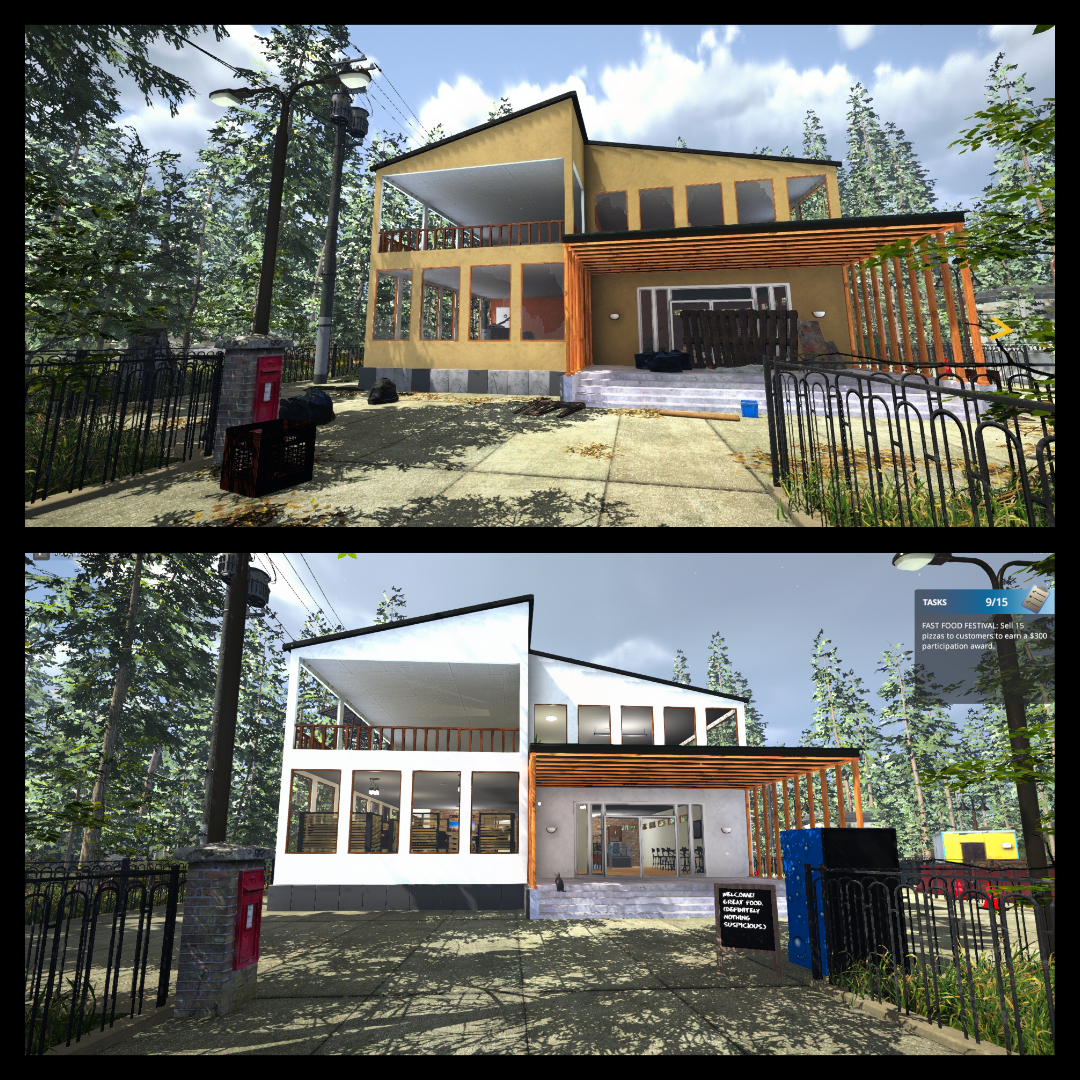 So What Is Gameplay?

Starting with a backstory of your father struggling to pay off the debt he owes the mafia for his restaurant that shut down and his health deteriorating. He gives you $50,000 to fulfil you and your father's dream of running a cafe. Considering your father is supposed to be in a lot of debt, he somehow had that money to give away—a bit of hindsight on the developer's part.

I'd also like to add that the father looks hideous compared to your character's design and others NPCs. There were a few inconsistencies within the game, whether due to the storyline or design of NPC and foods. 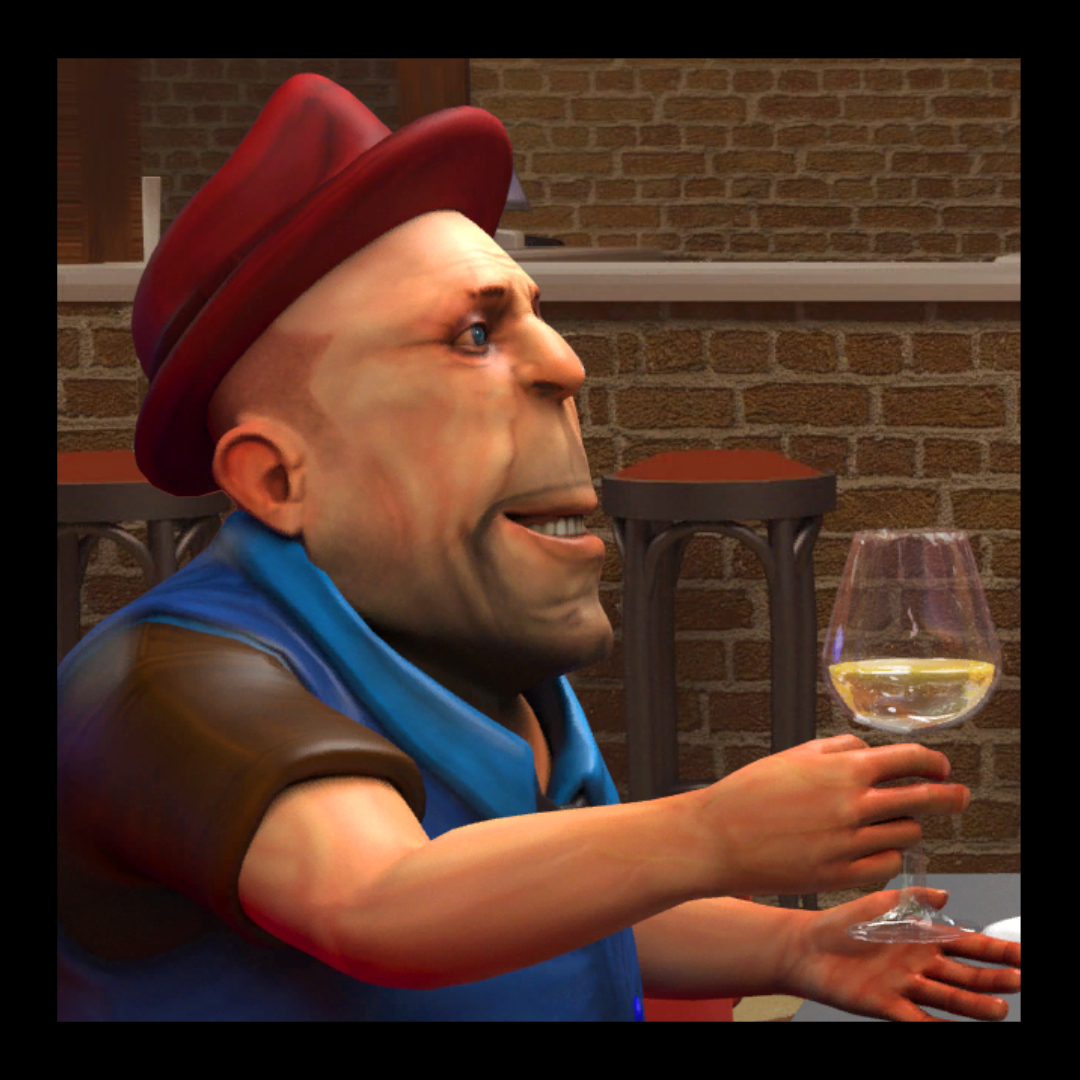 I liked that you started from the ground up. Meaning the place was an absolute dump when it first started, and it's down to you to flip it and make it your own. Customization-wise, when it came to the walls and floors weren't too bad of a selection. The paint for walls, however, was too bright to use, and it would have been nice to have more options as most of the wallpaper options were a bit too busy looking to have around the restaurant.

When it came to decorating your restaurant, I felt it was lacking in content. However, there were a decent amount of paintings. The only options were a plant and some console tables. That was it.

One thing that irritated me was the selection of tables. There was only one two-seater table. The rest were four or more. I know that doesn't sound bad. However, only one customer used a table at a time, so having a four-person table was a waste of space. It would be nice to have more than one customer per table sometimes, making it more of a challenge.

The placement was another issue; some equipment needed to be unnecessarily far apart, which used up much-needed space, especially early on in the game. 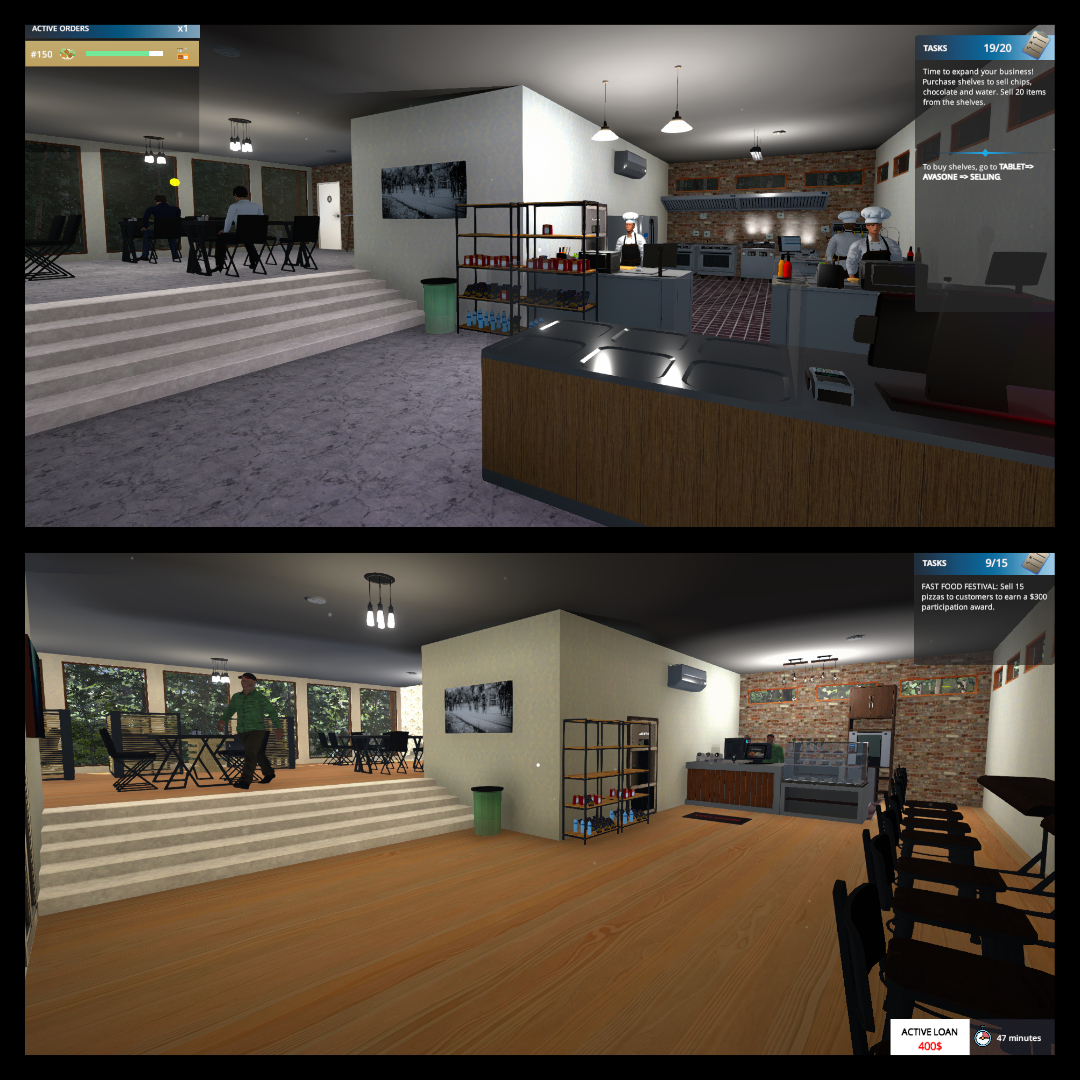 A feature I enjoyed as I levelled up and did tasks was having the opportunity to give NPC's cafes a makeover. It was pretty much a sandbox mode, you didn't have to worry about money, and as a bonus, you got paid at the end of completion. Having that extra money helped a long way when it came to my restaurant. Unfortunately, they are so far and few, so don't expect many of them.

There is plenty to do within the game. You must ensure you keep on top of food deliveries so you don't lose customers. Keep the place clean, and call in the garbage disposal regularly. To get better reviews, you need to be quick on your feet, have entertainment for the guests and make the place comfy. Don't charge too much for food, though, as you'll get customers whining about it. As you level up, you unlock the cafe till, where you have to bake pastries and ensure plenty of coffee supplies are ready for your worker to dish out to customers. Then there is the weather. If a storm is incoming, prepare to fix broken windows and the base of outdoor walls.

A charming addition, you have a cat that you can pet. I'm not 100% sure, but I think they might help catch rats. However, it does not mention anything of this. It would be pretty cool if they did. Lastly, watch out for the homeless. If you don't keep them happy, they will break things in retaliation. Luckily you can turn that mechanic off. 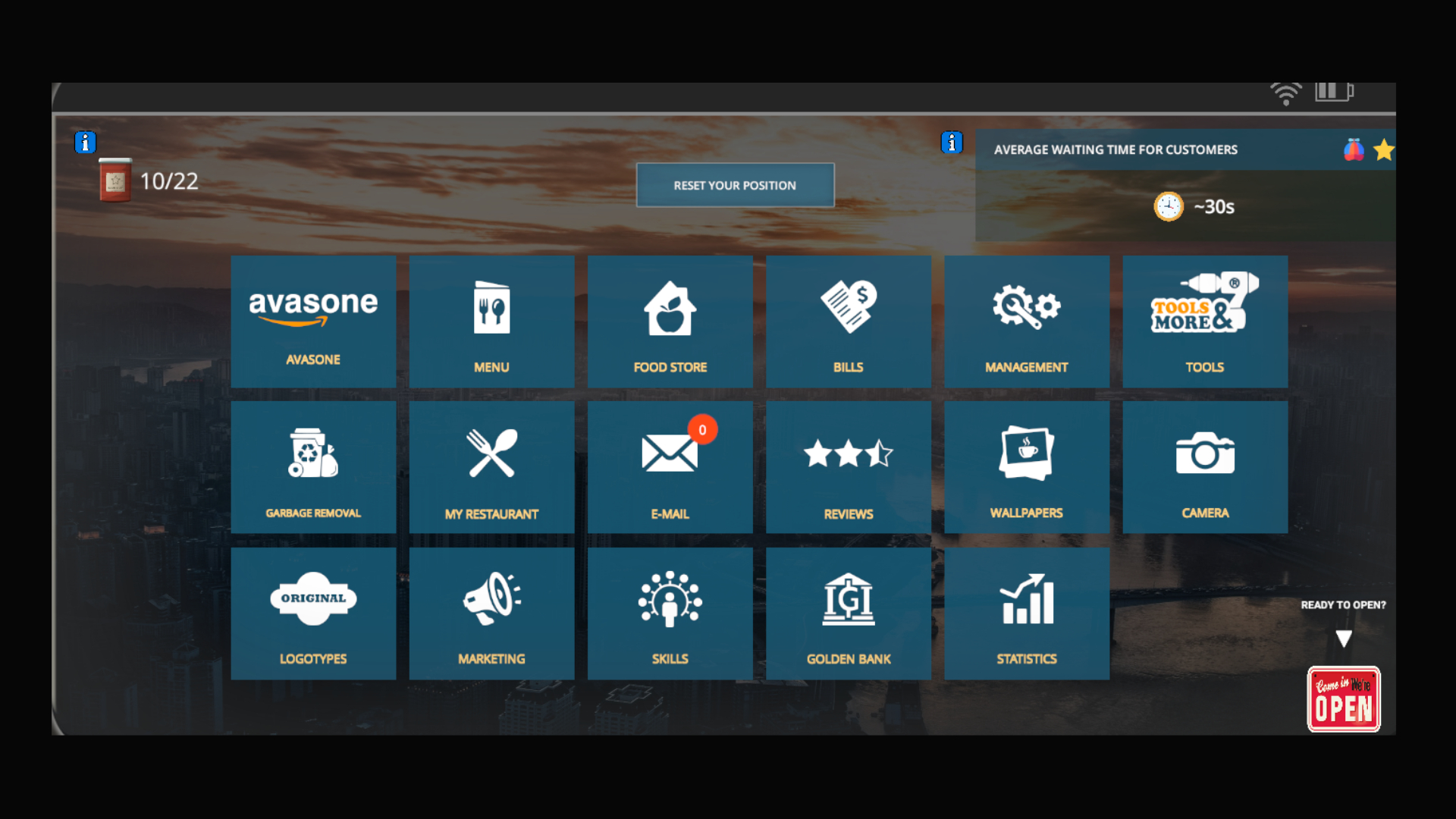 With more decorative content and new things to work towards, it could be a brilliant game. I hope the hotel announcement and a recreational area will bring the items needed to get variety. In its current state, it is easy to complete.

The game itself seems to not be complete as of yet, as it does feel a little empty. It doesn't say that it is in early access. It certainly feels unfinished to me, at least when it comes to sprucing up the place. So If this is the full release, I could see why this would disappoint others. Having said that, when running the restaurant, there is plenty to keep you occupied and on your toes.

Though the game needs some improvements here and there, I had a great time playing. I found it very addictive, and even typing this review; I now want to go back to play more. It has all the aspects I expect from a simulation game and more. I would say it's a game that doesn't take itself too seriously; you could make it as ridiculous or perfect as you would like. I have high hopes for the big update, and I hope the devs add more options for customisation in the future.

Therefore I give it my stamp of...