Tangle Tower is a point & click puzzle adventure game featuring Detective Grimoire. For the second time on Steam, Grimoire needs to investigate a murder but this time he’s helped by his partner Sally Spears. They get to visit a very strange mansion where 2 families live, with most of the occupants hiding their secrets, related or not to the death of Freya Fellow. 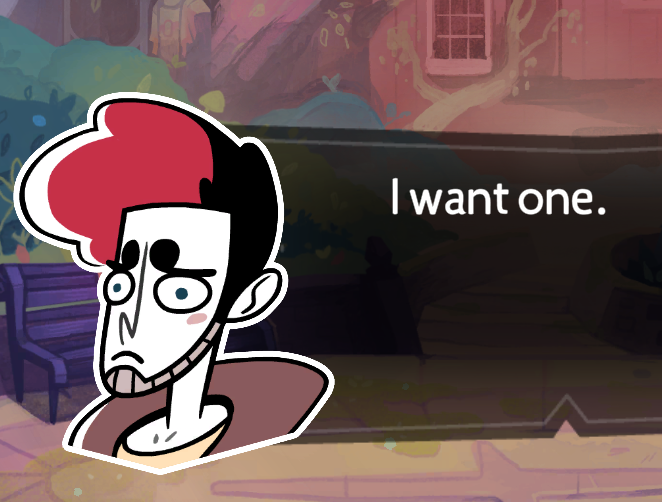 I appreciated that instead of following Grimoire’s thoughts, we get to follow conversations between him and Sally. Dialogues between the detectives were probably my favorite part of Tangle Tower because they’re funnier than most of the dialogues with other characters. I found that there is a tiny bit too much talking for my liking, mainly when I asked every character about every single item, but that’s got to be expected in that type of game.

The art in Tangle Tower is impressive! There’s a lot of love put in all of the drawings and the animations are fun to watch. Sound and music are also very well done and help make the whole package very proffessional. I wouldn’t say it’s better than Grimoire’s other adventure because it’s simply different and I also loved it. 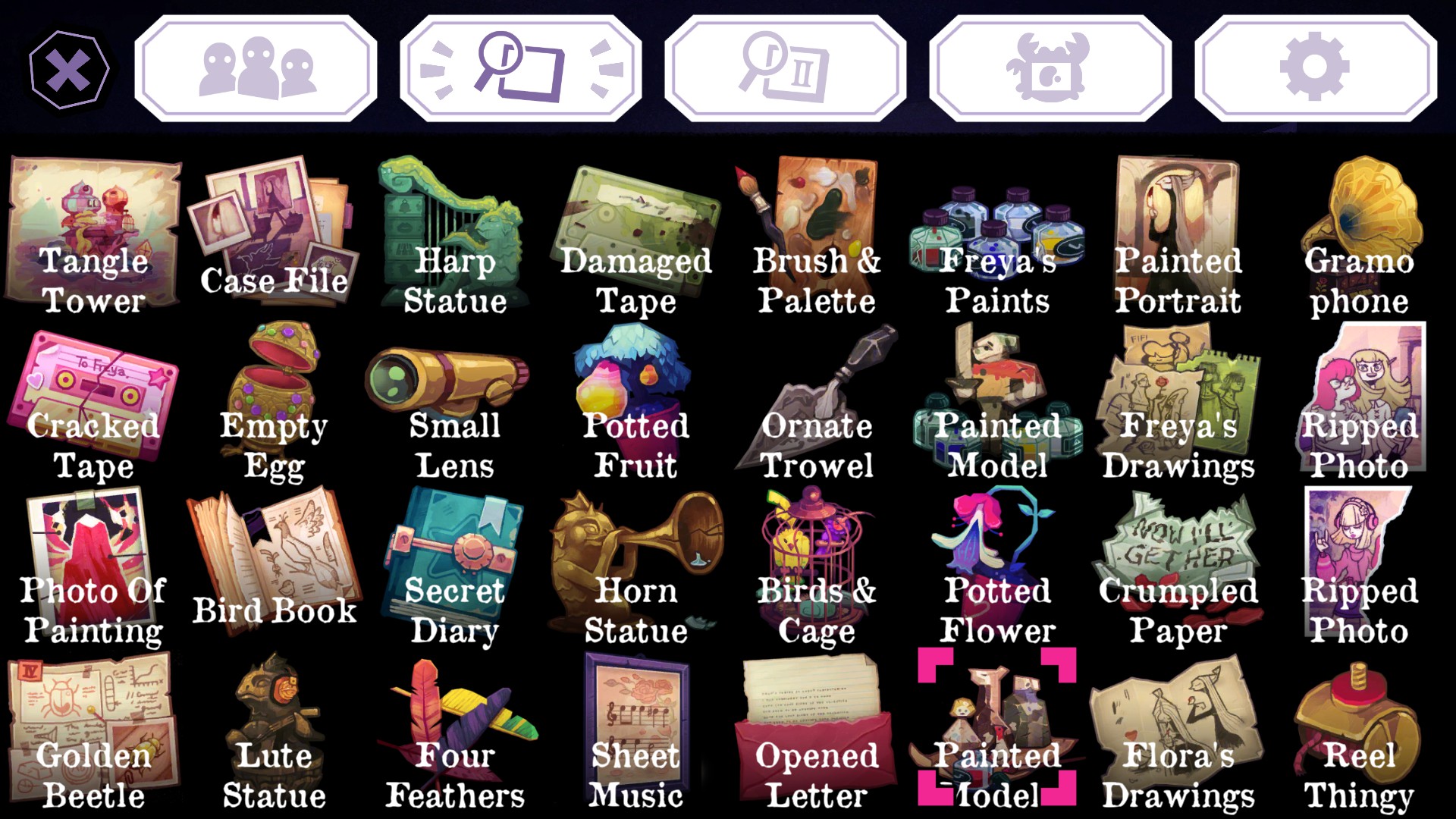 Controls and UI are as intuitive as they can be, and I never found myself wondering what I should do next. There is an option to help you know where you should be heading but I would definitely advise to stay away from it if you want to get the whole experience. The puzzles aren’t too difficult: some of them require some trial and error to understand, and some of them are only solvable if you have gone through specific parts of the game already. 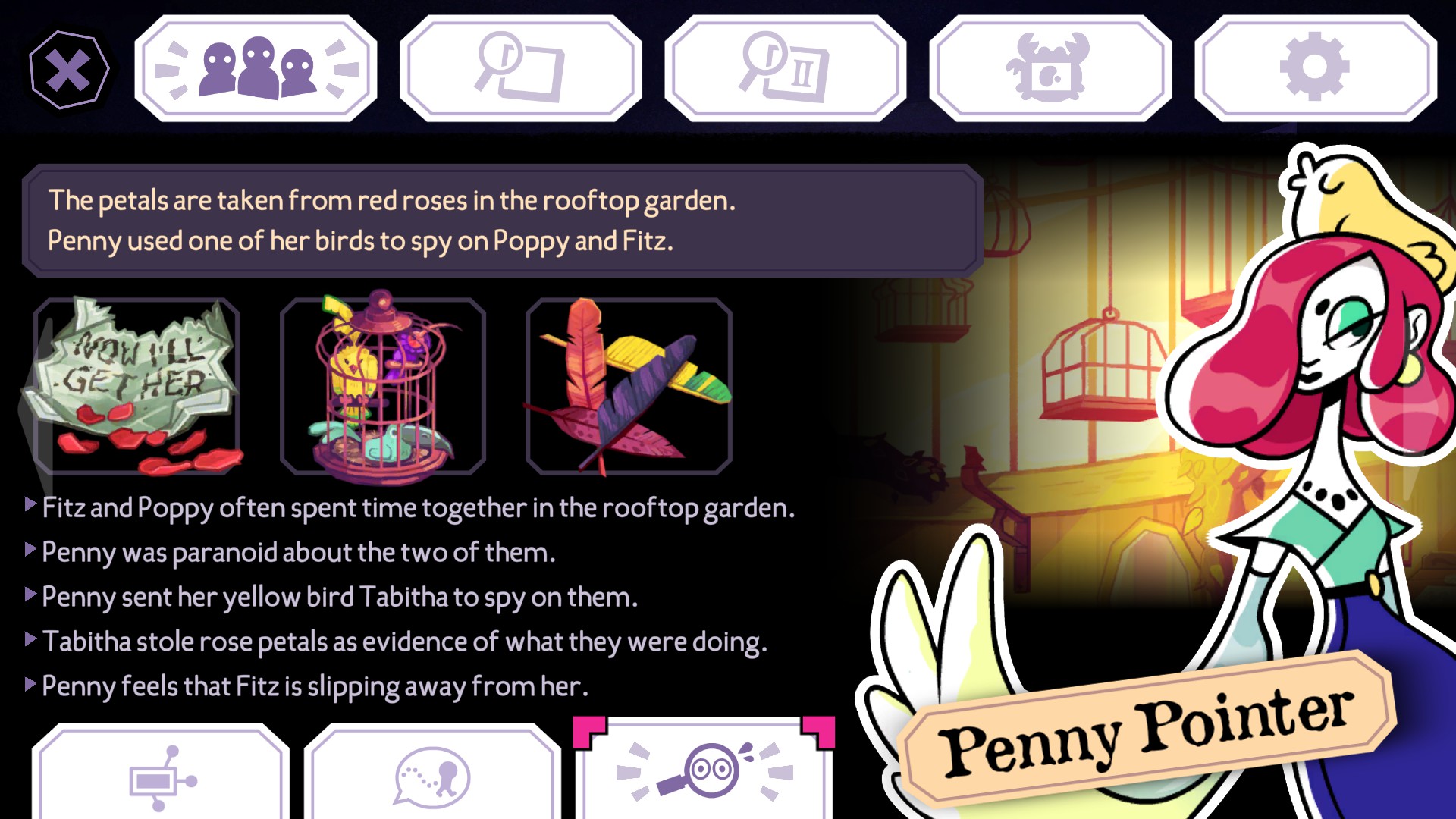 Overall, I think Tangle Tower is a great game with one big caveat: solving the mystery wasn’t as fun as I would have hoped... I had a lot of fun making scenarios in my head during the game but the way the game ended, it ruined the experience for me. Considering that I spent many hours wandering in the Tower, clicking on things and talking with everyone while trying to imagine why each occupant would have killed Freya, I must admit that I had my share of fun and it would be unfair to judge the game only by its ending.  If you like an easy-going adventure with some puzzling but mostly story-driven detective work, I would absolutely recommend this one!