This game is meant to be played with a controller.

Embark on an adventure as a new Reaper who has gone rogue! Collect equipment and spells, learn powerful attacks against hordes of enemies, complete quests for a cast of quirky characters, and make difficult choices in this grim yet richly illustrated 2D world. Play alone or with a friend in local co-op and serve Death together!

Death Tales was released on the 1st of October 2020, by Developer and Publisher Arcade Distillery, under the franchise Plague Universe.

A solo or co-op game for you and one of your friends to play. You, a Reaper and a scarecrow looking sidekick, embark on an adventure. Where will this adventure take you? Who knows, come find out for yourself!

Death Tales offers the story of a Reaper protecting what is important to them! 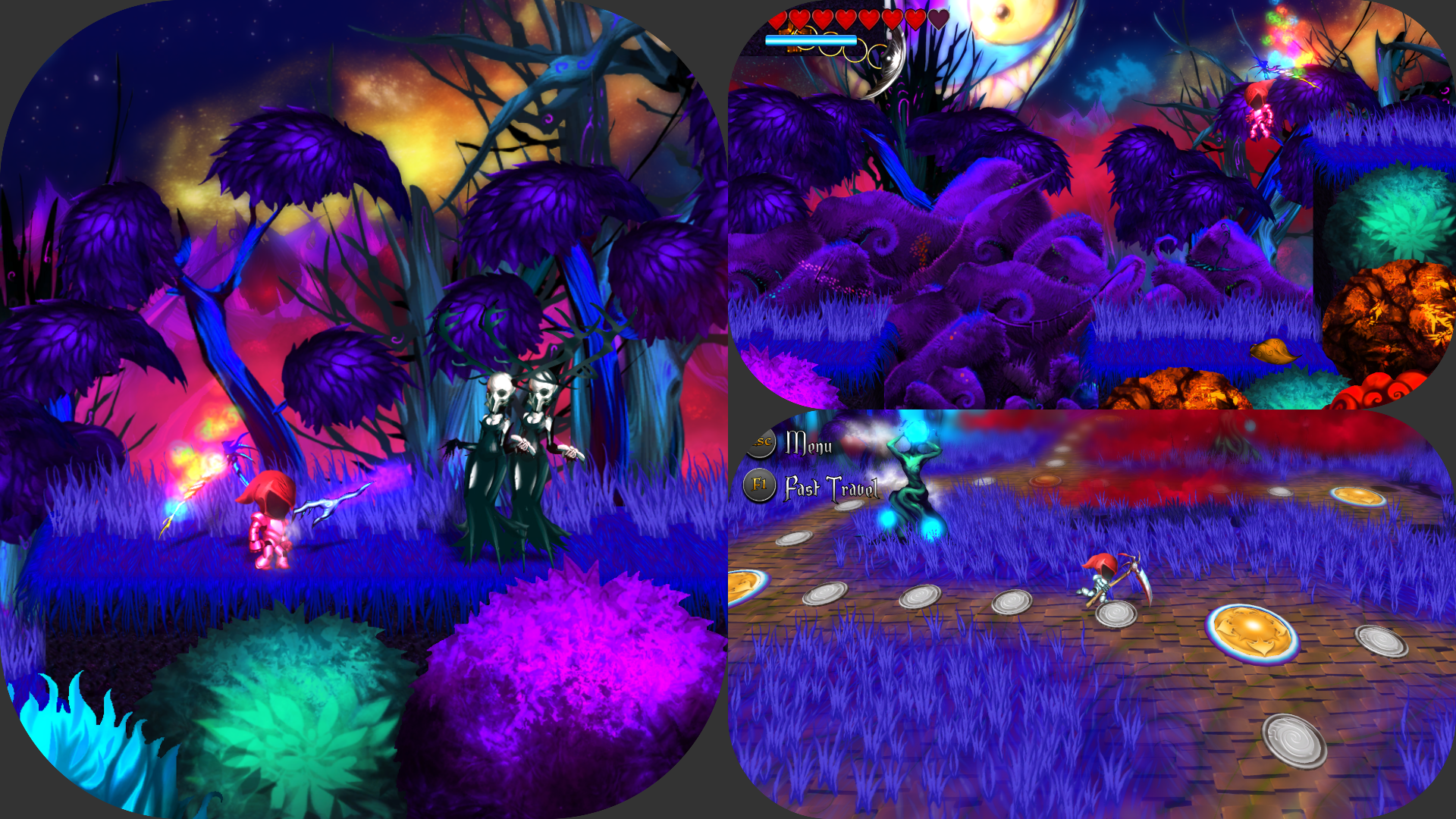 You begin your adventure in a dark forest not really knowing anything but a few controls and movements, you come across your first enemy, you lock eyes and then you strike it down.

You are a reaper and from the story given it seems that you are doing it for the protection of a certain someone. #NoSpoilers

I did complete the game in only 5 hours even though Steam shows 6 hours, a side scrolling adventure, kinda like Super Mario in some levels with the spinning rings of fire. The game does have a strong resemblance to Skul: The Hero Slayer, as well as Sonic the Hedgehog from the old Sega game.

There are 7 chapters to complete, each chapter with their own challenges, levels and enemies to pass, some challenges you need to kill all the enemies on the stage, whilst others you can simply go past it like a breeze unless for some reason you want the gold, not that its very useful. Be mindful though, you can repeat stages if you so desired to!

Also note that some levels have hidden secret areas where you can acquire gear, one such place is in the night forest where I got a hat that allowed me too jump higher! You can also buy gear from the vendor in Vesilia, I would recommend doing this since the stock does rotate after some time and features some really nice gear and spells in which you can use.

I do believe that in my final battle I was equipped with some rather... interesting abilities, in no particular order:

Also in Vesilia there's a bounty hunter who you can talk with to get bounty jobs for quick gold, and yes these do refresh after some time too! With every kill that you do you will receive the following things:

At the end of some of the levels you are pitted against the boss, for example at the end of the first Chapter there is a plant boss, fairly easy to beat #NoSpoilers, where is the fun if I tell you how to beat it. After successfully beating it you'll receive a full heart to add to the many hearts that you have, kind of something out of Zelda games, you can also get these hearts in shards, after finishing a stage, 3 shards makes a heart, the same applies for mana shards. 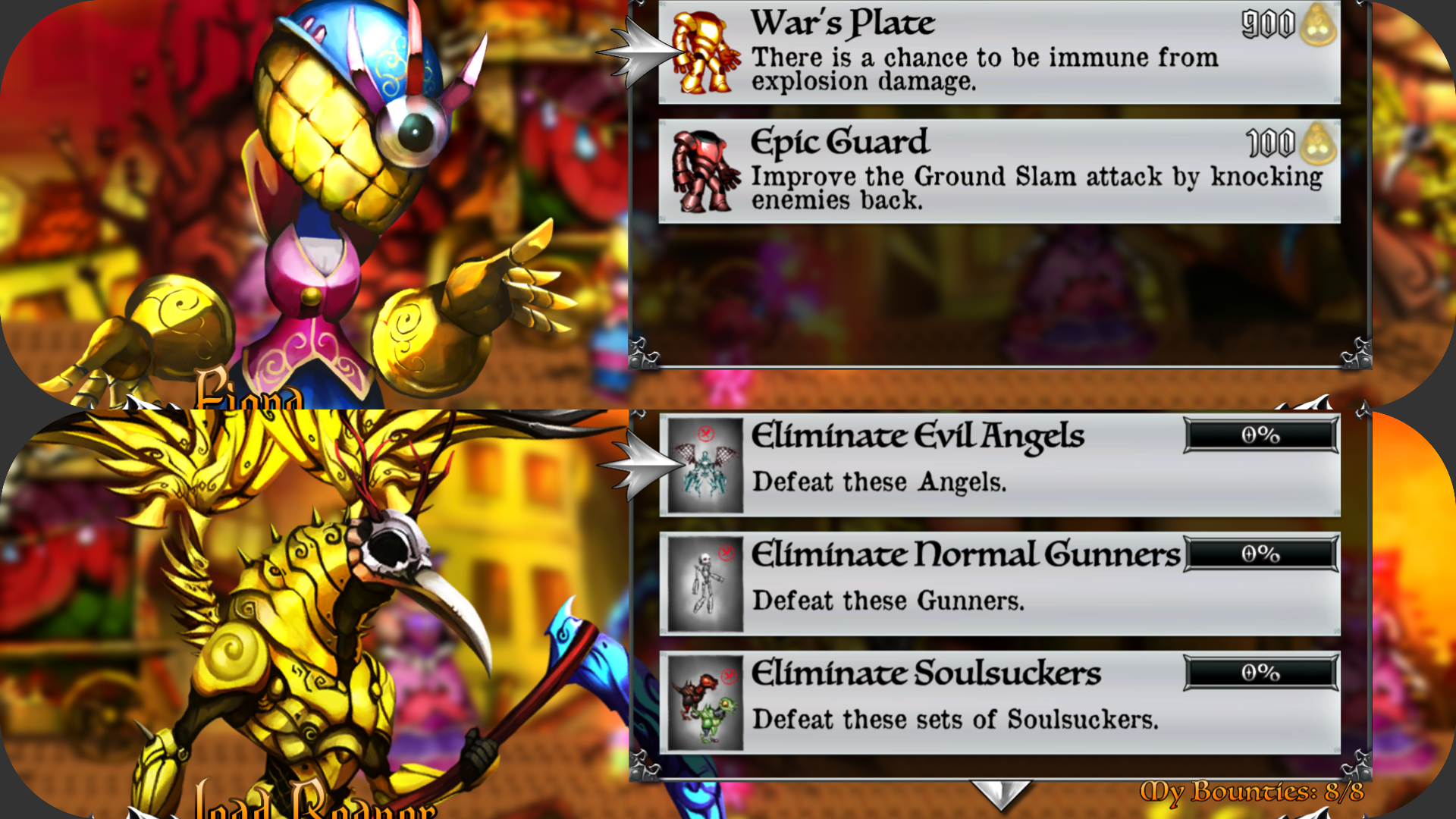 Initially, I thought this game was going to be trippy, with so many different colours and fast paced action that could instantly get you killed, while the latter is true the colours blend pretty well with each other, and the fights are seemingly easy.

Though for the boss fights, I would have wanted to know how much health the boss has, or had left, it felt rather.. Blah to say the least.

Pretty much just bunny hopping around, dodging attacks and hoping that you are close to beating them, I think I was fighting that final boss for 10-15 minutes before he finally died, but what can you do? I guess it just adds some intensity to it.

The thing I hated the most, were those stupid flying angels, there are 2 types of angels, the ones that fly away, or the ones just out of your reach, man I hated those things, the final boss also summons these too, so be wary. Ice and fire will probably be your friends here.

As far as the story and sounds go, the story wasn't really piquing my interest, and I eventually muted the sounds since it got annoying. Graphically speaking, uniquely designed and a really nice flavour and balance of colours compared to other side scrollers. I didn't decide to make a video this time, but maybe I will someday, and update the page just to keep your keen eyes interested! 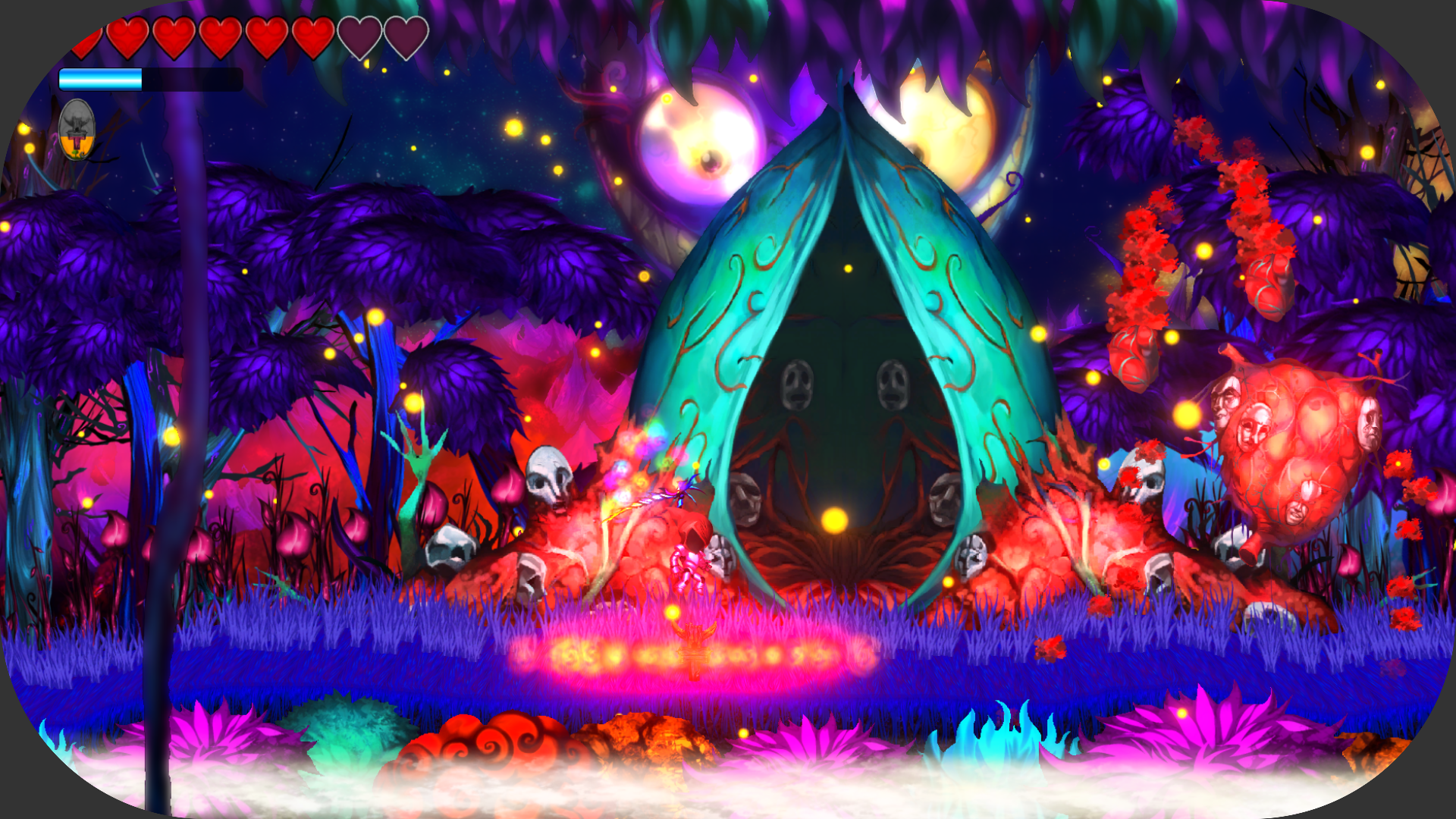