Do you enjoy a good mix of tactical elements, adventure, and stealth, all tightly packed into a dark, fascinating story? We felt it was a rhetorical question, so that’s the experience we’ve crafted ;)

Try different tactics in each mission. Distract the enemies or drop parts of destroyed buildings on their heads. The interactive environment opens up many tactical options for you to explore.

War Mongrels is a top down, strategy based game set in the era of World War 2 around the Eastern front in 1944.

Developed by DESTRUCTIVE GAMES, they have set their eyes on focusing attention to an area of a game that's not really been covered much by other gaming companies.

Sure you have games like Call Of Duty, and Battlefield that are set in the same era, but it still doesn't have the same top-down effect that War Mongrels has.

Destructive Games have their own franchise by the same name, but are also backed by other names such as Surefire.Games and DMM Games - Asia.

You begin your mission under fire by the enemy, this begins the tutorial stage where you must now think tactically otherwise you will be shot.

You are 2 soldiers that served in the German Army, now deserted from that very same Army. You make your way across several battlefields, saving other comrades to aid you in the fight, as well being able to either tactically disguise yourself, or go guns blazing, not the best idea as I have tried it, and failed.

You can view enemy sightlines, and even wait in hiding in bushes to prepare for an ambush or to stealthily view enemy routes, as some of them do tend to walk around.

Also be on the lookout, as there are several hidden collectables that are in plain sight on each stage setting.

I found that moving silently and using each characters abilities allows for much better freedom and ease of mind. You don't always have to kill every enemy, just enough to be able to get the job done.

The controls can be a little funky at times, but it's never annoying enough to be able to play if efficiently, the only time I really stopped playing is when the difficulty went from 10 to 100 in a matter of seconds, you will find out what I mean when you reach the point of saving civilians from a train carriage!

I've played quite a bit of it, and I do rather like how the game is designed and made, my only negative is that it takes so long to come up with a solid solution, but it does make a real nice Strategy game if you're into the waiting game.

War Mongrels makes you think, as there are commanders who can see through your disguises as well as dogs that can smell you, my advice is to be tactful before advancing, and don't forget to hide the bodies, they can be discovered.

You can support or view from their official webpage from this link - https://www.warmongrels.com/ 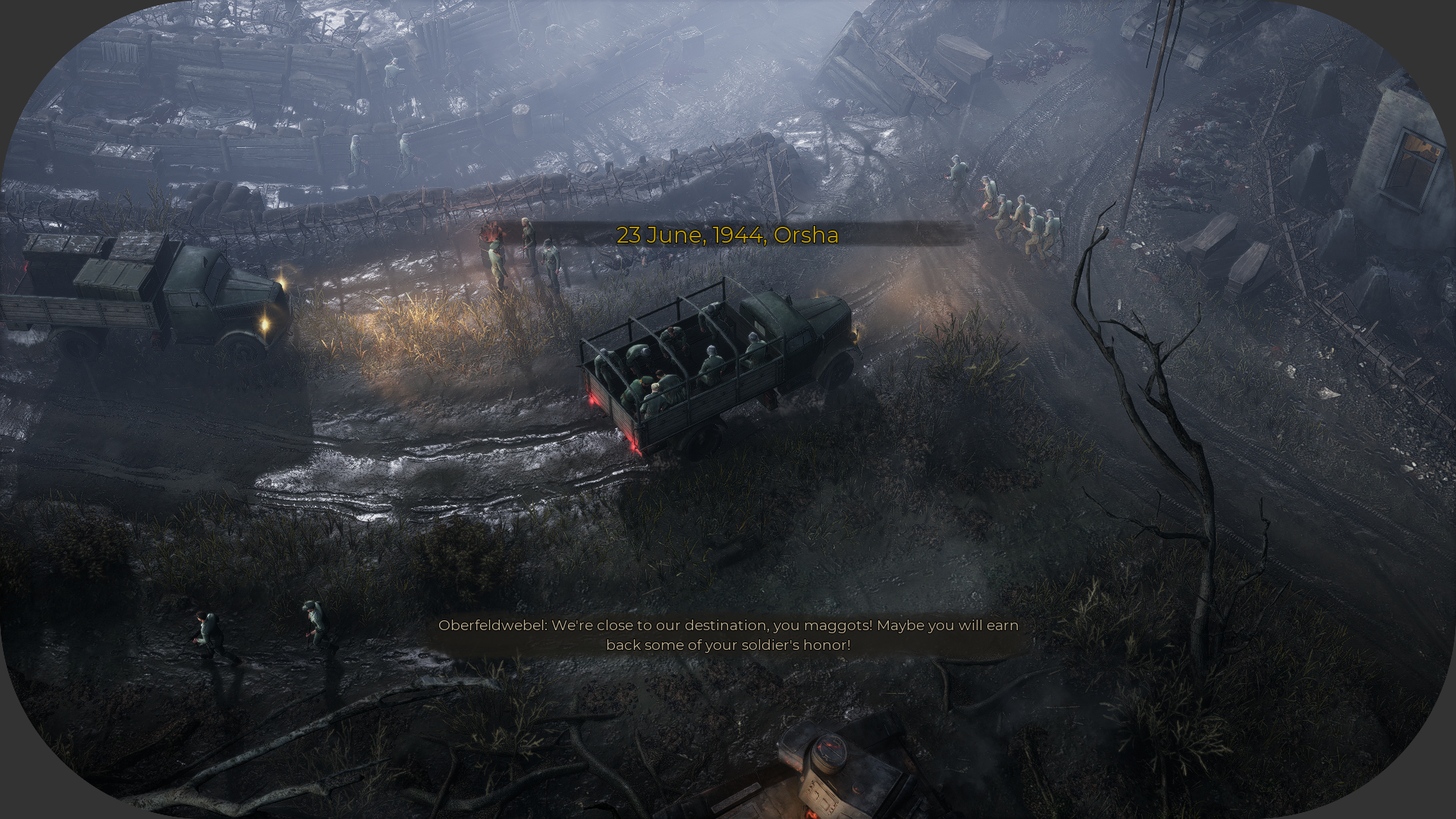