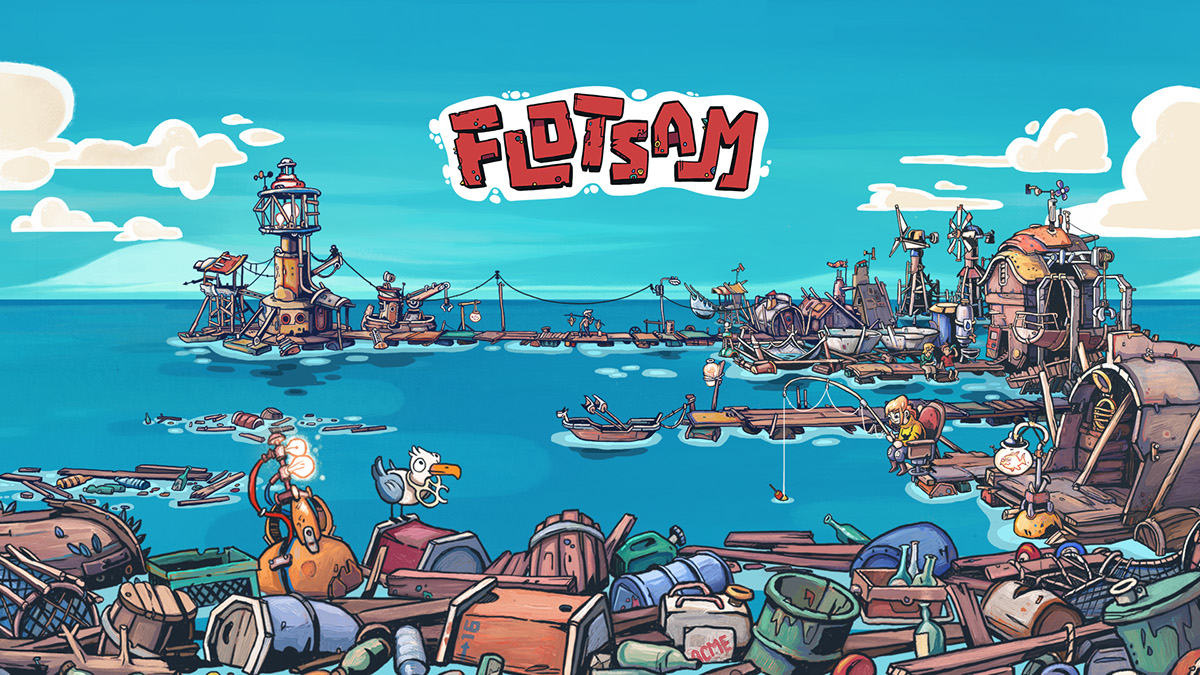 Flotsam Developed by Pajama Llama Games and Published by KongregateI want to start off this review by stating that this game is Early Access on Steam. While some people don’t like playing early access games because they don’t want to deal with little content that is buggy, which is understandable, I have also played games that were past the early stages and just buggy as hell. Now to dive into Flotsam which if you didn’t know Flotsam means debris that is floating around, pretty great name for a floating garbage town survival game.Let me tell you about the graphics because honestly,